Office of Fraternity and Sorority Life

WELCOME to our Community

Over 1600 students belong to one the 26 recognized Southern Miss fraternities & sororities. Fraternity and Sorority Life at Southern Miss is home to three student governing bodies: National Pan-Hellenic Council (NPHC), the Interfraternity Council (IFC), and the College Panhellenic Council (CPC), and the Fraternity and Sorority Life supports its members by promoting personal growth and intellectual development and providing members with connections that will last throughout college and beyond.

In addition to serving as a community resource for fraternities and sororities on campus, each council oversees the implementation of the handbooks, policies, and sponsors community-wide programming.

Serving under each council is a Judicial Board of peer adjudication panels that works with the Office of Fraternity & Sorority Life to mediate chapter violations of University policies and procedures. Members of the judicial board are selected in a highly competitive process. This process, as well as hearing procedures, are outlined in each councils Policy & Procedures along with the Office of Fraternity & Sorority Life Gold Book.

The College Panhellenic Council (CPC) at Southern Miss is the governing body for the eight National Panhellenic Conference (NPC) sororities on campus. CPC is responsible for setting all policies and regulations that concern our sorority community. The council is made up of eight executive board members, the eight chapter presidents, and one voting representative from each sorority (Panhellenic Delegate). CPC coordinates events on campus including educational programs/speakers, community service projects, and formal recruitment. 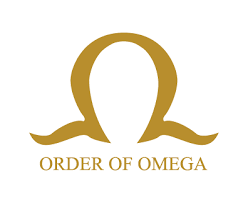