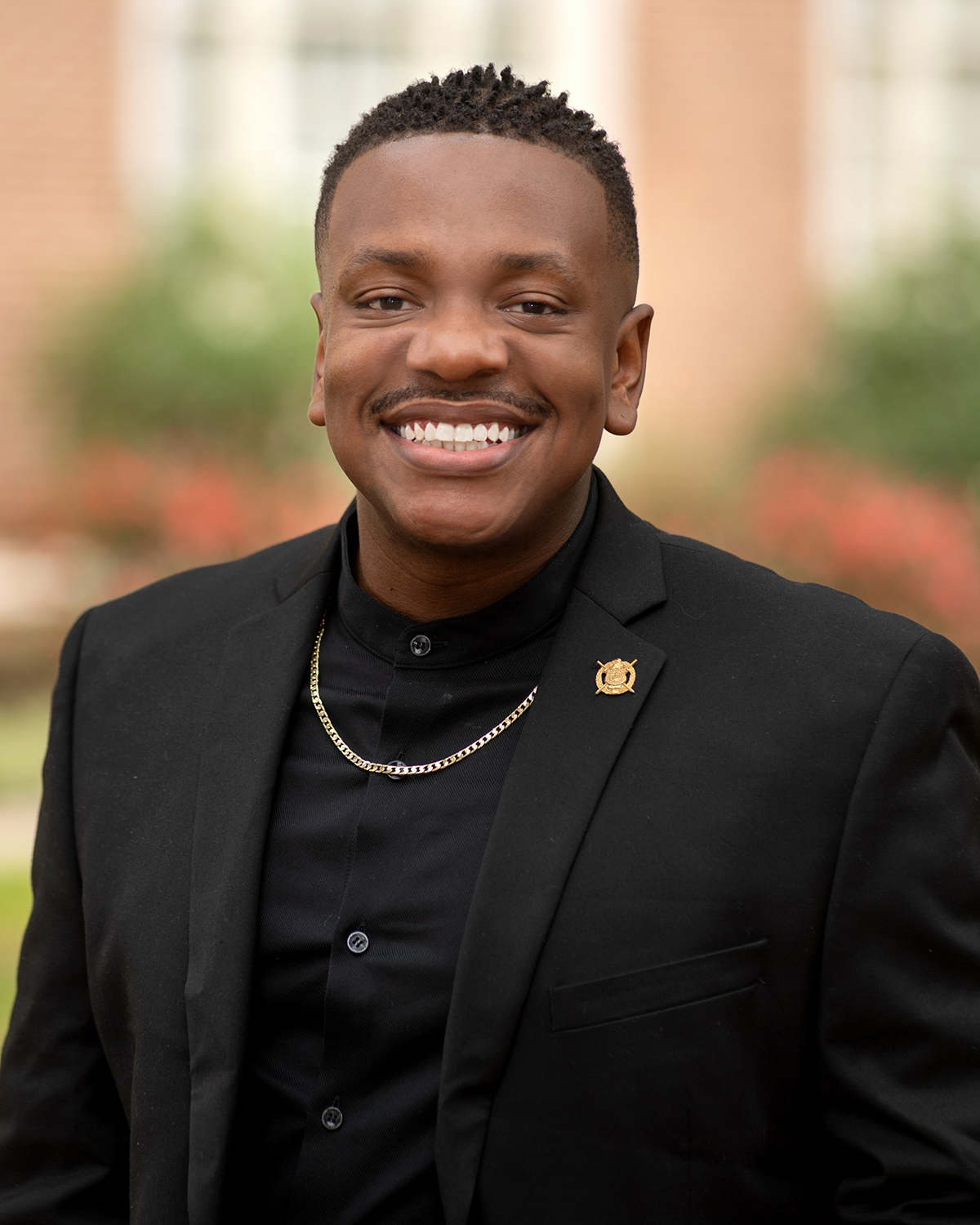 Jaborius (Juh-bor-ee-us) Ball is originally from Foxworth, MS, by way of West Bloomfield, MI. He received his Bachelor's in Secondary Education Social Studies and Geography Comprehensive from Eastern Michigan University. He began his educational career as a high school Social studies teacher to fill the gaps that BIPOC (Black, Indigenous, and People of Color) American history books leave out.

After a couple of years, He pursued a career in higher education, thus receiving his Master's in Educational Leadership in Higher Education Student Affairs from Eastern Michigan University. During his undergraduate journey, he became a member of the Omega Psi Phi Fraternity Inc., Theta Gamma Chapter, where he developed a passion for serving his community. Ball comes to USM from the University of Arizona where he served as the Coordinator of African American Student Affairs, and the Program Assistant for the EMU Opportunity program at his alma mater of Eastern Michigan University. During this journey, he chose to serve his country proudly as a reservist in the United States Army.

As of January 2021, he decided to return to Hattiesburg, Mississippi, three years later. Currently, as the Director of Inclusion and Multicultural Engagement at the University of Southern Mississippi, while completing my Ph.D. in Higher Education Administration, he serves historically underserved students. He aims to help them persist, retain, and graduate from the institution. In addition to everything, he is a world traveler, an avid Marvel moviegoer, & Dad joke connoisseur in his spare time.

Office of Inclusion and Multicultural Engagement