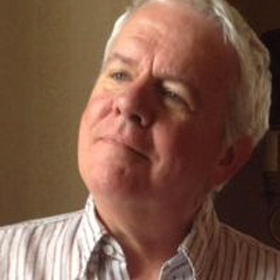 Rob Mulholland has directed and designed over 100 productions regionally, nationally, and internationally. As Artistic Director of American Festival Theatre in London, he directed film and stage actors Imelda Staunton, David Thewliss, George Takei, Steve Guttenberg, and many others in various multiple award-winning productions..

He has worked with actors and singers from The Royal National Theatre, The Royal Shakespeare Company, Broadway, The Metropolitan Opera, and Hollywood. For The University of Southern Mississippi: West Side Story, Don Giovanni, Cosi fan tutte, Die Fledermaus, The Merry Widow, The Barber of Seville, The Fantasticks, Company, Side by Side by Sondheim, Joseph and the Amazing Technicolor Dreamcoat, The Marriage of Figaro, The Tender Land, Godspell, As You Like It, and others. For Mississippi Opera: Carmen, Passion and Fireworks, The Mikado, and The Pirates of Penzance. He has served as Production Manager for Placido Domingo in Concert and Ray Charles in Concert. In New Orleans: Disney’s Beauty and the Beast (twice), Into the Woods, and Mel Brooks’ The Producers, for which Rob won a New Orleans Award as Director of the Year. His numerous musical theatre credits for Hattiesburg Civic Light Opera include the record-setting Les Miserables, Jesus Christ Superstar, Cats, Oliver!, Grease, The Music Man, South Pacific, The Drowsy Chaperone, Camelot, A Christmas Carol, and many others. He is the author of Best of the Mississippi Blues (starring Vasti Jackson), a two-time featured presentation of FestivalSouth and A Signature Event at 2015’s Natchez Festival of Music, where he has also done Don Giovanni, Kiss Me Kate, A Little Night Music, and the Natchez Tri-centennial production of Showboat. Last Fall in Hattiesburg he directed Macbeth, the first-ever Shakespeare-in-the-Park in Hattiesburg. This spring he will direct A Midsummer Night’s Dream, another Shakespeare-in-the-Park event, produced by Hattiesburg Civic Light Opera. Rob holds an undergraduate degree from Brown University and a graduate degree from Duke.