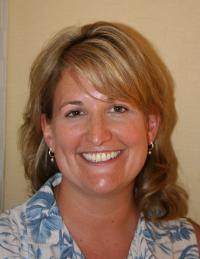 Dr. Susannah Ural, the 2013-2015 Blount Professor of Military History at The University of Southern Mississippi, will present “John Bell Hood's Texas Brigade: Why Unit Histories Still Matter,” a special lecture about her research on Thursday, March 26, from 4-5 p.m. in the Liberal Arts Building, Room 203. A reception will follow the event, which is free and open to the public.

Her lecture will include findings of her research about John Bell Hood's Texas Brigade in the U.S. Civil War era, the subject of her most recent book. Hood's Boys: John Bell Hood's Texas Brigade and the American Civil War examines an elite Confederate unit at war, their families at home, their postwar lives and how these experiences offer insights the Confederacy, the 19th-century American South and the history of Americans at war.

Ural was awarded the first General Buford “Buff” Blount Professorship in Military History in 2013. The professorship was designed to provide support to a Southern Miss military historian to make the major scholarly contributions, which keep the Dale Center ranked among the top war and society programs in the nation. At the end of their two-year term, the Blount Professor of Military History presents a lecture based on the findings of their research.