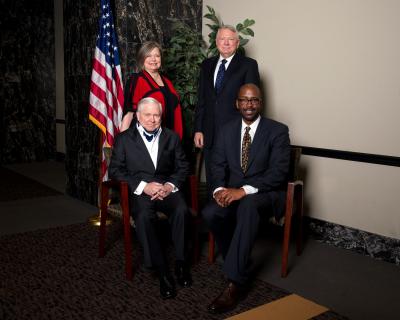 Launched Feb. 6, 2014, the Dale Center for the Study of War & Society Campaign has exceeded its $2 million goal. The fundraising initiative built upon early successes of the program and elevated the Dale Center from one of the top five military history programs in the country to the premier academic program for the study of war and society in the United States.

Located at The University of Southern Mississippi, the Center is also a hub for the study of leadership, and a resource for decision-makers interested in the outcomes of war.

“The successful completion of the Dale Center Campaign is a remarkable feat. The fellows of the Dale Center wish to thank our patrons and supporters for all of their encouragement and aid,” said Dr. Andrew Wiest, distinguished professor of History and founding director of the Dale Center. “Their generosity will enable the Dale Center to reach even greater heights of scholarship, teaching and community outreach – placing the Dale Center and Southern Miss firmly in a position of international leadership in this important field of study for many years to come.”

Long-time University supporters Dr. Beverly Dale and Maj. Gen. Buff Blount, U.S. Army (Ret.) spearheaded the Campaign by leading a 10-member steering committee. Eager to see the enhancement of the Center begin, Dale jumpstarted the Campaign by making the lead contribution to establish a support endowment. In recognition of her gift, the Dale Center is named in honor of her family. Dale's late father, Lt. Col. John H. Dale Sr., served as a professor of Military Science, head of the Department of Military Science and head of the ROTC Program at Southern Miss from 1957-61 and 1964-66.

“Buff and I believe that the fine scholars in the Dale Center will continue on their path to making this military history program at USM one of the very best in the nation,” said Dale. “My entire personal, political and professional life has been colored by my years growing up as a child of a U.S. Army Officer and his very excellent Army wife. My brother's oldest son now makes a career in the U.S. Air Force. I am so very happy to have the Dale family name attached to the Center for the Study of War & Society at my alma mater.”

The funds raised during the Campaign, which totaled more than $2.02 million, will allow the Dale Center to expand its already impressive list of programs and events, to include:

The success of the Campaign was made possible through generous contributions by loyal Southern Miss alumni and friends.

For Col. Wayde Benson, a retired Marine and member of the USM Foundation Board of Directors, it was a roundtable discussion that inspired his interest in the Dale Center. After attending several public lectures, he became an active participant and generous donor, supporting the Dale Center through monthly donations.

“I can't say enough about the quality of the professors and the students that I've met through this program,” said Benson. “The Dale Center is a very bright spot in the University.”

It was Benson's most recent contribution of $24,000, along with a $30,000 commitment from Carroll, Warren & Parker, PLLC, that pushed the Campaign beyond its $2 million goal.

As one of the country's top war and society history programs, the Dale Center serves as a resource for the study of the history of conflict and its influence on both soldiers and civilians. Attracting graduate students nationwide to study warfare, the Center provides opportunities through the study-abroad program at Southern Miss to study the history of war with faculty in locations such as Normandy and Vietnam. The Dale Center also engages the community through its Richard McCarthy Lecture Series, monthly War and Society Roundtable discussions and the Lt. Col. John H. Dale Sr. Distinguished Lecture Series in International Security and Global Policy.

The Dale Center has an impressive list of accomplishments. Some of their recent successes include the following:

“In 2001, the Dale Center for the Study of War & Society was founded at Southern Miss to foster a better understanding of the history of warfare, especially questions about how wars affect societies and how societal values influence how wars were fought,” said Wiest. “Now, fourteen years later, through an amazing collaboration of faculty, students and a wonderful group of community supporters, the Dale Center has risen to a role of international prominence in the field.”