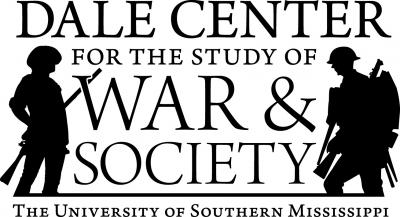 The Dale Center for the Study of War and Society at The University of Southern Mississippi and the Mississippi Humanities Council will co-sponsor an event Sept. 1 featuring a screening by Mississippi Public Broadcasting (MPB) of excerpts from renowned filmmaker Ken Burns' new documentary television series on the Vietnam War.

The program, titled “Vietnam Reflections: Mississippi Stories,” will be held from 10 a.m. – 2 p.m. at the Ocean Springs Civic Center and also include a panel discussion, luncheon and tour of the Mississippi Vietnam Veterans Memorial. Dr. Andrew Wiest, USM University Distinguished Professor of History and founding director of the University's Dale Center for the Study of War and Society, will serve as a member of the panel. Editorial cartoonist Marshall Ramsey is the panel moderator and emcee for the event.

MPB Public Relations Specialist Thomas Lambert says the goals of the event are to honor Vietnam veterans and facilitate ongoing conversation in the community about the impact of the Vietnam War and the issues veterans face in general.

“The Vietnam War heavily influenced U.S. military and foreign policy, as well as Americans' attitudes toward foreign conflict and their level of trust of those in power,” Lambert said. “It is important that we discuss these ramifications and recognize the veterans who fought, often thanklessly, in this war that was such a pivotal point in history.

“We're excited about the panel of experts assembled for this program, as well as giving a preview of this documentary series that we look forward to sharing with MPB viewers.”

A historian of the Vietnam War, Wiest is the author of several books on the war, including "The Boys of '67: Charlie Company's War in Vietnam," which is the basis for the National Geographic Channel and Lou Reda Productions' Emmy-nominated documentary Brothers in War, with Wiest serving as lead historical advisor to the project.

Wiest said the period 2015-2025 marks the 50th anniversaries of the Vietnam War, from when U.S. Marines first splashed ashore on the beach outside Danang through the agony of the Tet Offensive, to American withdrawal in 1973 and the fall of Saigon in 1975.

“Arguably these events, and the war of which they were a part, were the critical moments for America in the late 20th century, pointing us toward our fractured future,” Wiest said. “Perhaps because the events themselves were so controversial, their anniversaries have been passing with little public notice, which is a real shame.

“Hopefully the release of this documentary will spark a renewed interest in Vietnam, giving it and the men and women who fought it, their rightful place in history. Screening excerpts from the documentary, and then discussing the film with veterans who were there, is a perfect way to get the historical ball rolling and bring this important history to our local community.”

In addition to Dr. Wiest, guest speakers for the panel discussion include:

• Trang Pham Bui, a Vietnamese-American who fled her native country at the end of the war and now makes her home on the Mississippi Gulf Coast. A former award-winning reporter for WLOX-TV in Biloxi, she currently serves as public relations specialist for Harrison County School District.

• Retired Air Force Lt. Col. Dick Wilson, who served as a pilot in the Vietnam War from 1971-72, among many other accomplishments in a distinguished military career. He played a major role in the establishment of the Mississippi Vietnam Veterans Memorial in Ocean Springs.

*Retired Sgt. 1st Class Charles J. Brown of Hattiesburg, who earned two bronze stars for his service in the Vietnam War from 1967-1968 with the U.S. Army's 173rd Airborne Brigade.

This program is free and open to the public; however, registration is encouraged as space is limited. Register online or get more information about this event at www.mpbonline.org/vietnamevents.