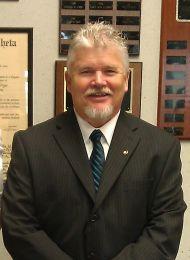 Dr. Andrew Wiest, a University of Southern Mississippi professor and one of the country's leading experts on military history, is serving on the Department of the Army Historical Advisory Subcommittee (DAHASC).

The DAHASC grew out of the Department of the Army Historical Advisory Committee, which was formed by the Secretary of War in 1943. It is the oldest advisory committee in the Army, and serves as an external source for the Army History Program to help it ensure its programs and products are well-managed and consistent with the highest historical standards of accuracy and objectivity.

The DAHASC meets once a year in Washington, D.C. to review the Army Historical Program, meet with the Director of the Center of Military History and the Chief Historian, and provide advice on how to improve the Center's production of historical works and management of the Army's various historical projects. DAHASC members serve for a two-year period with the possibility of an additional two-year extension

Wiest, who joined the USM Department of History faculty in 1992, is founding director of USM's Dale Center for the Study of War & Society. An internationally recognized expert on the Vietnam War, he is the author of The Boys of '67: Charlie Company's War in Vietnam, the basis for the Emmy-nominated documentary Brothers in War, with Wiest serving as lead historical advisor to the project. A Southern Miss alumnus, Wiest is a member of USM's Alumni Hall of Fame.

Dr. Susannah Ural, USM professor of history and co-director of the Dale Center, previously served on the DAHASC. Dr. Ural's research expertise includes the U.S. Civil War; her latest book is Hood's Texas Brigade: The Soldiers and Families of the Confederacy's Most Celebrated Unit.

Dr. Kyle Zelner, chair of the USM Department of History and co-director of the Dale Center, said the appointments of Wiest and Ural “cement the standing of the Dale Center for the Study of War & Society as an academic center of excellence.”

“The Dale Center and Department of History are extremely proud of the service of Dr. Wiest, and before him, Dr. Ural, on this important committee,” Dr. Zelner said. “The Secretary of the Army appoints only a small number of nationally-recognized experts in the field of military history to advise the Army on all matters relating to Army history, from the work performed by Army historians to the museums the Army operates.

“The fact that in the past 10 years, the Army has selected two historians from the Dale Center to serve is a testament both to the admiration the Department of the Army has for the scholarship of Drs. Wiest and Ural, and to the sterling reputation of the Dale Center in the field of military history.”