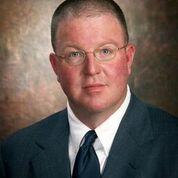 The University of Southern Mississippi Alumni Association installed its executive committee for the 2018-19 fiscal year on July 1, with Hattiesburg native Kim Bradley assuming the duties of president. The committee is comprised of alumni who are accomplished leaders in their communities and demonstrate strong commitment to the betterment of the University.

“We are looking ahead to a very impactful year for the Association,” said Jerry DeFatta, executive director of the Southern Miss Alumni Association. “Over the coming year, alumni of The University of Southern Mississippi will begin to see new programming, enhanced communication and more opportunities for engagement as a result of our organization's recent strategic planning initiative. The Association is fortunate to have outstanding, dedicated alumni to lead our organization in these efforts, and others, as we continue in our service to the University.”

Kim Bradley owns Taylor Rental in Hattiesburg and is a lifelong Golden Eagles fan. He was born and raised in Hattiesburg, is a graduate of Hattiesburg High School and earned a Bachelor of Science degree in business from Southern Miss in 1985. While at USM, he was a member of the golf team and president of Kappa Alpha Fraternity. Bradley served his community as the representative of Ward 1, which includes the northwestern part of Hattiesburg and The University of Southern Mississippi, for 12 years.

His commitment to the University has continued over the years: he is a season ticket holder for every sport, has served on numerous committees and sponsored the legislation that created Go Gold Fridays in Hattiesburg. Bradley is a Life Member of the Alumni Association, a member of the Circle of Champions and the 2013 recipient of the Outstanding Alumni Service Award. In 2016, he was inducted into the Southern Miss Alumni Hall of Fame.

Brandley attends Venture Church in Hattiesburg. He and his wife, Erin Pittman Bradley, have two daughters, Alex and Abby.

As a basketball forward, Rickey Jones was part of some of the most impressive Golden Eagle teams to ever run up and down the hardwood. As an alumnus, he has played an important role on many of the teams that helped contribute to Southern Miss's success, including serving on the boards of directors for the USM Foundation and M-Club, and as a member of the Eagle and Hardwood Clubs.

In 2006, he served as a member of the Alumni Association's Presidential Transition Team, as well as the Mississippi Board of Trustees of State Institutions of Higher Learning's Search Advisory Committee, that assisted the IHL Board in its search for the ninth president of the University which ended in the selection of Dr. Martha Saunders.

In 2007, the Alumni Association honored Jones for his service to his alma mater with the Outstanding Service Award, and he was inducted into the Southern Miss Alumni Hall of Fame in 2010. Jones earned his bachelor's degree in sports management from Southern Miss, and currently resides in Jackson where he works as a business consultant with Front Court Development.

Pamela Munger graduated from Southern Miss in 2003 with a bachelor's degree in marketing. Currently, Munger is the owner and human resources director for Chik-Fil-A of Hattiesburg on Highway 98. While at Southern Miss, Munger was a member of the tennis team and counts her time as a student athlete among the highlights of her undergraduate experience.

Munger has been a member of Junior Auxiliary in Starkville for the last few years before moving back to Hattiesburg in early 2018. She looks forward to being more active and engaging with the Hattiesburg community in future projects.  Munger and her husband, Jon, have one son, Jon Corbin Munger.

Today, Powell is a partner at the law firm of Sherrard, Roe, Voigt & Harbison in Nashville, Tenn., with a practice that involves health care and corporate matters. He is actively involved in the ABA Health Law Section and is a regular author and speaker on health care legal matters. He is listed in Best Lawyers in America and recognized by Chambers USA.

This Life Member of the Alumni Association is a member of the Eagle Club and Hardwood Club and a season ticket holder in football and basketball. He was on the Association's board of directors from 2000-03 and served on the USM Foundation board of directors from 2011-13. He received the Alumni Association's Outstanding Service Award in 1993 and the Continuous Outstanding Service Award in 1997. He was inducted into the Petal High School Academic Hall of Fame in 2011.

Powell is married to Deana Drewry and is the proud father of three children, Alisha Powell Lay, Drew Powell and Patrick Powell.

Ethan Smith graduated from Southern Miss in 2006 with a BSBA in Finance and a Master of Business Administration in 2007.  While at Southern Miss, Smith was a member of Kappa Sigma Fraternity. A native of Poplarville, he is an avid Southern Miss fan thanks to his parents, and credits Southern Miss with providing many unforgettable childhood memories along with a great collegiate experience that has forged relationships and friends for life.

Smith resides in Pass Christian with his wife, Camille. He is currently a partner with Van Kirk Wealth Advisors in Gulfport.

About the Southern Miss Alumni Association:

The mission of the Southern Miss Alumni Association is to build a feeling of pride and loyalty among the alumni of the institution while strengthening participation in alumni and University programs; to coordinate the efforts of alumni on behalf of the University as a whole; and to provide a unified voice for all alumni in the affairs of the University. To learn more about the Southern Miss Alumni Association, including membership benefits and rates, visit SouthernMissAlumni.com.