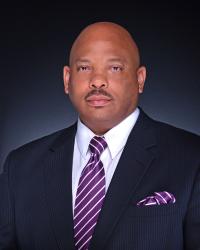 The University of Southern Mississippi's mission of educating students, conducting research and providing outreach in support of the growing business and industry in the Pine Belt and Gulf Coast regions were discussed during the University of Southern Mississippi visit that was held last week as part of the Commissioner's Listening Tour. Dr. Alfred Rankins Jr., Commissioner of Higher Education, learned more about how Southern Miss serves its students, the state and the Gulf South region.

“I am excited about the future of Southern Miss,” said Dr. Alfred Rankins Jr., Commissioner of Higher Education. “The university plays a key role in educating the future workforce and conducting research vital to the industries in the Pine Belt and Gulf Coast regions of our state. Working together, both the university and the areas surrounding its campuses and research centers have unlimited potential.”

Dr. Rankins met with students, faculty, staff, administrators, elected officials and community members at the meetings held on the University of Southern Mississippi Gulf Park Campus in Long Beach on Thursday and on the Hattiesburg Campus on Friday. In addition, Dr. Rankins toured the Marine Education Center, the Research Building and the Toxicology Building at the Gulf Coast Research Center, where he learned about ongoing research projects and the Center's outreach efforts.

“We were delighted to host Commissioner Rankins and officially welcome him to the Southern Miss family,” said University President Rodney D. Bennett. “His willingness to engage in dialogue with our students, faculty, staff, and external stakeholders demonstrates his commitment to working together to advance public higher education across our state.”

The University of Southern Mississippi campus community outlined efforts to remain student-centered and focused on understanding the needs of a diverse student body, including providing one-on-one advising and understanding the needs of students who work full- and part-time jobs. The resiliency of the Southern Miss family was also noted, with recovery from Hurricane Katrina, the BP oil spill and the 2013 tornado that struck the Hattiesburg Campus given as examples.

Research efforts that support the industries in the Gulf of Mexico were highlighted in the visit to the Gulf Coast Research Lab. At the Marine Education Center, researchers demonstrated how technology allows high school students at the Center to connect with Southern Miss student and faculty researchers on research vessels in real time.

The next stop on the tour is Mississippi University for Women on Wednesday, September 26, with stops at Mississippi State University's Starkville Campus planned for Thursday, September 27, and the MSU-Meridian Campus set for Friday, September 28.  Additional details on the events will be released prior to each tour stop. More information, including a survey on various aspects of the university system, is available online at the following link: www.mississippi.edu/tour.

Named Commissioner of Higher Education on March 23, 2018, Dr. Rankins began serving in this role on July 1, 2018. As Commissioner, Dr. Rankins provides leadership to the university system, including all eight public universities in Mississippi.