USM Professors Research of Chickasawhay River to be Featured on MPB 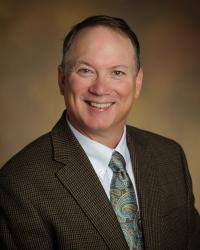 Exciting research conducted by University of Southern Mississippi geology Professor Mark Puckett will be featured during a special TV presentation “35 Million Years Down the Chickasawhay” set to air on Mississippi Public Broadcasting at 7 p.m. on Thursday, April 26.

Puckett co-wrote, co-produced and narrated the special documentary that highlights an expedition of the picturesque state tributary designed to collect fossil samples and study the river's history. Puckett points out that the Chickasawhay River is well-known to geologists, as the strata are rich in fossils and ancient changes in sea level are specifically recorded from there.

“Many species of fossils were first described from that river. I had been to a couple of places along the river previously to collect samples for the small fossils I study,” said Puckett. “However, I wanted to learn more about the formations that occur along its banks, so I thought about organizing a canoe trip with some colleagues from the Mississippi Office of Geology and the Mississippi Museum of Natural Science who know a lot more about the geology of that area than I do.”

The Chickasawhay River is approximately 210 miles long and situated primarily in southeastern Mississippi. It is a principal tributary of the Pascagoula River, which flows to the Gulf of Mexico. The name “Chickasawhay” comes from the Choctaw word chikashsha-ahi, literally “Chickasaw potato.”

Puckett explains that what began as a typical research excursion turned into a full-fledged documentary along a 22.5-mile stretch of the river. Last spring, he pitched the idea of filming the expedition to MPB producer Katie Savage, who enthusiastically supported the project. With one important catch – she needed a script beforehand.

“After the spring semester was over, I wrote a script and sent it to Katie,” said Puckett. “We both worked on it pretty hard over the new few weeks, with a deadline of finishing it by September. Katie and I took a reconnaissance trip down the river in late June or early July, at which time we selected the sites where we would stop.”

Puckett notes that the Chickasawhay cuts across some of the more fossiliferous strata in Mississippi, thus offering exploration and research opportunities not seen in most of the state's other waterways.

“Most of the other rivers in the state either cut across sediments that don't have many fossils or the banks of the rivers are covered with river sediments, basically just a bunch of mud and sand,” said Puckett. “In some places, the banks of the Chickasawhay are unstable and easily erode, so sections stay fresh and unweathered. Overall, as you go down the Chickasawhay, the sediments become younger, so putting all of the sections together you can piece together more than 35 million years of Earth's history.”

Puckett says one of the major takeaways from the excursion and the MPB documentary is to illustrate how the shape of the river and the nature of its banks are directly related to the changes in sea level that happened millions of years ago.

“For example, in the lower stretches of the river we visited near Waynesboro, the banks are steep and there are waterfalls,” he said. “This is because sea level was relatively high. There was little mud washing into the shallow sea, and lots of organisms that made their shells out of calcite thrived. These sediments formed limestone, which is one of the components of cement, thus the sides are steep.”

In other places, Puckett explains the limestone rests atop soft mud that is structurally incompetent. Consequently, giant limestone boulders have sloughed down the bank. In spots without limestone deposited when the ancient sea level was relatively low, the banks are easily eroded and flat.

“What that means is the type of sediment that was deposited and the nature of the sides of the channel are directly related to the sea level millions of years ago,” he said.

Puckett hopes that viewers of the TV special will come away with a better picture of how researchers attempt to translate Earth language into a story everyone can enjoy and understand.

“This is a wonderful planet, and a very interesting part of its story is recorded in the banks of the Chickasawhay River,” he said.

To see a preview of the MPB special “35 Million Years Down the Chickasawhay” visit: