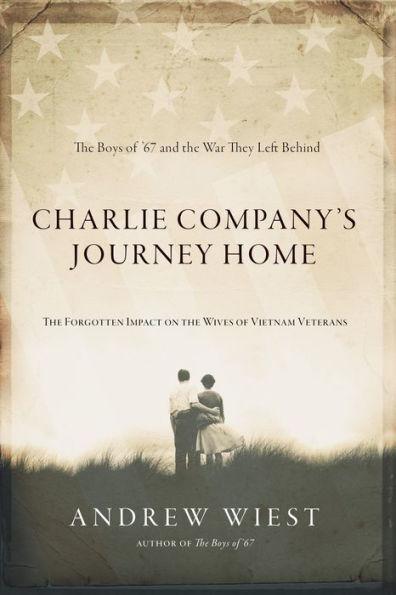 Dr. Andrew Wiest, a distinguished professor of history at The University of Southern Mississippi (USM), will give a talk on his newest book, Charlie Company's Journey Home: The Forgotten Impact on the Wives of Vietnam Veterans Thursday, Oct. 25 at 5:30 p.m. at the Mississippi Armed Forces Museum at Camp Shelby. Admission is free.

Charlie Company's Journey Home tells the stories of the women and families left behind during war, focusing on the lives of eight women while providing an intimate portrait of war and its aftermath. It is a follow-up to his previous work, The Boys of '67: Charlie Company's War in Vietnam, which was the basis for the Emmy-nominated National Geographic special Brothers in War. Dr. Wiest will also be available to sign copies of his new book at this event.

Dr. Wiest said it's his hope the stories in his new book “can also help voice the experience of our military families today.”

“I've long heard war is often most difficult on those waiting for a loved one's return - and feel helpless to impact events, so I set out to tell their stories – to give the wives and families their voice and place in history,” Wiest said. “In Mississippi and in towns across the nation right now, spouses and families are going through the same thing, while their military spouses are deployed overseas.”

Dr. Wiest is founding director of USM's Dale Center for the Study of War and Society and a member of the University's Alumni Hall of Fame. He is a widely published author and respected historian of the Vietnam War and World Wars I and II, and has led students USM study abroad programs in Vietnam and Europe.