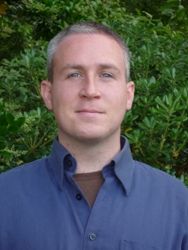 University of Southern Mississippi (USM) School of Psychology Associate Professor Dr. Mike Anestis was recently invited to the White House to give direct feedback on a suicide prevention strategy proposal to be presented to President Donald Trump next year.

On March 5, President Trump signed an executive order (EO) titled “National Roadmap to Empower Veterans and End Suicide (PREVENTS).” The EO directed the Secretary of Veterans Affairs Robert Wilkie, and Director of the White House Domestic Policy Council Joe Grogan, to co-chair and stand up an interagency task force to develop a plan implementing a roadmap for the prevention of Veteran suicide at the national and community level, the “President’s Roadmap to Empower Veterans and End the National Tragedy of Suicide (PREVENTS).”

Efforts supporting the development of the roadmap are already well under way and on target for a March 2020 delivery to the White House. The task force aims to create a national strategy that can help prevent suicide more broadly as well.

Dr. Anestis is a nationally recognized expert on firearms and suicide. The meeting he attended was one of several held over the course of a week that focused on the task force's overall plan, and what is vital to consider for the initiative to be successful.

"The PREVENTS task force is putting together a team of experts to develop a national strategy for suicide prevention,” Dr. Anestis said. “Over the next few months, the plan will take shape, and I’m hopeful the end result will be an effort that helps bend the curve on the national suicide rate."