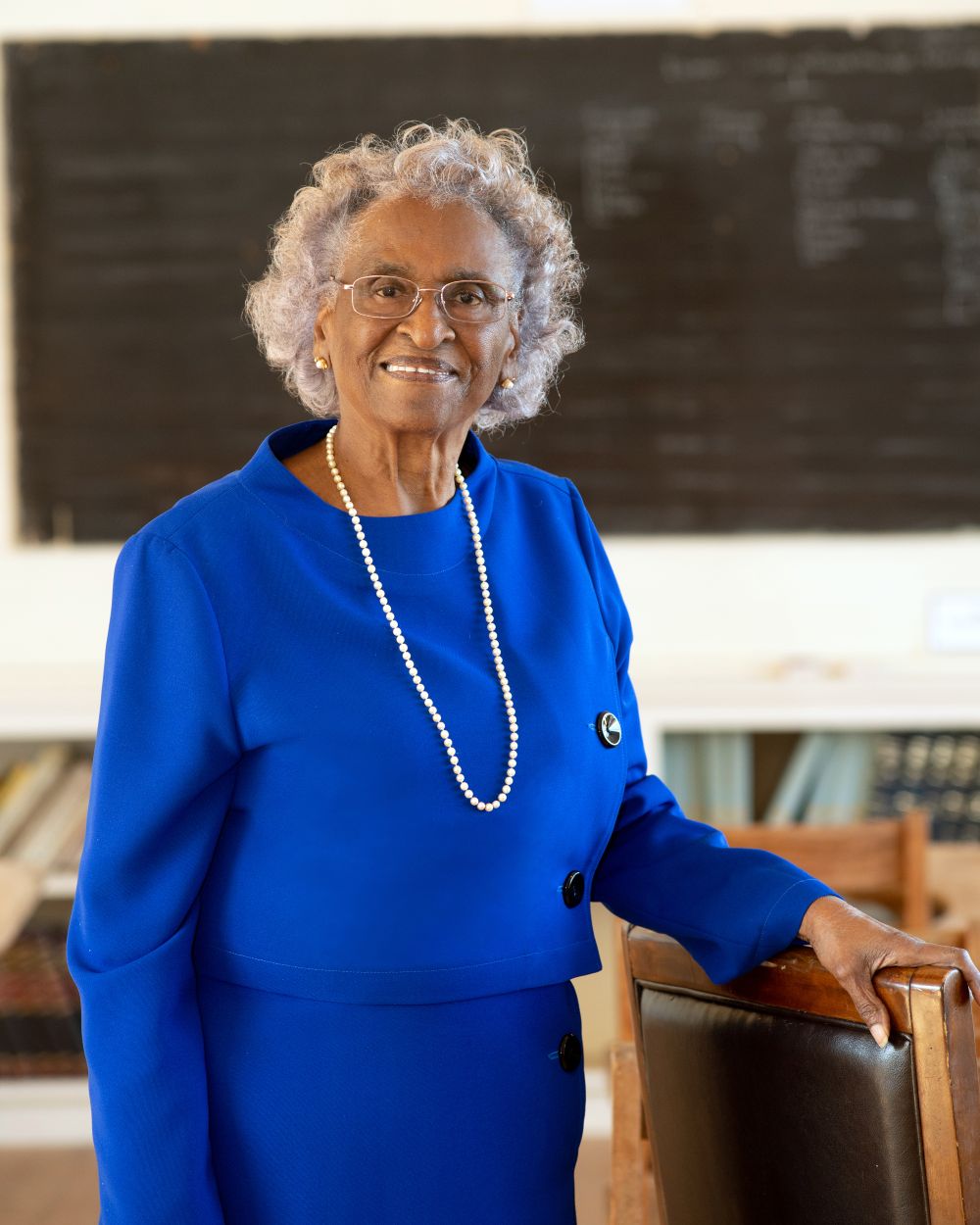 The presentation will take place during the 9 a.m. ceremony on Friday, Dec. 13, in Bernard Reed Green Coliseum on the Hattiesburg campus.

Largely recognized for her work alongside her late husband, voting rights icon Mr. Vernon F. Dahmer Sr., Mrs. Dahmer will be honored for her contributions to the American Civil Rights Movement and her advocacy for literacy and academic achievement.

Together, Mr. and Mrs. Dahmer facilitated voter registration drives and accepted poll tax monies at their family-owned grocery store, located in the Kelly Settlement of Forrest County, to fight voter suppression and promote civic involvement throughout the county and Hattiesburg, Miss.

“It is truly a special occasion when the University has the opportunity to bestow an honorary doctorate upon an individual whose work has made an impact on countless others and our community as a whole,” said University President Rodney D. Bennett. “Mrs. Dahmer is certainly an individual whose life’s work has helped to transform the hearts and minds of many as we continue to work toward a more inclusive and educated citizenry.”

The honorary doctorate is among the highest forms of recognition at the University. Nominees for the honorary degree should have demonstrated in their life and their work high standards of excellence as evidenced by criteria of scholarship, creative activity or service. Nominations are reviewed by the institution’s Honorary Degree Committee, whose recommendation is transmitted to the University Provost, who then makes a recommendation to the University President. Ultimately all honorary degree recommendations are submitted to the State Institutions of Higher Learning Board of Trustees for final review and approval.

“Through the honorary doctorate, the faculties of the University, as represented by the Honorary Degree Committee, recognize individuals of exceptional merit and impact,” said USM Provost and Senior Vice President for Academic Affairs Steven R. Moser. “Mrs. Dahmer is such an individual, and her selection for this honor represents our wish to pay tribute to her life-long commitment to improving the lives of citizens in Forrest County and indeed across Mississippi.”

A native of Jasper County, Miss., Mrs. Dahmer moved to Forrest County during the early 1950s and taught for many years in the segregated Forrest County school system. Despite her immense teaching qualifications, she was denied a renewed contract after school consolidation due to her husband’s efforts and leadership as an advocate of voter rights.

Although the Voting Rights Act of 1965 provided all races equal access to voting rights, the state of Mississippi still required residents to pay a poll tax, which impeded many potential black voters. As a result, Mr. Dahmer publicly announced that he would pay the poll tax for any person who wanted to vote but could not afford it.

The following night, January 10, 1966, members of the Ku Klux Klan (KKK) firebombed the Dahmer’s home and business while the family slept. Mr. Dahmer stayed behind to return gunshots, allowing time for Mrs. Dahmer and their children to escape their burning home. Tragically, Mr. Dahmer succumbed to severe burns and smoke inhalation and died shortly after in the hospital.

Following her husband’s death, Mrs. Dahmer remained on the family’s land and rebuilt her home with the support of local community members. She held multiple part-time jobs, such as cosmetology and newspaper sales, to provide for herself and her children while maintaining the family’s farm, which generously provided resources for anyone in need.

“Mrs. Dahmer’s life has been one of great sacrifice, whereby she stood strong and exemplified tenacity and personal conviction while continuing her quest to serve her community and, more importantly, her family,” said USM Dean of Students Emeritus Eddie A. Holloway. “While facing her tragedy, she continued to be a resource for others who depended on her for inspiration and support. Mrs. Dahmer is a Civil Rights icon in Mississippi as well as America.”

Mrs. Dahmer testified against those involved in her husband’s murder in numerous federal and state trials, which unfortunately resulted in hung juries, mistrials and a few state convictions that were quickly followed by pardons. Still, Mrs. Dahmer persevered and continued the work she and her husband started, serving as Election Commissioner for District 2 of Forrest County for 12 years, and pledging her life to family, education and equal rights.

Decades later, Mrs. Dahmer played a pivotal role in getting her husband’s case reopened. In 1998, the Dahmer family received the justice they had been longing for – the life sentencing of KKK Imperial Wizard Sam Bowers, who was found guilty in the murder of Vernon F. Dahmer Sr.

A lifetime of service has established Mrs. Dahmer as a pillar of Hattiesburg, Forrest County and the state of Mississippi. She taught public school for a total of 38 years in Jasper, Jones, Forrest and Perry counties; holds a life membership in the National Association for the Advancement of Colored People (NAACP); and is a founding member of the Beta Chi Sigma Chapter of Sigma Gamma Rho Sorority, Inc. She is also an active member of Shady Grove Baptist Church, where she has taught the Senior Women’s Sunday School Class for more than 60 years.

“I am proud that the University’s Honorary Degree Committee recommended Mrs. Dahmer for this honor, and especially proud to confer upon her the degree Doctor of Humane Letters, honoris causa,” said President Bennett.

USM's Fall 2019 Commencement Exercises will be held Thursday, Dec. 12, at 6 p.m. for graduate students and Friday, Dec. 13, at 9 a.m. and 2 p.m., for undergraduate students, in Bernard Reed Green Coliseum in Hattiesburg.