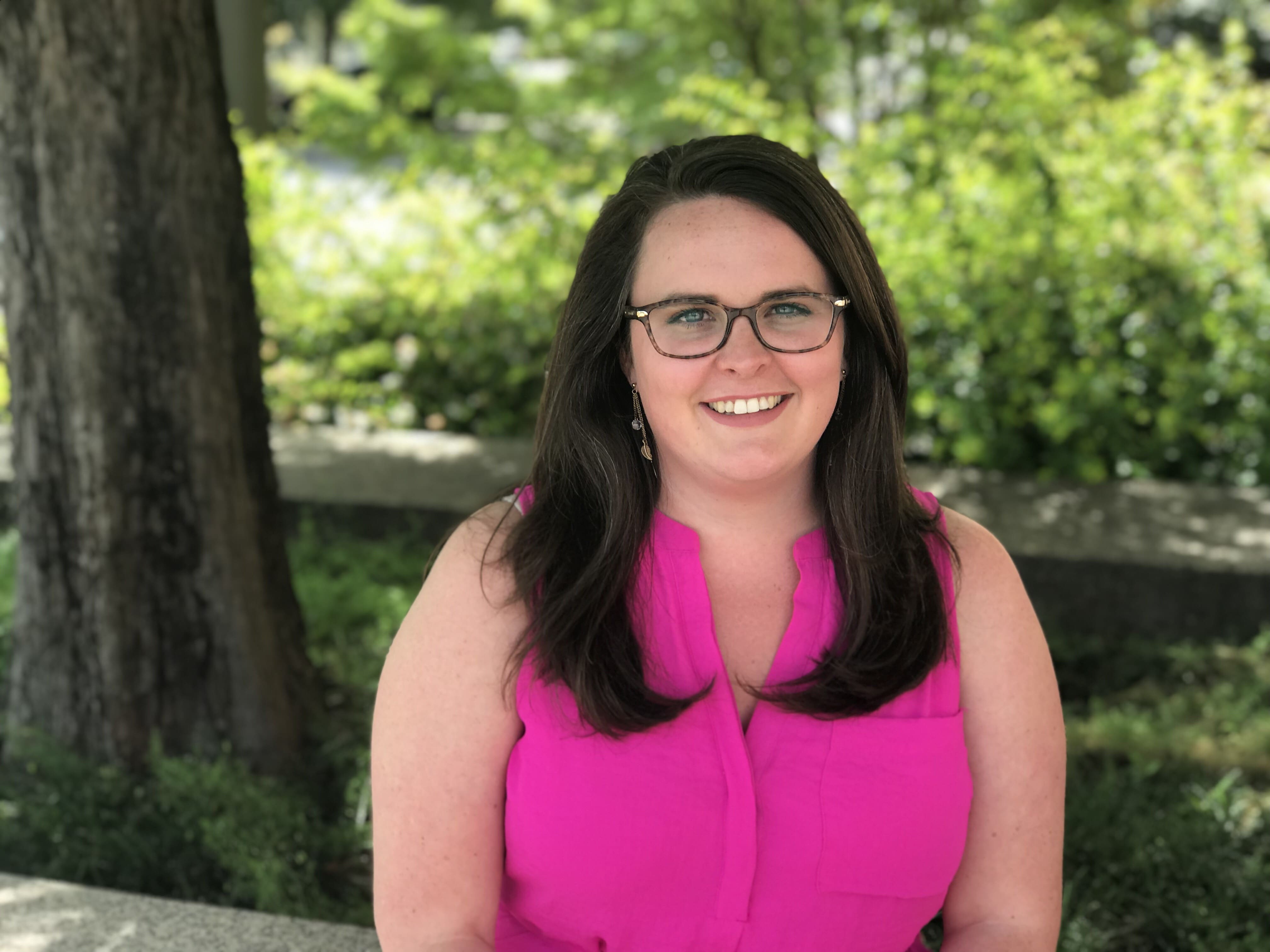 Hayley Hasik believes the perspectives of America’s military heroes, including those of veterans and active duty personnel, enhance and legitimize historical narratives about our country at war through inclusion of their experiences.

A native of Melissa, Texas, Haysik is pursuing a doctorate in The University of Southern Mississippi’s (USM) History program, working closely with its faculty who serve as fellows in its Dale Center for the Study of War & Society. This past summer, she worked as the graduate research assistant for the Dale Center’s newest project “War Stories: Preserving National Guard Voices” alongside Dr. Kevin Greene, director of USM’s Center for Oral History and Cultural Heritage, and Dr. Andrew Wiest, founding director of the Dale Center. The goal of the project is to document the transformation of the Mississippi National Guard into a kinetic fighting force in the Global War on Terror.

In addition to conducting preliminary oral history interviews with Lt. Col. Paul Lyon, former commander of the 150th Brigade Engineer Battalion, and sifted through existing archival materials, Hasik assisted in piecing together a timeline of the 150th Combat Engineers’ deployment to Iraq in 2005. She read through oral history transcripts, looked through photographs, and searched through discs full of documents pertaining to training and mobilization preparation.

Hasik also conducted secondary research to determine what, if anything, had been written on the soldiers in B Company, 150th Combat Engineer Battalion, 155th Armored Brigade Combat Team, or the Mississippi National Guard more broadly. Through oral history interviews and the collection of photographs and documents, Hasik, Dr. Greene and Dr. Wiest hope to collect this information while Guardsmen and women are still living, with their memories intact.

“As someone who has conducted a fair number of interviews, I know how much history can be lost as subjects get further from the event in question,” Hasik said. "We hope to learn from past projects on World War II, Korea, and Vietnam and preserve National Guard voices before they are ravished by age and time."

Hasik said The Dale Center faculty attracted her to USM, and the desire to work with “world-renowned scholars in a variety of subjects related to war and society.”

“USM was the only program I found that offered me the quality and diversity I was looking for,” Hasik said. “Knowing the faculty I admire are willing to work with graduate students, and go out of their way to help us through the process, is incredibly meaningful.”

Hasik earned her bachelor’s degree in history and English, with a minor in astronomy, from Texas A&M University-Commerce, and a master’s degree in public history from Stephen F. Austin University. In 2013, Hasik helped found the East Texas War and Memory Project, an oral and public history project designed to preserve the history of military veterans and their family members.

At USM, Hasik has earned the Lamar Powell History Graduate Scholarship two years in a row. She is also a 2019 recipient of the Russell F. Weigley Graduate Student Travel Grant Award from the Society for Military History.

Hasik’s dissertation research looks at the individuals and institutions who worked to make helicopters the sight and sound of the Vietnam War during the war. Often referred to as the “helicopter war,” she seeks to uncover how and why helicopters became such an integral part of Vietnam War history and memory.

“What I thought was a post-war, media, or popular culture phenomenon is a complex process that involved corporations like Bell Helicopter, and other individuals including key military personnel such as General James Gavin, Colonel John Tolson, General Hutton (the father of the armed helicopter),” Hasik said. “The choices made that led to the rise of helicopters during the war not only shaped their role in Vietnam, but also shaped civilian and military perception of these machines during the war, and their prominence in commemoration and memory after the war.”

With support from the Dale Center, Hasik attended a symposium during the summer hosted by the National Center for Preservation Technology and Training, titled, “Preserving U.S. Military Heritage from World War II to the Cold War.” The three-day event in Fredericksburg, Texas covered topics on conservation, preservation, commemoration, and memorialization.

After completing her program at USM, Hasik hopes to continue her work in academia and research in order to “share the lessons of history, because they are continuously relevant.”

“What Hayley has accomplished is remarkable, because most graduate students don't fully conceptualize their dissertation projects until after they've passed comps,” said Hasik’s faculty mentor, Dale Center Fellow Dr. Heather Stur. “That she is so far ahead of the game is a testament to her diligence, maturity, and commitment to graduate study.

“Hayley is also a leader among history graduate students, and other students look to her for guidance on everything from how to participate in seminars to delivering a conference paper,” Dr. Stur continued. “It is truly a privilege to serve as her doctoral advisor, and I can't wait to see where she goes from here.”

For information about the USM History program’s Dale Center for the Study of War & Society, visit https://www.usm.edu/dale-center-war-society/about-dale-center-study-war-society.php.

Categories: Arts and Sciences Dale Center for the Study of War and Society