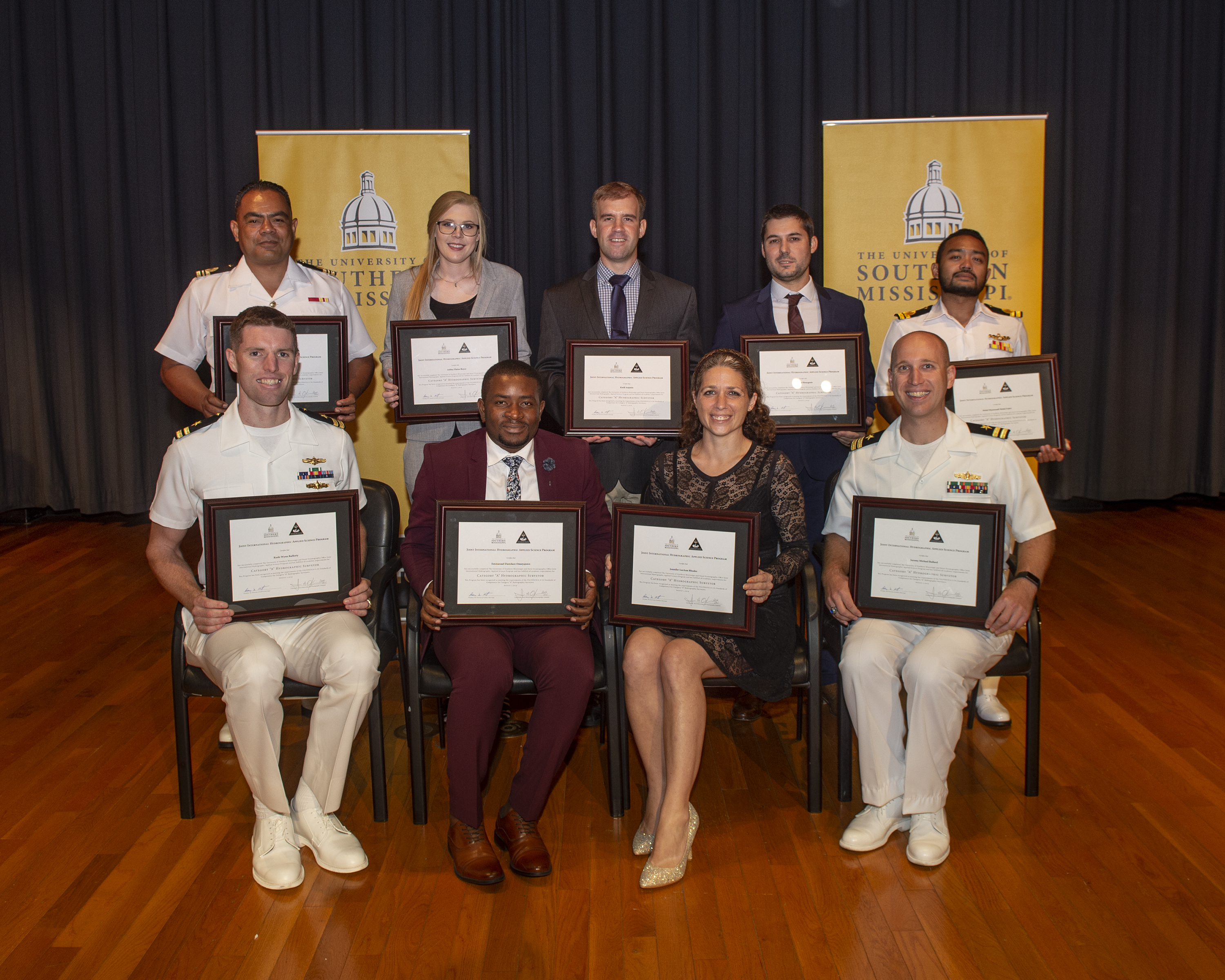 The University of Southern Mississippi (USM) celebrated nine students in a graduation ceremony held Aug. 1 for their completion of the Master of Science in hydrographic science program.

“Today we celebrate your determination and dedication to the program,” said Max Van Norden, coordinator of the Hydrographic Science Master’s Degree Program. “The education you’ve received will carry you all across the globe.”

“When I’m asked which programs make USM distinctive, the hydrographic science program is always my first example,” said Dr. Karen Coats, dean of the University’s Graduate School. “Nine people from five different nations finishing a master’s program in one year with a job waiting for them at the end.”

Beginning in 1999, the rigorous one-year program has matured into the foremost hydrographic science program in North America. USM was the first educational institution in the United States to receive the Category A requirements set by the Féderation Internationale des Géométres, International Hydrographic Organization and International Cartographic Association (FIG/IHO/ICA) International Board of Standards and Competence for Hydrographic Surveyors and Nautical Cartographers.

Coats reminisced about watching the Apolo 11 moon landing with her family as a child.

“In that moment, anything was possible to me,” she said. The entire world watching scientific discovery at the highest level and a literal giant leap for mankind.”

She said the current goal of mapping the ocean floor by 2030 could be the next generation’s version of walking on the moon.

“I envision my granddaughter sitting in front of the TV and watching with the rest of the world as a remote operated vehicle scurries through the unknown and completes the mission,” she said. “Another giant leap for mankind.”

Matthew Borbash, Deputy Hydrographer of the Navy, Commander, Naval Meteorology and Oceanography Command talked about how national defense is anchored by the work the graduates will perform throughout their careers.

“Hydrography is critically important to the navy,” he said.  “It allows us to fight and win wars. Our navy must become more agile and innovative. To secure the safety of every man, woman and child in the United States, we have no choice but to foster a climate of operational excellence. And that graduates, is where you come in.”