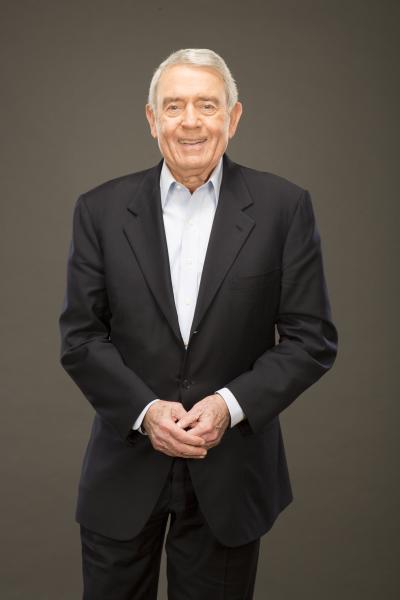 The Dale Center for the Study of War & Society at the University of Southern Mississippi is pleased to announce that legendary journalist and war correspondent Dan Rather will deliver the 2019 Lt. Col. John H. Dale Distinguished Lecture in International Security and Global Policy on Thursday, Sept. 12, 2019, at 7 p.m.

The event will be held at the historic Saenger Theater in downtown Hattiesburg and is free and open to the public.

Rather will reflect on:

The lecture series is made possible through a generous donation by Southern Miss alumna Dr. Beverly Dale, in honor of her late father.

Previous speakers in the series include:

Additional Information on Dan Rather:

Dan Rather's award-winning career as a journalist spans more than sixty years, during which time he covered pivotal events in U.S. and world history. Reporting on the assassination of President John F. Kennedy, the Vietnam War, Watergate, Tiananmen Square, the fall of the Berlin Wall, 9/11, and the wars in Iraq and Afghanistan, Rather earned a reputation as “the hardest working man in broadcast journalism” for simultaneously heading up CBS Evening News, 48 Hours, and 60 Minutes. He has earned nearly every journalism honor, including numerous Emmy and Peabody awards and the 2012 Edward R. Murrow Lifetime Achievement Award.

Rather is currently the president and CEO of News and Guts, an independent multimedia production company, and he makes regular television appearances, offers innovative reporting using Facebook Live, and maintains a much-followed Twitter feed. In January of 2018, he premiered The News with Dan Rather on the Young Turks Network, an online media outlet. The weekly show focuses on original reporting and stories that Rather feels are not receiving the attention the deserve in the mainstream media.

Also an author, Rather has penned What Unites Us: Reflections on Patriotism, a best-selling book of original essays that takes on the polarized nature of contemporary American politics and offers a hopeful reminder of the core ideals that all Americans share. The essays incorporate Rather's decades of experience as a living witness to history, covering the biggest events and news stories of the late-20th and early-21st centuries.