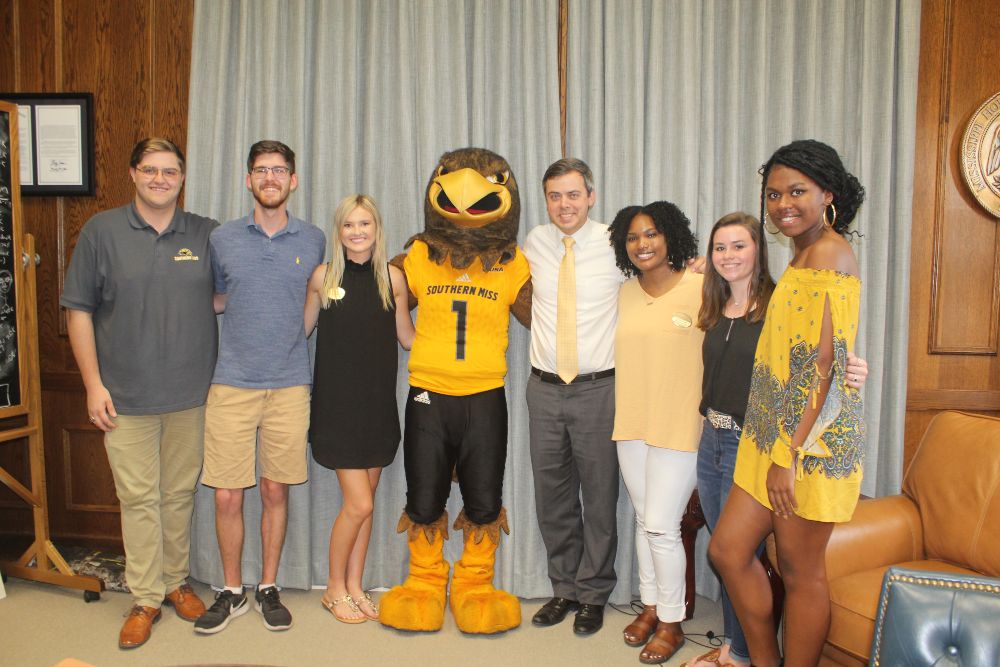 Hattiesburg mayor and University of Southern Mississippi (USM) alumnus Toby Barker can add another credential to his vita after being chosen grand marshal for the school’s 2019 homecoming parade.

“I am beyond humbled, and quite frankly, feel a little inadequate to be given such high recognition,” Barker said of his selection as the parade’s honorary leader. “As mayor of the greatest city in Mississippi, I’ve had the privilege to experience some amazing things. However, this honor will be at the top of that list, one I will forever carry among an abundance of fond Southern Miss memories.”

Lineup for the parade will begin at 8:45 a.m. at the Midtown Shopping Center parking lot, and begin travelling east on Hardy Street at 10 a.m. toward the main entrance (Centennial Gateway) of the USM campus. The parade will feature USM’s Pride of Mississippi Marching Band, cheerleaders, the Dixie Darlings, university and community organizations and businesses, among other entries.

Barker was elected to the Mississippi House of Representatives to represent District 102 at age 25, becoming, at the time, the state’s youngest legislator and first millennial elected to the House. He is Hattiesburg’s 35th mayor and, beyond his service as an elected official, is active in the community, through his membership in the Hattiesburg Sunrise Rotary Club, the Hattiesburg Public School District Foundation Board and the Avenues Alliance.

“When we were discussing who to select for the 2019 Homecoming Grand Marshal, we chose Mayor Barker without hesitation,” said Tierra Cooper of Laurel, USM’s Student Director for Homecoming 2019. “He is very passionate about developing connections between the USM and Hattiesburg communities. He listens to students’ concerns, and makes sure those concerns are heard and resolved. He is a long-time supporter of the university as well as an alumnus, a member of our Golden Eagle Family, and we’re honored to have him serve as the Grand Marshal for this year’s parade.”

For more information about the USM 2019 Homecoming Parade, contact Amanda Ladner at amanda.j.ladnerFREEMississippi.