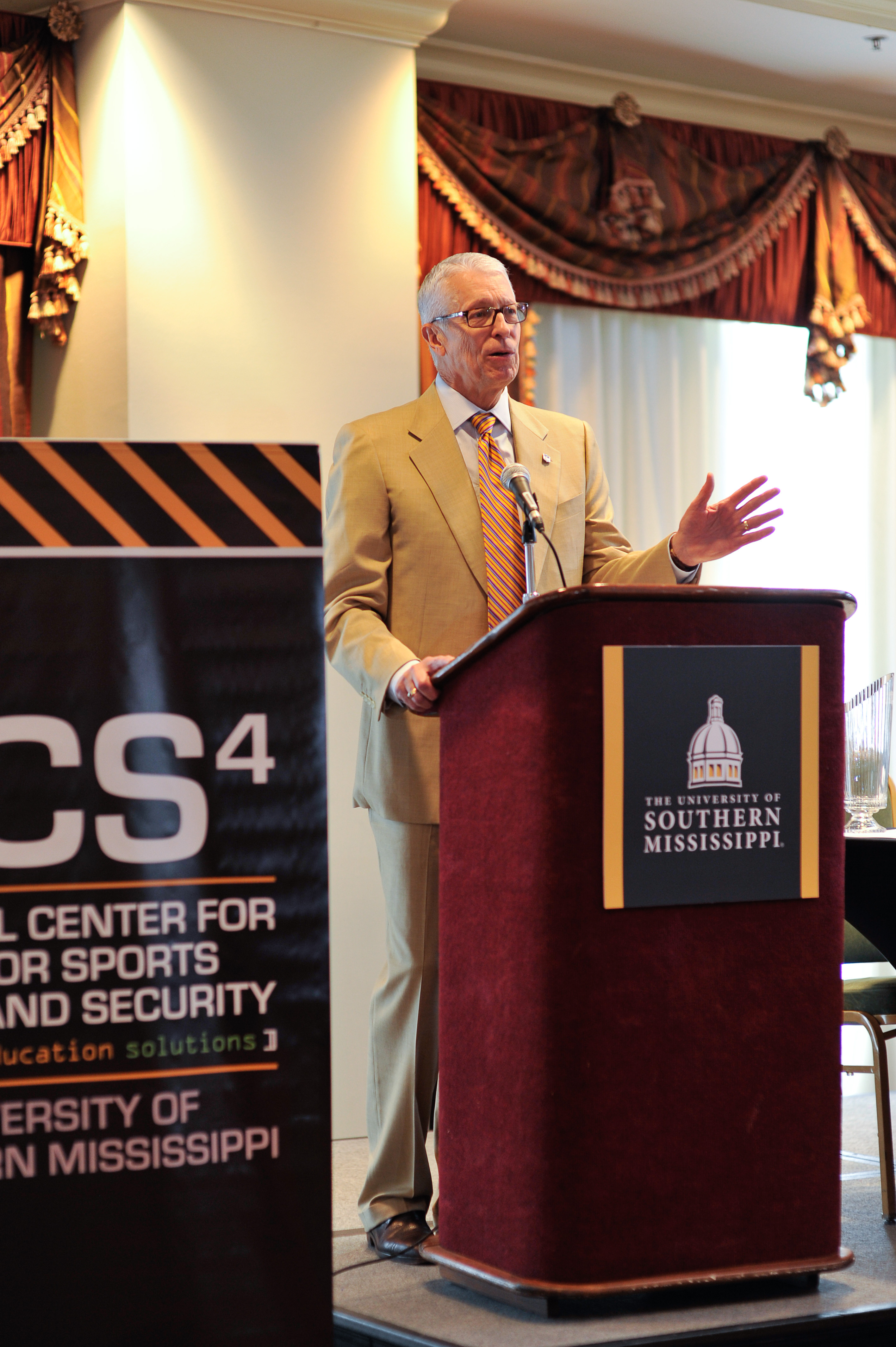 “The National Center, in conjunction with advisors, have decided to honor a great leader in our profession, Milton E. Ahlerich, former Vice President of Security for the National Football League,” said NCS4 Director Lou Marciani during the annual awards luncheon. “Moving forward, the official name of the award will be the Milton E. Ahlerich Distinguished Leadership Award.”

The Milton E. Ahlerich Distinguished Leadership award recognizes a professional in the field who over the course of his/her career has constantly contributed to sport safety and security. To warrant this highest honor, the recipient’s service, commitment, ingenuity and integrity have elevated the profession to new levels. The award recipient is selected by a panel of subject matter experts on behalf of the NCS4 and given annually at the National Sports Safety and Security Conference & Exhibition.

Ahlerich graduated from Kansas State University in 1968, was a commissioned officer with the United States Army, and served the Federal Bureau of Investigation for 25 years. He served the National Football League (NFL) from 1996-2011. Ahlerich managed the security for the NFL during the turbulent 9/11 period. In 2010, Ahlerich received the Distinguished Leadership award at the National Sports Safety and Security Conference for his safety and security efforts.

In February 2002, Milt oversaw the first major sporting event in the United States - Super Bowl XXXVI in New Orleans, where new security measures were implemented such as background checks, credentialing, and evacuation plans. He also helped establish the NFL’s Safety and Security Best Practices, which became the sports security industry’s blue print for success. Under his leadership, the NFL was also the first league to attain the Safety Act in 2008.

“We owe much to Milt, as he’s been a pioneer in the sports security industry leaving a lasting footprint, and he was also instrumental in the creation of our Center and our National Conference,” said Marciani.

Past recipients of the Distinguished Leadership Award include: