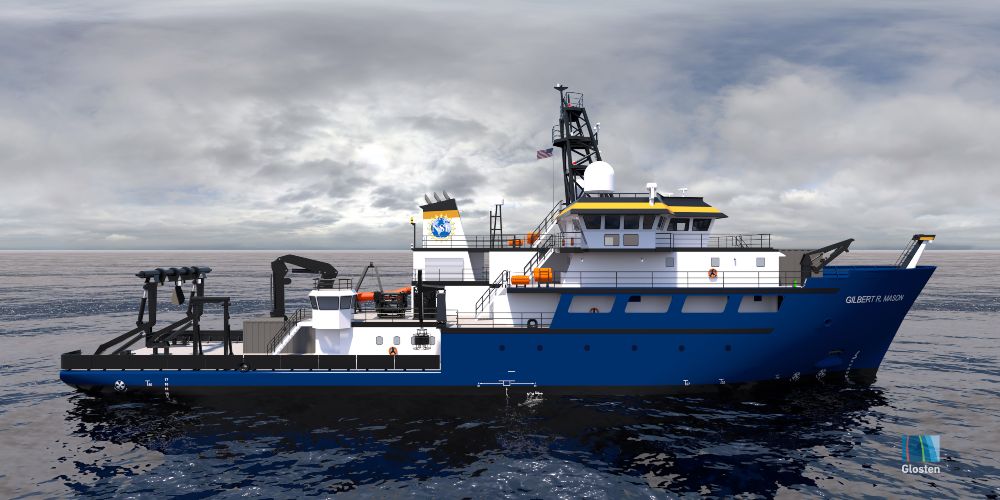 A Gulf Coast civil rights icon is being honored as the namesake of a new, $100 million National Science Foundation (NSF) oceanographic research ship, to be operated by the Gulf – Caribbean Oceanographic Consortium (GCOC), led by The University of Southern Mississippi (USM) and the Louisiana Universities Marine Consortium (LUMCON).

NSF officials have informed the National Science Board that the ship, which is under construction and will have dual homeports at the Port of Gulfport and Houma, LA, will be named Research Vessel (R/V) Gilbert R. Mason. For decades until his death in 2006, Dr. Gilbert Rutledge Mason Sr. was a pioneering Civil Rights leader and physician to the mariner community along the Gulf Coast. The slogan for the ship will be aequa mari, meaning equal access to the sea, to honor his life’s work and legacy.

“The National Science Foundation has a long history of advocating for inclusion in research, knowing that inclusive science yields the most complete perspectives and outcomes,” said Terrence Quinn, NSF’s Division Director for the Division of Ocean Sciences. “Commemorating Dr. Mason’s life and achievements will be a good reminder that this NSF-owned research vessel will not only open the waters to further discovery, but it will open opportunities for a wide range of researchers.”

Against great odds, Dr. Mason followed a dream of science in service to the nation. He practiced medicine in the vibrant, working class neighborhood of East Biloxi from 1955 to 2002. A champion swimmer who delighted in coastal seascapes, Mason discovered the segregated beaches of his new hometown denied his family access to the ocean. From 1959 to 1963, at great risk to his life, he led public “wade- ins” in Biloxi to open beaches to all citizens. His efforts led to repeated arrests, bombings, and reprisals. 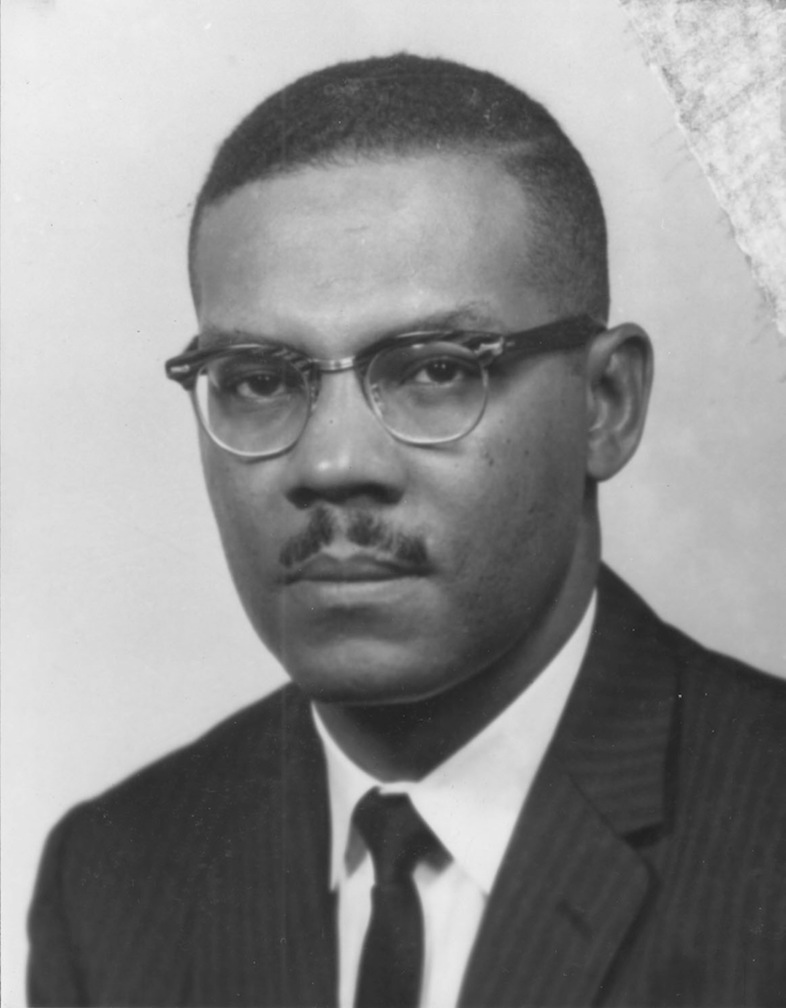 Equal access to the sea brought Dr. Mason to prominence. He and wife Natalie Hamlar Mason, who was later an adjunct professor in social work at USM, shared a concern for equal access to education that led him to file one of the first school desegregation suits in the Deep South. As a result, in 1964, Biloxi’s public schools became the first in Mississippi to desegregate. The Masons’ son, Gilbert R. Mason Jr. was named in the suit, and as a direct consequence of its success, Mason Jr. found a path to a career in medicine. Mason Jr. studied medicine at Tulane University in Louisiana and is retired from a career dedicated to providing health access to the mariner community of the Gulf Coast.

Mason Sr.’s love for the sea was shared with his granddaughter, Aria Mason, and for several years she attended a marine biology camp run by the J.L. Scott Marine Education Center in Biloxi, with Dr. Mason an enthusiastic participant in exploratory trips. Mason Sr. served on President Nixon’s Advisory Committee to the Cabinet Committee on Education and as a consultant to President Carter, and, in the aftermath of Hurricane Camille was part of the Mississippi Governor’s Emergency Council to plan the Gulf Coast’s reconstruction and recovery.

“The lives of Dr. Gilbert Mason and his son are a lesson in equality, their legacy a call for action,” said LUMCON Executive Director Craig McClain. “The naming of the RCRV for the Masons is a first step towards greater inclusivity and diversity in ocean science. Inspired by their legacy, LUMCON is excited for the next steps, leveraging the RCRV and the consortium’s programs to expand and develop opportunities for those currently underserved in science.  We are dedicated to honoring the elder Dr. Mason’s memory with a commitment to accessible oceans and science for all the communities of the Gulf and Caribbean.”

Dr. Leila Hamdan, Interim Associate Director for The University of Southern Mississippi’s School of Ocean Science and Engineering, said more than 160 nominations to name the vessel were received from consortium associate members and the public, and then vetted by a 10-person committee with equal representation from the lead institutions. After a series of meaningful deliberations on the names submitted and how they fit into the vision for this ship, the committee reached consensus on R/V Gilbert R. Mason.

“The name embodies the GCOC’s aspiration for societally relevant science to be carried out on the ship and our lasting commitment to open marine science to all who seek to enter the field or benefit from our work,” Hamdan said. “For me, this is not just the name of the ship, it is our true north.”

R/V Gilbert R. Mason will improve scientists’ access to the ecosystems in the Gulf of Mexico and Caribbean using the state-of-the-art ship.

“I am so proud of the National Science Foundation’s demonstrated confidence in the quality of our work at The University of Southern Mississippi as part of the Gulf-Caribbean Oceanographic Consortium,” said USM President Rodney D. Bennett. “And I am exceptionally proud that this new vessel will bear the name of a distinguished Mississippian who made an extraordinary impact not only on our coastal community, but also on the state of Mississippi and beyond. Our responsibility as an R1 institution is to advance the creation and understanding of knowledge for us all, and it could not be more fitting to memorialize Dr. Mason’s legacy of advocating for equal access to the sea in this way.”

Owned by NSF and valued at over $100 million, this Regional Class Research Vessel (RCRV) is currently under construction and scheduled for delivery to the GCOC in 2023 after a year of rigorous sea trials. Once constructed, GCOC scientists will use R/V Gilbert R. Mason to carry out regional scale research in the Gulf of Mexico, Caribbean Sea and Atlantic Ocean. The ship will have dual home ports in Mississippi and Louisiana to support scientific research and vessel maintenance, respectively. The primary home port, and base for embarkation of research expeditions, will be the Port of Gulfport in Gulfport, Miss. USM’s Marine Research Center at the Port of Gulfport will provide marine technical services and scientific support for the ship. LUMCON’s future facility in Houma, La. will serve as the maintenance, crew and secondary embarkation port. 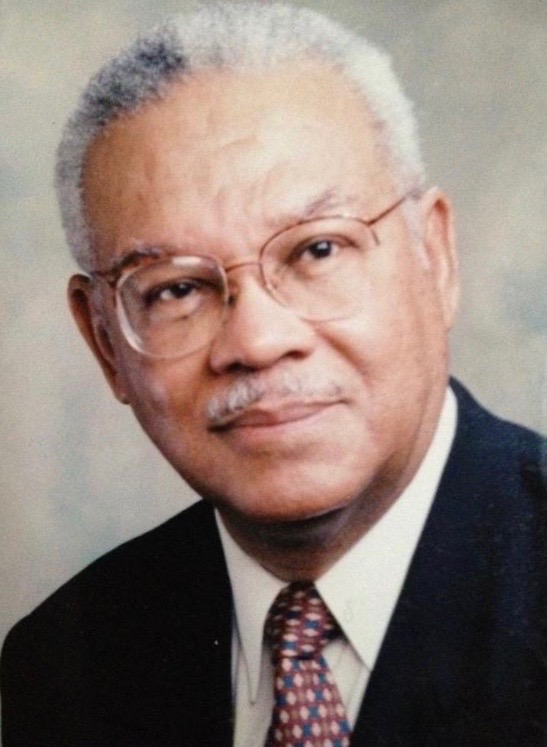 “The naming of this vessel after Dr. Mason serves as an important reminder that great discoveries result from the intersection of innovative ideas and inclusive practices,” said Louisiana Commissioner of Higher Education Kim Hunter Reed.  “I am delighted that this new vessel will carry with it the spirit of two generations of the Mason family, trailblazers with both Mississippi and Louisiana roots—as Dr. Mason’s son, a graduate of Tulane University, provided medical care to mariner communities. The Louisiana Board of Regents and our LUMCON partners look forward to embarking on new voyages, opening doors to opportunity and continuing our quest for equitable talent development in Louisiana with the RCRV serving as a beacon for this work.”

The new ship is expected to facilitate transformational regional, national and international research important to the U.S. and the world. For instance, it will enable valuable research on environmental change, the global hydrologic cycle, biodiversity in the ocean, and marine mineral resources. The consortium will also create opportunities for students and the public to connect with marine scientists and their work, and it will dedicate efforts to build and grow an inclusive and diverse future for marine science on the Gulf Coast and a science-informed community.

“A ship is only a concept of steel, pipe, cable and engine until it receives a name—at that point a ship has an identity,” said Dr. Monty Graham, USM’s Associate Vice President for Research, Coastal Operations. “The name of a ship should capture the spirit and virtue of its purpose. The spirit and virtue of Dr. Mason is one that we will strive to attain every day of R/V Gilbert R. Mason’s service to our nation.”

R/V Gilbert Mason will be the third and final RCRV to join a new fleet of NSF ships, bringing the most advanced technology to ocean science to date. In 2017, NSF awarded the design and construction of all three ships to Oregon State University, which will also operate the first ship, R/V Taani. Operation of the second ship, R/V Resolution, was awarded to the East Coast Oceanographic Consortium, led by the University of Rhode Island, in 2018.

This new fleet of RCRVs will conduct operations in the coastal ocean ranging from near-shore to the outer continental rise, and the open ocean. The ship’s endurance, draft and science equipment are tailored for science throughout the Gulf of Mexico, Caribbean Sea and Atlantic Ocean.

The new ship will be 199 feet long and 41 feet wide and will feature science labs, deck space for scientific deployments, state-of-the-art technologies, including tools for seafloor mapping and advanced telepresence capabilities to incorporate land-based scientists and members of the public in science. It will feature a dynamic positioning system, which will enable precision operations requiring the ship to remain stationary for long periods of time. With the ability to conduct research missions for up to 21 days, the ship will carry a crew of 13 and up to 16 scientists and have a cruising range of 5,400 nautical miles.

The GCOC is led by USM and LUMCON, with 15 associate members located across the Gulf of Mexico, Caribbean, southeastern U.S. and Mexico. This announcement brings the first new regional class research ship in the U.S. Academic Research Fleet to the Gulf of Mexico in nearly four decades.

GCOC members have produced research and technologies that have enhanced the science of the Gulf of Mexico for decades. The University of Southern Mississippi is Mississippi’s flagship university for marine science and is leading Mississippi’s Ocean Taskforce on the emerging Blue Economy. LUMCON has a history of producing scientific discoveries associated with the challenges facing coastal and open water ecosystems and facilitates the science for researchers across the globe. Combining both institutions in leadership of the new NSF RCRV creates a path toward a future of inclusive, interdisciplinary science to meet the important scientific research needs of the nation.