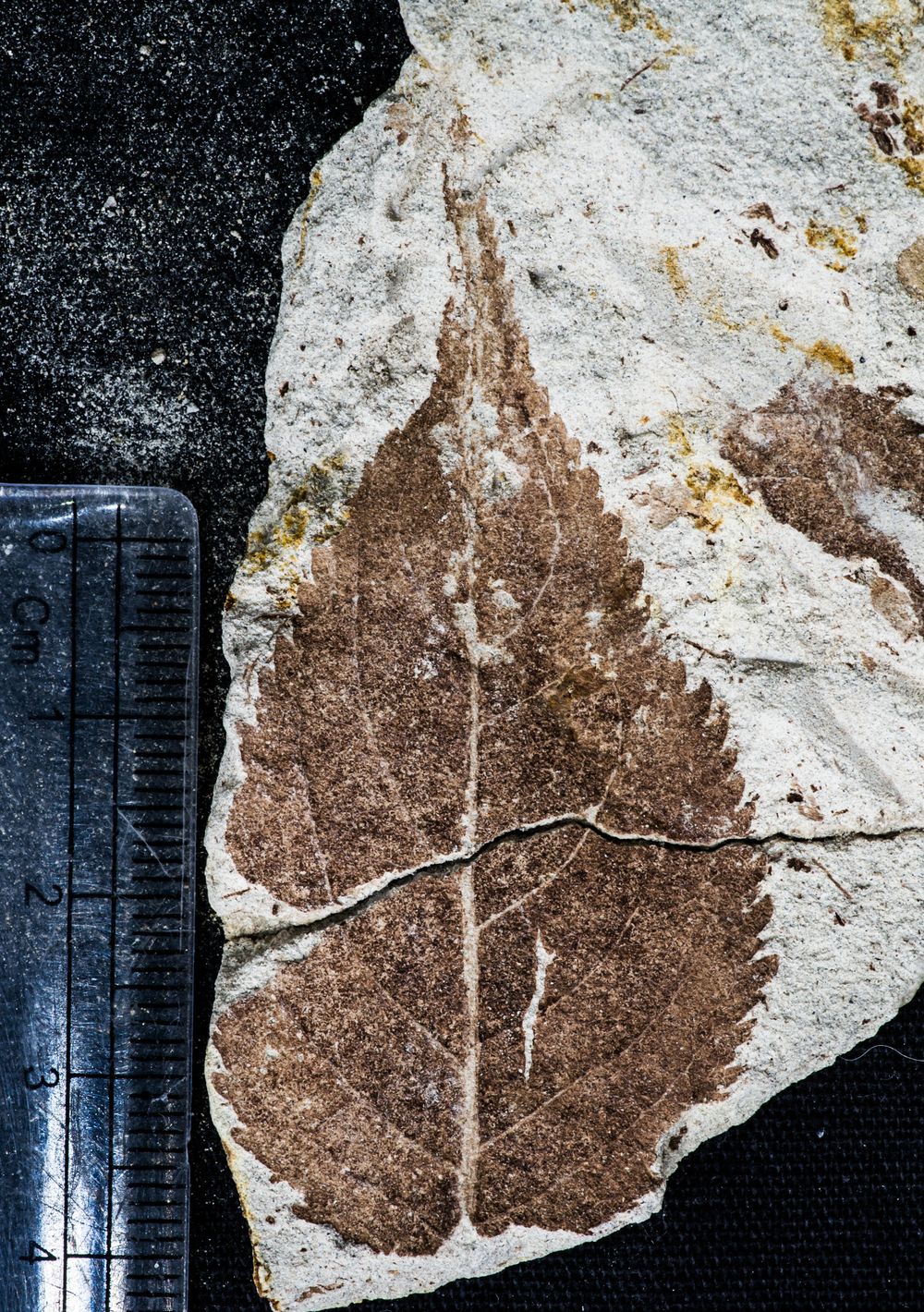 A recent article in a geoscience e-journal gives readers a glimpse into what vegetation looked like 10-15 million years ago, based on the discovery of fossilized plants by a former University of Southern Mississippi (USM) graduate student.

The article, “Preliminary investigation of a diverse mega fossil floral assemblage from the middle Miocene of southern Mississippi, USA” in a recent edition of Palaeontologia Electronica takes from the research conducted by Daniel McNair and his mentor professor at USM, Dr. Mac Alford in the USM School of Biological, Environmental, and Earth Sciences (BEES). Dr. Alford is a co-author of the article.

According to Dr. Alford, very few plant fossils sites are found within the coastal plain of eastern North America, leaving many scientists to assume there is minimal material to examine. Five years ago, he invited Dr. Brian Axsmith of the University of South Alabama for a lecture at the USM Hattiesburg campus, in which Axsmith discussed fossils of the coastal plain and the kinds of sites suitable for finding fossils.

McNair, now a botanist with Westland Resources, Inc. in Tucson, Arizona, went out the day following the seminar to look for fossils, and found them right where he started: at the Glendale Avenue bridge over the Bouie River, in the north Hattiesburg area. The research project began in August 2014 and concluded in June 2018.

“After a couple of years of collecting at the Glendale Avenue site, we amassed the largest collection of Miocene-era plants in eastern North America, which includes three ferns, one gymnosperm/conifer, and at least 17 flowering plants and represented by wood, leaves, fruits, and seeds,” Dr. Alford said.

According to Dr. Alford, the Miocene era was a critical time in Earth’s history, when most of the continents had moved into their current positions and our climate began to undergo significant changes. Learning more about the climate 10-15 million years ago (the estimated age of the fossils), he said, is very useful in understanding what the Pine Belt area looked like then.

“Basically, the Hattiesburg area was part of a large river and delta system with many wetland plants, such as bald cypress, sycamores, cottonwoods, willows, and oaks, as well as large tree-like palms no longer found here (now mostly tropical), and a species of  vine currently found only in southeast Asia,” Dr. Alford said.

A former president of the USM Faculty Senate, Dr. Alford serves as curator of the USM Herbarium. His areas of expertise include Plant systematics and floristics, and his research focuses on the state of Mississippi and the Gulf Coastal Plain of the southeastern United States. For more information about Dr. Alford’s work at USM, and the programs offered through the USM School of BEES, visit https://www.usm.edu/biological-environmental-earth-sciences/index.php.