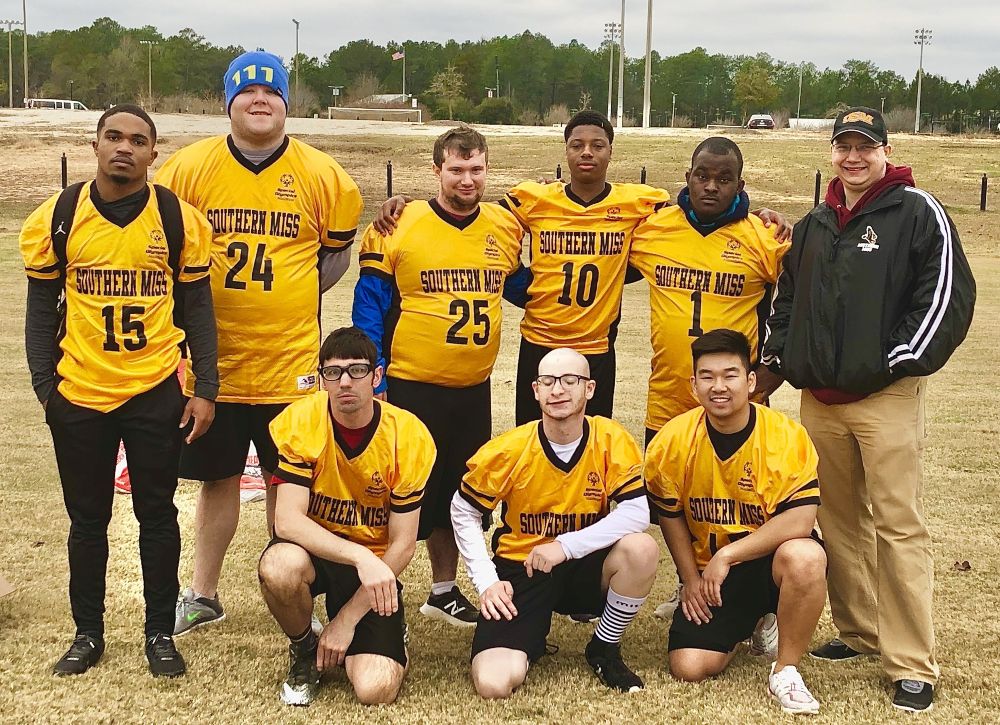 The SO College Tournament was held as part of the National Intramural and Recreational Sports Association (NIRSA) Region II Flag Football Tournament hosted by USM.  NIRSA comprises and supports leaders in collegiate recreation to help foster lifelong wellbeing habits of university students and has over 4,500 members that serve over 8 million university students.

SO College Southern Miss was established as a student organization at USM to connect college students and individuals with intellectual disabilities through sports. The objectives of this organization are to create a community of acceptance and respect on the USM campus, assist with the social justice movement of Special Olympics and spread disability awareness and inclusion. SO College is part of Special Olympics Unified Sports that brings people with and without intellectual disabilities together on the same team.

“We are thankful for this opportunity to play that was provided through USM’s Recreational Sports and for the support given by Special Olympics Mississippi Unified Sports,” noted SO College Advisor Scott Mullins. “I couldn’t be more proud of the determination, drive, team work, and sportsmanship that our players exemplified in this tournament. We learned a lot through this experience about ourselves and about each other. We are also proud of Special Olympics athlete, Victor VanEllis, who was recognized as the ‘Most Valuable Player’ for the tournament.”

USM’s Institute for Disability Studies has hosted this organization since its inception in 2017.  Planned sports each year include flag football, basketball, soccer and Quidditch.  For more information about SO College Southern Miss, contact advisor Scott Mullins at scott.mullinsFREEMississippi or 601.266.6129.