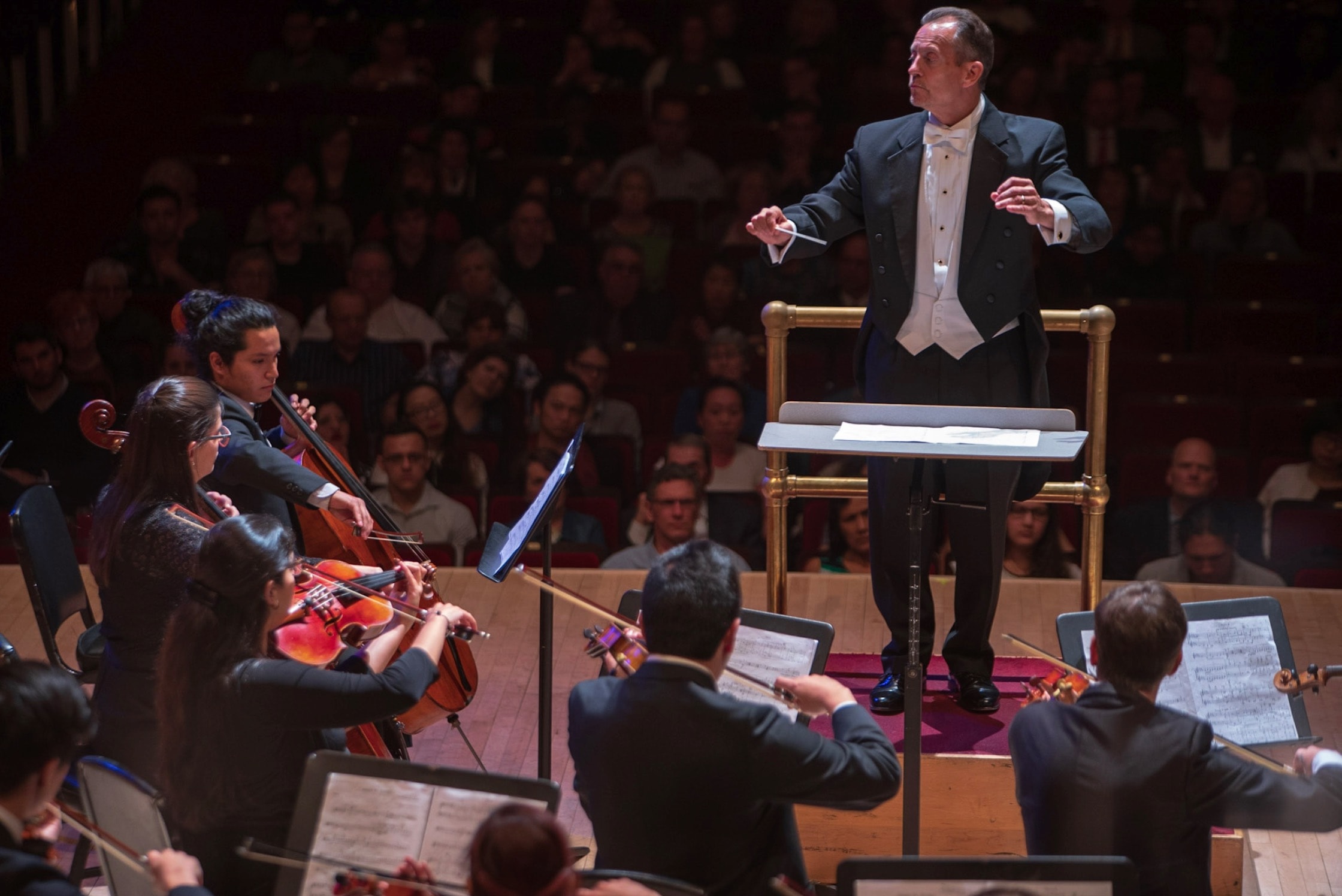 The venerable Symphony Orchestra at The University of Southern Mississippi (USM) celebrates 100 years of excellence in 2019-20 with six diverse musical programs, opening with a Partners for the Arts Gala, “Casablanca,” to jump-start the season.

The orchestra continues under the baton of Dr. Michael Miles, interim music director, who notes that selecting a repertoire worthy of a 100th Anniversary made his summer more exciting than usual.

“I believe this season offers everyone who attends a concert something musically ambitious and entertaining.  It is truly an exceptional year of programming that you don’t want to miss,” said Miles.

After a celebratory gala in September, the musical opening night, “From Russia With Love,” features music of Shostakovich, Rachmaninoff,Glére and Tchaikovsky and features the international sensation Petronel Malan at the piano on Nov. 7.

Lauded by reviewers as an unmistakably creative force in the classical music industry, South African pianist Malan’s critical acclaim culminated in the nomination of three Grammy® Awards, including “Best Instrumental Solo Album” for her debut disc. Malan’s career was launched following five gold medals at international piano competitions throughout the United States. She currently maintains a full performance schedule in major venues throughout the world.

“I had the privilege to teach at Southern Miss some years ago” said Malan. “Their enthusiasm was inspiring and uplifting. I look forward to sharing the stage with these remarkable students performing one of my favorite piano works of all time.”

In December, the Symphony is joined by The University of Southern Mississippi Choirs, the Hattiesburg Civic Chorus, and Hattiesburg area school singers as they collaborate in the annual holiday community celebration the rings in the holiday season.

In February, 2020 kicks off with celebrated Taiwanese conductor Apo Hsu and USM’s own renowned cellist, Alexander Russakovsky in a program of favorites by Verdi, Brahms and Tchaikovsky entitled, “Isn’t it Romantic.”

“I fondly remember my previous engagement with Southern Miss Orchestra because the students were so talented and open to new musical ideas” said Hsu. “I am excited to see what we can accomplish this time around.”

In March, the popular Showbiz series returns with special guests Nikisha Williams and Ezekiel Andrew headlining with the cast of the Southern Opera and Musical Theatre Company cast of artists, as they celebrate “A Century of Showtunes.” This unforgettable evening promises to be a blockbuster event filled with surprises.

Later in March, one of the most treasured choral works of all times, the Verdi Requiem, promises to reverberate with epic grandeur. The event features the Southern Chorale and guest soloists Danielle Talamantes, Kirsten Chavez, Jonathan Yarrington, and Kevin Short. This is truly an evening not-to-be-missed.

The 100th season concludes in May with “Night of a Hundred Stars” featuring the winners of the annual William T. Gower Concert Competition, music of Morton Gould, Rimsky-Korsakov, and a very special, surprise guest conductor.

“Deciding on the repertoire worthy of a 100th Anniversary made for a very exciting summer for me personally” says Miles. “I believe this season offers everyone who attends a concert something musically ambitious and entertaining.  It is truly an exceptional year of programming that you don’t want to miss”

Season and individual tickets are now on sale at 800.844.8425, 601.266.5418, or southernmisstickets.com. Current season subscribers should have received their renewal opportunity already, but may also call the numbers above to confirm their seats.