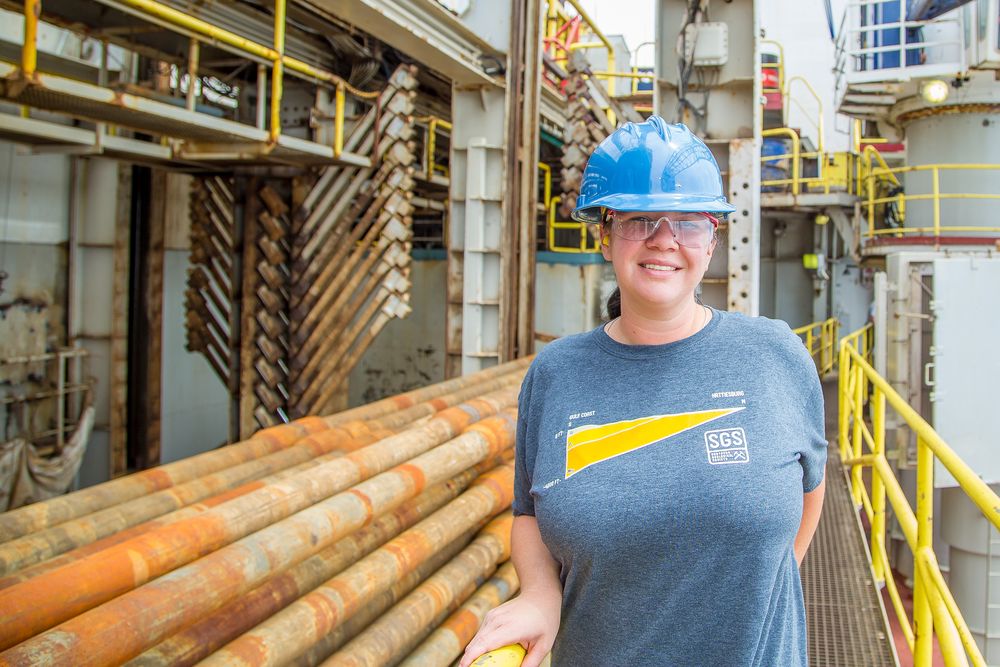 One minute you find yourself preparing for the fall 2019 semester from the quaint confines of Poplarville, Miss., and the next thing you know, you’re flying from New Orleans to the port of Antofagasta, Chile. After a month living and working in the southeast Pacific Ocean, Morgan returned to U.S. soil earlier this week when the ship docked in San Diego, Calif.

Morgan, a geology major with marine concentration, joined 11 other students from across the country in the inaugural JR Academy as part of the International Ocean Discovery Program. Funds for research conducted through the program are provided primarily by the National Science Foundation. Japan and a group of European countries also supply funding for the program.

Morgan notes that the experience helped bring her imagination to life.

“I always saw myself working and living on a ship but the military life wasn't a plan of mine. So although I never thought I would do this, I think I always imagined the idea of it,” she said. “My overall feelings revolve around that - I'm grateful for the experience; I think it was life changing in that maybe I want to do it again but not full time. Maybe I can do work like that for two months out of the year. I really enjoyed my time there and felt like from both an academic and personal standpoint I learned a lot.”

The JOIDES Resolution (JR) is a research vessel that drills into the ocean floor to collect and study core samples. JOIDES is an acronym for Joint Oceanographic Institutions for Deep Earth Sampling. Scientists use data from the JR to better understand climate change, geology and Earth’s history. The ship measures 143 meters in length and its drill string can reach up to six miles beneath ocean surface.

Dr. Jeremy Deans, Assistant Professor of Geology at USM, explained that Morgan’s involvement in the expedition originated from an open call by JR Academy.

“I encouraged any of our students to apply, but Amber was the only one who did so, and she was initially wait-listed,” said Deans, who has made three trips aboard the JOIDES Resolution studying oceanic crust. “A student dropped out and Amber was admitted. The program has a mission of trying to provide opportunities for underrepresented group, and Amber being female and a non-traditional student fit well.”

In JR Academy undergraduate students earn entry level geology and oceanography credits for participating in the program. Since Morgan had already earned those credits, her requirements were more stringent, with the focus being a research project. 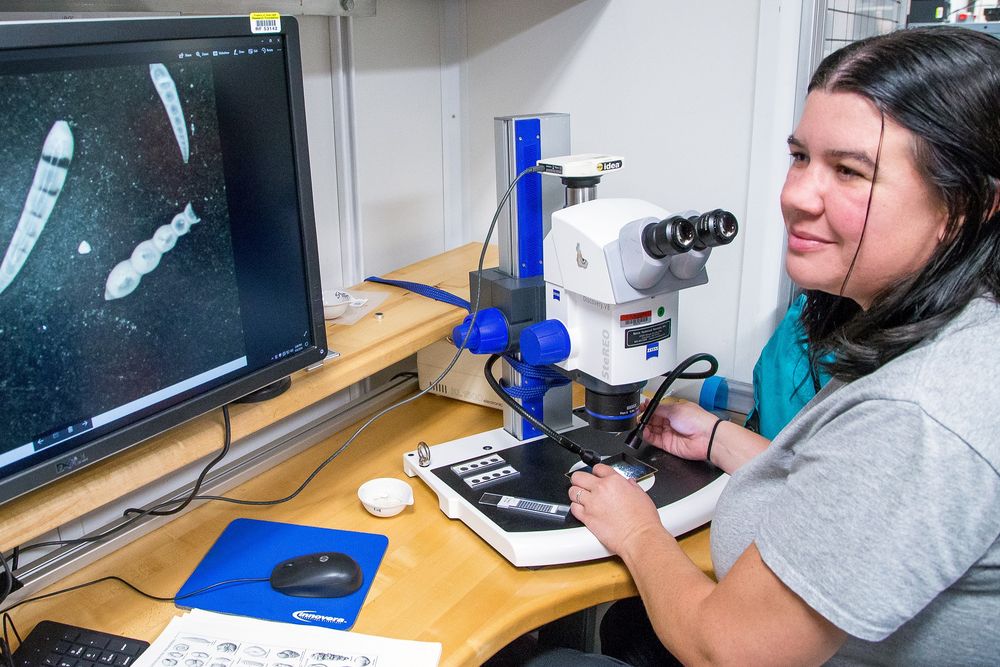 “I worked on comparing characterization of foraminifera (a type of microfossil) from two different sediment samples,” she said. “Another requirement of the coursework was learning how to communicate science to all audiences, and I worked with a group of three other students to do live broadcasting that presented tours of the ship and interviews with some of the scientific party on board.”

Water covers more than 70 percent of Earth’s surface. Scientific drilling in the oceanic crust allows scientists to learn more about forces such as volcanoes and earthquakes, which affect millions of people. They also investigate other changes in Earth surface such as ocean crust formation and destruction, mountain building, and the movement of tectonic plates.

“Oceanic crust is the most common type of crust on Earth, and since most of it is underwater, it remains relatively under-studied,” said Deans. “We know more about the surface of the moon and Mars than we know about the oceanic crust.”

The most recent JR voyage was labeled Expedition 385T, meaning the ship has made 385 such expeditions since the program began in 1969. The “T” stands for transit, which means a non-drilling leg, where the ship is moved from one port to another while conducting non-drilling scientific work.

After leaving the port of Antofagasta, Chile, Morgan found herself cruising the southeast Pacific where she observed a pod of pilot whales, a whale shark, a humpback whale, a cluster of manta rays and sea turtles, among other fascinating wonders of nature.

“One of the guys who sails all the time said he had never seen so much wildlife,” said Morgan. “There was speculation that it was because we were right on the equator, not far from the Galapagos Islands.”

Deans describes Morgan as incredibly motivated and outspoken. “She is a joy to have in class, but you need to be prepared, as she will ask very insightful questions,” he said.

He noted that the JR Academy provided a unique opportunity for Morgan by exposing some options that will be available to her upon graduation.

“This exposure comes in the form of interacting with scientists on board, some of whom have expertise we do not have here at USM, while also being exposed to several analytical tools and equipment, and how they are used,” said Deans. “This will show Amber other career options and create contacts and mentors for graduate school or a career.”

Following graduation in December, Morgan’s short-term goals include gaining employment in the environmental field, preferably with restoration projects along the coast or in other areas of erosion (riverbanks, estuaries, etc.).

“I really want to stay in Mississippi to work,” she said.

And whether she ever returns to the high seas or not, Morgan can say she has checked off one of her loftier aspiration boxes.

To learn more about the JR 385T expedition, visit: https://joidesresolution.org/expedition/385t/