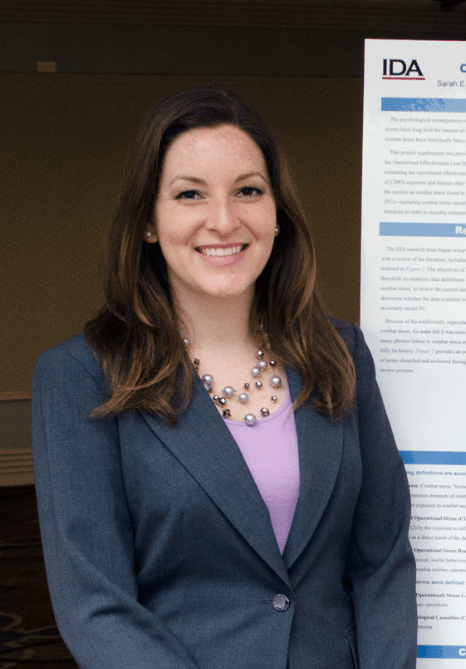 Sarah E. Butterworth, a fourth-year doctoral student at The University of Southern Mississippi (USM), has earned a $25,000 dissertation award from the National Collaborative on Gun Violence Research (NCGVR) for her research on firearms and suicide. She is one of four national dissertation award winners in this inaugural round of annual awards from the collaborative.

Butterworth, who is enrolled in USM’s Clinical Psychology Ph.D. program, said her research interests include military/veteran suicide prevention, how large a role firearms play in suicide deaths in the U.S., and the management of suicide risk.

Her dissertation research will expand on a July 2017 study led by Oregon State University-Cascades anthropologist Dr. Elizabeth Marino that found gun owners are much more receptive to suicide prevention messages tailored to respect their rights as firearms enthusiasts than they are to messages that use language that aims to be culturally neutral.

“I think my research was a good fit with the goals and timeline outlined in the request for proposals released by NCGVR,” Butterworth said. “I also think the content of the project — the impact of culturally competent messaging on willingness of firearm owners to store firearms more safely — is novel and important. We know techniques like storing firearms in a secure, locked location and separate from ammunition are effective in preventing suicide. But if this information isn't conveyed in a manner deemed respectful of firearm owners' views, they're not likely to engage.”

Butterworth said some popular misconceptions around this topic include beliefs that 1) if someone is thinking about suicide, it's inevitable that they will end up dying and it cannot be prevented, and 2) owning firearms is unrelated to suicide risk. While owning a firearm is not going to cause someone to become suicidal, suicide risk is increased if someone in that home is suicidal and now has access to the most lethal means for suicide.

“Research supports that measures taken to reduce easy access to lethal means for suicide can be life-saving (e.g., removing firearms temporarily from the home, locking up medications, etc.),” Butterworth said. “Second, people often don't know that firearms can increase suicide risk…This risk is mitigated somewhat when firearms are stored more safely, which is a focus of my research.”

Butterworth said she learned of NCGVR and its dissertation award through her faculty mentor Dr. Michael Anestis, Associate Professor of Psychology at USM. She said she was largely inspired by his work in this field, so much that it drew her to USM for graduate school.

Anestis said Butterworth is a thoughtful scientist with an unshakable devotion to helping understand military and firearm suicide, and she is quickly developing a reputation in their field.

“Firearms account for over half of all U.S. suicides and suicide accounts for nearly 2/3 of gun deaths, and yet firearm suicide is woefully understudied and the public generally leaves suicide out of conversations on gun violence,” Anestis said. “Sarah’s work will help address that while working directly with American firearm owners, a population vital to suicide prevention efforts but largely ignored within research.”

Anestis said what makes Sarah’s project unique is that very little is known about how to persuade firearm owners to be safer with their firearms.

“Sarah’s work will rigorously test different options, which can then help us develop more effective interventions that reach the population most in need of help,” Anestis said.

Butterworth submitted her letter of intent for the NCGVR dissertation award in February, and was invited to submit her full proposal in April. She was notified that she won the award in June.

NCGVR will eventually award around $50 million in gun violence prevention grants over the next few years, Anestis said.