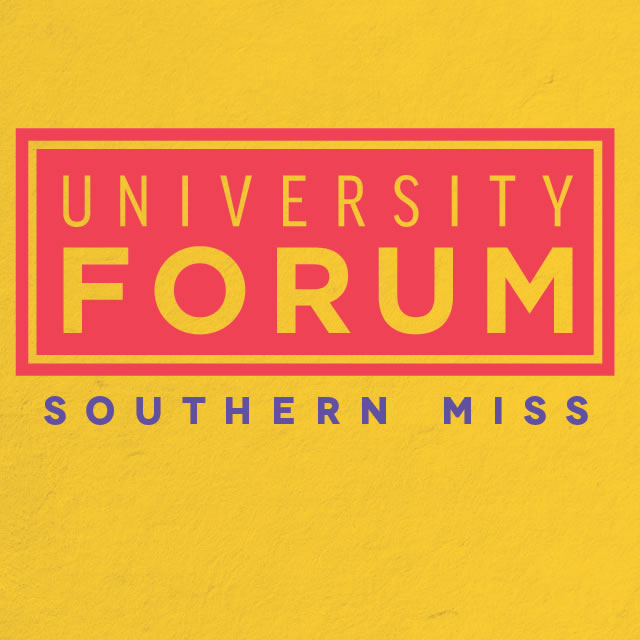 The crucial role women have played in making America a more democratic and fair nation, in the past and the present, will be the focus of The University of Southern Mississippi’s (USM) Spring 2020 University Forum programming, continuing with the year’s theme, “A Year of Speakers, a Century of Progress.”

Presented by the USM Honors College, University Forum events are free and open to the public.

The lineup of presenters includes Angie Thomas, an award-winning author of young adult literature, whose work asks us to find our voice, much as her protagonists do, to confront racism and injustice; Dr. Marjorie Spruill, a distinguished historian who has written about the challenges that women of all political stripes faced as they struggled to be recognized as equal to men in the 20th century; and Jodi Kantor, vividly recounted in her recent book She Said, and how she helped expose film mogul Harvey Weinstein’s history of sexual harassment and abuse, inspiring thousands of women to recall their own experiences through the #MeToo movement.

“The struggle for women’s rights over the past 100 years has been one of the most successful civil rights campaigns in American history and, yet, as these women demonstrate, the struggle continues,” said Dr. Andrew Haley, director of University Forum and an associate professor of history at USM.

The spring 2020 University Forum schedule of presentations, to be held on the Hattiesburg campus, is as follows:

*Tuesday, Feb. 11 - Angie Thomas, author of young adult fiction, will present “The Hate U Give: Finding Your Activism,” at 6:30 p.m. in the Thad Cochran Center Ballrooms.

A Mississippi native, Thomas writes young adult literature and is the recipient of the 2018 William C. Morris Award and the 2018 Waterstones Children’s Book Prize.  Her debut novel, The Hate U Give, spent more than two years on the New York Times young adult bestseller list.  In 2018, a film adaption of The Hate U Give, starring Amandla Stenberg, was a blockbuster success.

Thomas’ second novel, On the Come Up, was published in February 2019 and is already slated to be adapted into a film. Thomas, a former teen rapper, places authenticity, visibility, and the politics of finding one’s voice at the center of her work.

*Tuesday, March 24, 6:30 p.m. – Dr. Marjorie Spruill, a historian, will present “Votes for Women: The Story of the Nineteenth Amendment,” in Bennett Auditorium.

Marjorie Spruill is a historian acclaimed for her work on the American women’s rights movement. Her book, New Women of the New South: The Woman Suffrage Movement in the Southern States, explores the lives of eleven of the most prominent leaders of the women’s suffrage movement and their views on race and states’ rights. Her most recent book, Divided We Stand: The Battle Over Women’s Rights, delves into the rise of the modern women’s rights movement in the 1970s and the polarization of American politics.

Dr. Spruill is a former USM history professor and served as the University Forum director from 1986-2000. She is a Distinguished Lecturer of the Organization of American Historians, and professor emeritus at the University of South Carolina.

In October 2017, New York Times investigative journalist Jodi Kantor helped ignite a movement.  Kantor, along with Megan Twohey, broke the story of decades of sexual abuse allegations against Harvey Weinstein, a prominent figure in the film industry.  Their work sparked the #MeToo movement and has led to new standards of accountability concerning sexual harassment.

In 2018, coverage of the Weinstein allegations by Kantor, Twohey, and the New Yorker’s Ronan Farrow was awarded the Pulitzer Prize for Public Service. Kantor has written about the aftermath of the Weinstein story in She Said: Breaking the Sexual Harassment Story that Helped Ignite a Movement. Previously, Kantor covered Obama’s 2008 and 2012 presidential campaigns and wrote a best-selling book The Obamas, a behind-the-scenes look at the challenges the Obamas faced as they became President and First Lady.

University Forum is celebrating a major milestone; it is 45 years old this year. To learn more about University Forum’s history, check out Forum at Forty-five postings on Facebook, and join USM and the Honors College on March 24, following Dr. Spruill’s talk, for a birthday celebration.