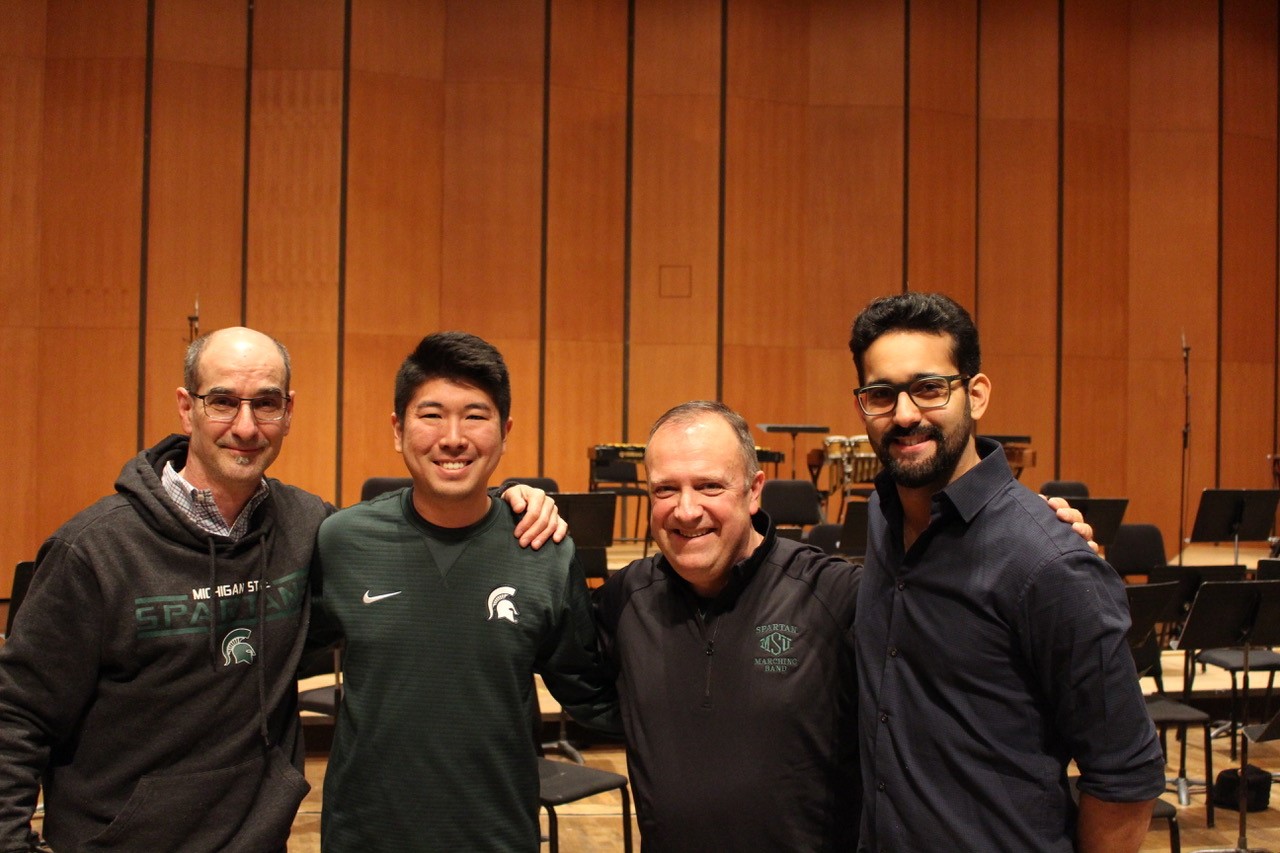 Transcribed for band in the spring of 2019 as part of Higa’s doctoral project at Michigan State University, it was originally composed by Ricardo Lorenz in 1999 for the Chicago Sinfonietta. Higa’s transcription premiered in March 2019 and was recorded by the Michigan State University Wind Symphony, with maraca soloist Manuel Alejandro Rangel and conducted by Kevin Sedatole.

“When I learned that my transcription was nominated for a Latin Grammy, I was totally shocked,” said Higa. “I am so thankful for teachers, the performers, and all who had the vision for this CD. Although ultimately, we did not win the award, it was an honor to be nominated and recognized internationally.”

The concerto is a 15-minute single-movement work that features a traditional Venezuelan folk instrument - the maracas. Not traditionally thought of as a solo instrument, the piece pushes the boundaries of expectation of what one may hear by a traditional Western ensemble.

Composer Ricardo Lorenz noted, “The silly-looking, avocado-shaped gourds seen in vintage LP covers of pseudo-tropical music – and most often heard clumsily shaken by Carmen Miranda wannabes – do not even begin to compare to the beauty and sonic depth of the instrument. Those who have never heard them played in the Venezuelan style are in for a treat.”

The Latin Recording Academy® is an international nonprofit dedicated to nurturing, celebrating, honoring, and elevating Latin music and its creators. Established as the global authority on Latin music, the membership-based organization composed of music professionals, produces the annual Latin GRAMMY Awards®, The Biggest Night in Latin Music®, which honors excellence in the recording arts and sciences, in addition to providing educational and outreach programs for the music community through its Latin GRAMMY Cultural Foundation®.