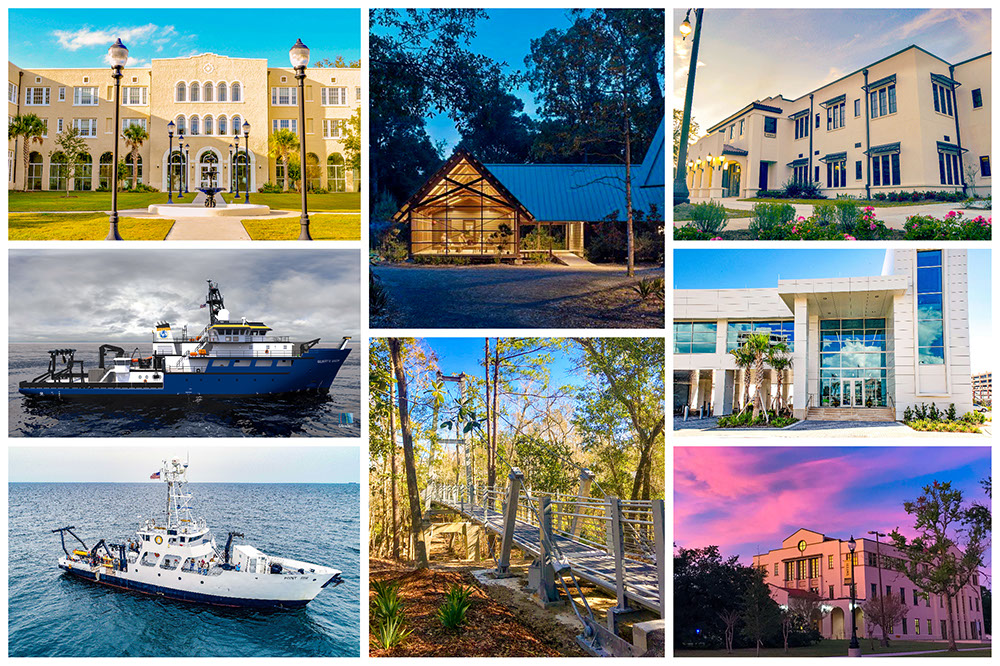 Hurricane Katrina forever changed the Mississippi Gulf Coast and The University of Southern Mississippi (USM) on August 29, 2005, and 15 years later, University leaders say that the devastation became a catalyst for an improved institution better positioned to respond to the educational, cultural and economic needs of the Gulf Coast.

From the state’s western border with Louisiana to its eastern border with Alabama, the University’s presence and impact continues to grow. USM has become a national leader in education and research, joining only 131 institutions in the country designated as a Carnegie Classification of Institutions of Higher Education's "R1: Doctoral Universities – Very high research activity” university. The University is preparing students for career paths most important to the Gulf Coast at a reconstructed Gulf Park campus in Long Beach and educating future scientists at the Marine Education Center at the Gulf Coast Research Laboratory (GCRL) in Ocean Springs. It is conducting transformational research at the Stennis Space Center in Hancock County, at the Marine Research Center at the Port of Gulfport, on R/V Point Sur, and at GCRL. And its efforts in support of the state’s Blue Tech Economy have been enhanced with the opening of several facilities, including the Marine Research Center and future construction of the Roger F. Wicker Center for Ocean Enterprise, both in Gulfport.

“When I consider the devastation left in the wake of Hurricane Katrina, I am truly in awe of the extraordinary ways in which The University of Southern Mississippi has been able to rebuild and expand our coastal operations since that time,” said University President Rodney D. Bennett. “I want to thank each individual whose leadership during the face of great uncertainty set our institution on a path to recovery following the storm. I look forward to continuing our work to position our coastal operations to meet the unique education and research needs of the coastal community and the growing technology, engineering, and industrial business needs of our emerging Blue Tech Economy.” 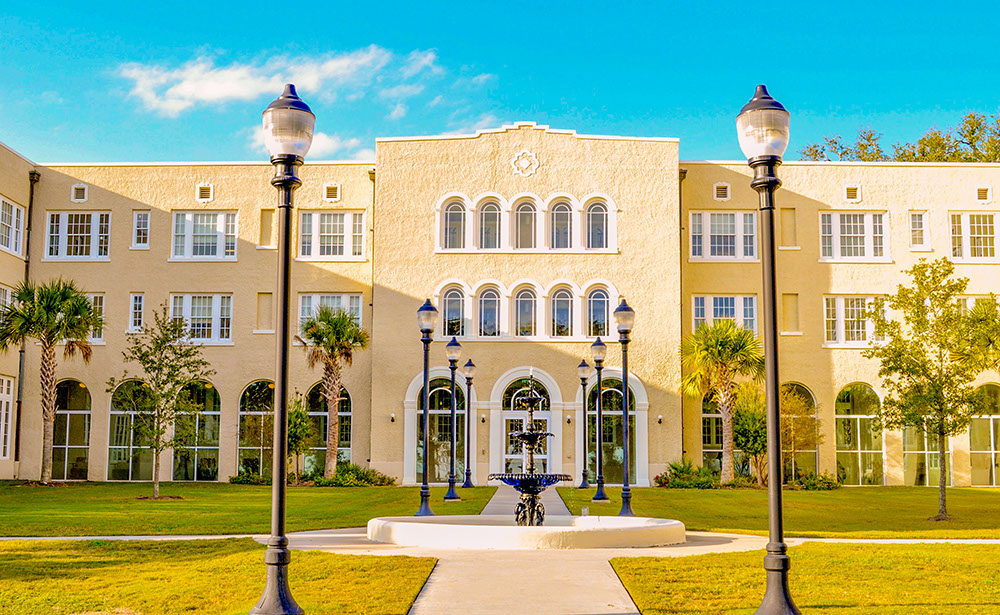 The building or historic reconstruction of more than a dozen buildings on the Gulf Park campus in Long Beach followed the storm, supporting the enhancement of student services via the new Academic Success Center, Student Services One Stop, and piloting the University’s centralized Advisement Center model.

In recent years, the Gulf Park campus has seen a number of improvements. The construction of the “Gulf Park Gateway,” defining the campus entrance and mirroring the gateway entrance to the University’s Hattiesburg campus, improves campus access and serves as a symbol of USM’s commitment to meeting the education, research, and economic needs of the coastal community. The University also replaced the last of its modular units used after the storm as classrooms and office space with the construction of the two-story, 25,000 square foot North Academic Building, featuring classrooms, study rooms, conference rooms, meeting space, and faculty offices. The campus has also improved its historic Bear Point Bayou with a pedestrian pathway. The bayou runs through campus and is home to various species of turtles, fish, and other coastal wildlife. Reportedly first listed on an area map in 1774, the bayou is fed from a natural spring located north of campus. 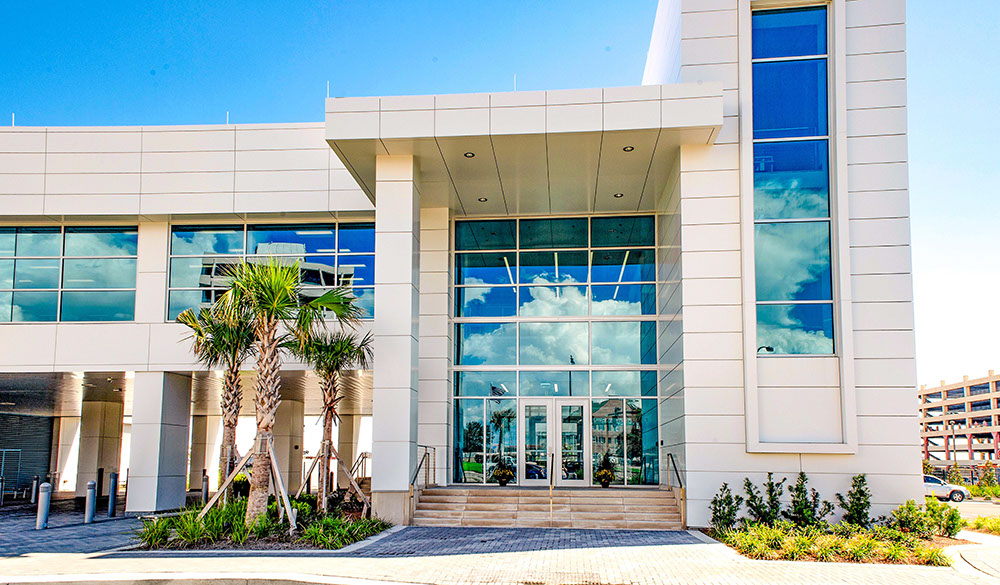 The Marine Education Center was the final Katrina recovery project for USM, with the $16.2 million facility opening in 2018. The center is located at the University’s GCRL Cedar Point site in Ocean Springs, moving from a high-risk velocity zone at Point Cadet, Biloxi, to a safer, higher elevation site located out of the direct wind field. The new structures were designed to be as wind resilient, flood proof, energy efficient, and coastal hazard resistant as any structure built post-Katrina.

The Marine Education Center functions as the education and outreach arm of GCRL and provides an all-encompassing immersion experience for participants in a unique and beautiful setting, which includes a mix of exhibits, classrooms, laboratories, meeting spaces and administrative offices, as well as outdoor learning and field experiences through a system of trails, boardwalks, and outdoor classrooms. The facility, which was funded by a combination of federal recovery and state monies, has received multiple architectural awards for its sustainable, green, and effective coastal building techniques in harmony with the coastal environment.

In addition to the Marine Education Center, GCRL lost multiple other structures 15 years ago. An 11,000 square foot, state-of-the-art Toxicology Building opened in 2017 at the Cedar Point location, with work that focuses on the effects of anthropogenic substances (introduced by human activity) on aquatic or marine species. The researchers focus on three key areas: nanotoxicology, toxicogenomics, and the effects of the Deepwater Horizon oil spill. At the GCRL Halstead site, a new Field Studies Building was completed in 2014, replacing classrooms lost during the storm. This facility supports, among other things, the GCRL Summer Field Program which has provided field-based academic courses for undergraduate and graduate students since 1947.

“One of my most vivid recollections of that period is coming on to the GCRL Halstead campus a couple of days after Katrina’s landfall. The devastation was immense, to say the least,” Dr. Read Hendon, School of Ocean Science and Engineering Associate Director for GCRL, said. “Our faculty, staff and students got to work not long thereafter salvaging what we could and cleaning out our offices and labs. To see the GCRL sites today, you would not imagine that destruction had ever occurred. While it was a long and complicated process, we have taken what was a major disaster and used that as a foundation to improve our campuses and facilities and—as a result—we have enhanced the research USM conducts and the educational programs we offer.” 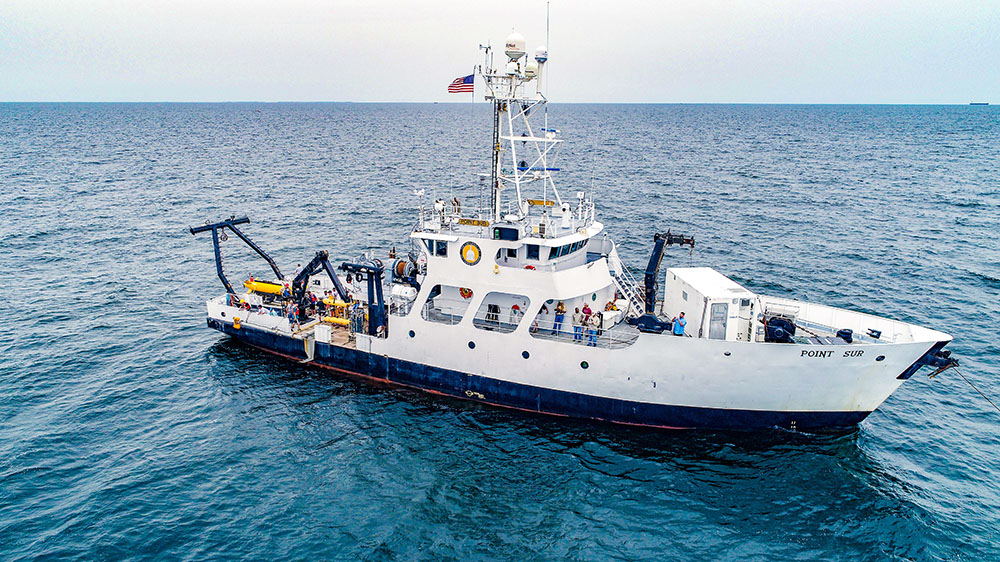 USM at the Port of Gulfport

Another development since the storm is the groundbreaking of the Roger F. Wicker Center for Ocean Enterprise, located at the Mississippi State Port Authority at Gulfport, where a casino stood before Katrina. Once complete, the building will be the centerpiece of research and development in the Gulf, further establishing the initiatives of Governor Phil Bryant’s Ocean Task Force and creating a unique maritime technology environment on the Mississippi Gulf Coast. Joining USM’s recently opened Marine Research Center at the Port, the Wicker Center for Ocean Enterprise will be a regional engineering and development center, co-located with an innovation and commercialization center to support maritime systems and platforms for ocean exploration, forecasting, and data collection.

“Here on the Mississippi Gulf Coast we are no stranger to the impacts natural and man-made disasters have on our environment, community, and our way of life,” Dr. Kelly Lucas, Director of USM’s Thad Cochran Marine Aquaculture Center, said. “Through our strategic investments at the coast campus and our coastal research sites, we remain committed to developing and supporting advancements in the ocean economy to enable our community and state to grow and forge a more resilient path forward.”

The port also serves as the home of R/V Point Sur, USM’s 135-foot research vessel, which has expanded the University’s ability to explore and uncover many of the mysteries of the Gulf of Mexico.

USM at the Stennis Space Center

“The research facilities present on the Gulf Coast allow USM scientists and students to conduct cutting-edge research into the intersection of human activities and the marine environment,” Joe Griffitt, Director of USM’s School of Ocean Science and Engineering, said. “In an area where so many people depend on the ocean for their livelihood, their homes, and their recreation, understanding how our activities affect the ocean, and how the ocean affects us, is an essential part of the mission of USM.”