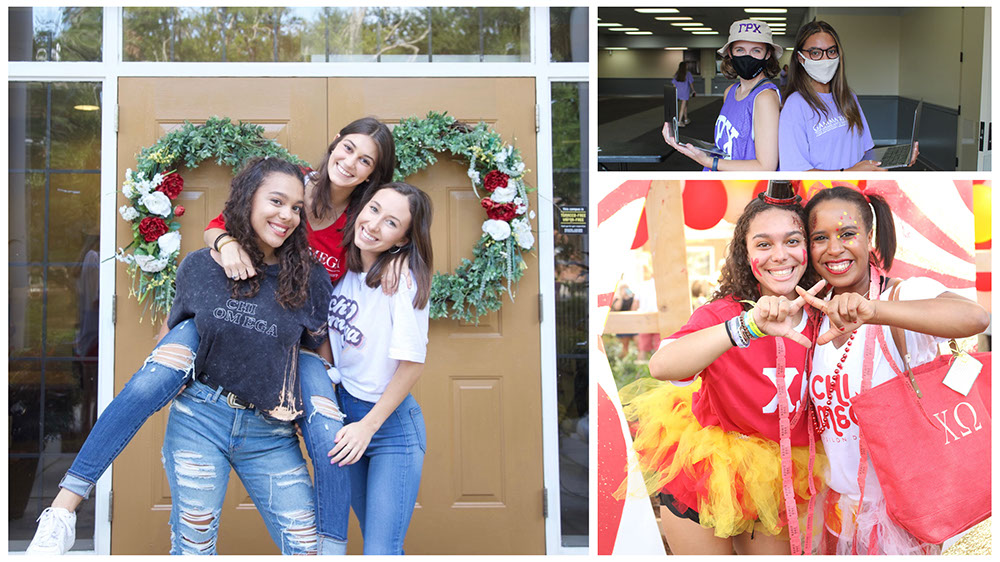 The College Panhellenic Council (CPC) at The University of Southern Mississippi (USM) has elected a woman of color for the first time as its president. USM junior and Chi Omega Mina Burton was elected by her peers, who make up the CPC representing eight sororities that are part of the National Panhellenic Conference (NPC). CPC is the largest of all three Fraternity and Sorority Life councils, which also includes the Interfraternity Council (IFC) and the National Pan-Hellenic Council (NPHC).

“I think the fact that the CPC community has chosen me to represent them says a lot about the progression of this community,” Burton said. “Traditionally, CPC has been a very exclusive community that is almost homogenous in its membership, but I think we’re becoming more open to all types of people, and we’re becoming more open to the idea that sisterhood doesn’t mean that we all look alike, dress alike, or have the same socioeconomic status. Sisterhood means that we have the same values. We get excited about the same things. We’re trying to further the same goals, and we want to work as a team.”

The CPC is made up of eight executive board members, the presidents of each of the eight NPC chapters, and one voting representative from each sorority. CPC coordinates events including educational programs, community service projects, and formal recruitment. As a black woman, Burton is well aware that most NPC women are white. While it was an uncomfortable realization at first when she went through recruitment, as a member, she has used this as an opportunity to create programming focused on diversity.

“Since we started diversity, equity, and inclusion programming in Chi Omega, I have seen that women in my chapter who are minorities—whether by their sexual orientation, ethnicity, religion, etc.—are now more comfortable speaking up in moments that may be awkward for them,” Burton said. “There’s been an increase in tough conversations and holding people accountable for their actions, and I’m really proud of that.”

Burton served as the educational chair for Chi Omega and oversaw that programming. She hopes to continue that in CPC as president, but she is especially hopeful that other women who are minorities will see her in this elected position and realize they have a place, too.

“I remember walking into some chapters during recruitment and seeing the women there or seeing the faces on the walls and thinking, ‘Oh my gosh, no one looks like me.’ I felt like I stuck out in the worst possible way,” Burton recalled. “My hope now is that women may see me—even if they’re not a woman of color, they may feel that something else sets them apart—and I want them to know that it’s okay to be ‘the first’ sometimes. It’s going to be awkward, but just because you’re the first doesn’t mean you’re the last.”

Burton, a member of the Honors College, is a biological sciences major with a biomedical emphasis and a double minor in public health and chemistry. Despite a rigorous academic schedule and preparing to attend medical school, she is involved in many organizations and holds leadership positions throughout campus. Mina served as a recruitment counselor this summer, is a Luckyday scholar and serves on their advisory board, and is a member of the American Medical Students Organization and the women’s leadership organization, the Black-Eyed Susans.

“I think Mina is the right person for this position at this particular time in this climate,” said Dr. Maleta Wilson, Director of USM’s Office of Fraternity and Sorority Life. “She is definitely the right person to move the council forward. This is an opportunity to show all of our students inclusiveness from every aspect, and I think it’s also a great opportunity for the university to continue that path of diversity and inclusion.”

To learn more about the CPC, visit: https://www.southernmisscpc.com/