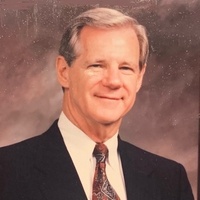 Dr. Jim Williams, a former University of Southern Mississippi (USM) Vice President for Gulf Coast operations who served in that role from 1993-2003, died Dec. 10. He was 83.

A native of Fairhope, Ala., Dr. Williams oversaw a wide variety of advances in the University’s academic services and programming, and improvements to infrastructure at its Gulf Park Campus in Long Beach and other Gulf Coast teaching sites. He came to USM from Auburn University at Montgomery (AUM), where he served as the school’s second chancellor from 1980-1993 and is a member of its Athletics Hall of Fame, credited for his role in raising the profile of AUM’s athletics programs to the top levels of the National Association of Intercollegiate Athletics (NAIA).

Dr. Pat Smith, a professor emeritus of history at USM’s Gulf Park campus, said Dr. Williams was a “Godsend” for the University’s Gulf Coast operations because of his knowledge and previous administrative experience, and praised his ability to develop strong local support to carry out his vision for USM’s coastal operations.

“He laid a great foundation for the future here,” Dr. Smith said. “Under his watch, enrollment increased, as did course offerings and the planning and construction of new buildings, which proved to be crucial later in our recovery from Hurricane Katrina.

“It was a heady time of not only just dreaming about improvements here, but also seeing them come to fruition, and Jim Williams was a central figure in all of that. He put a lot of blood, sweat and tears into it. He had a dream, a purpose, and his energy seemed limitless.”

“Dr. Williams was a very capable administrator, and well-received on the Gulf Coast and within the university community,” said USM President Emeritus Dr. Aubrey K. Lucas. “We are indeed saddened to learn of his passing.”