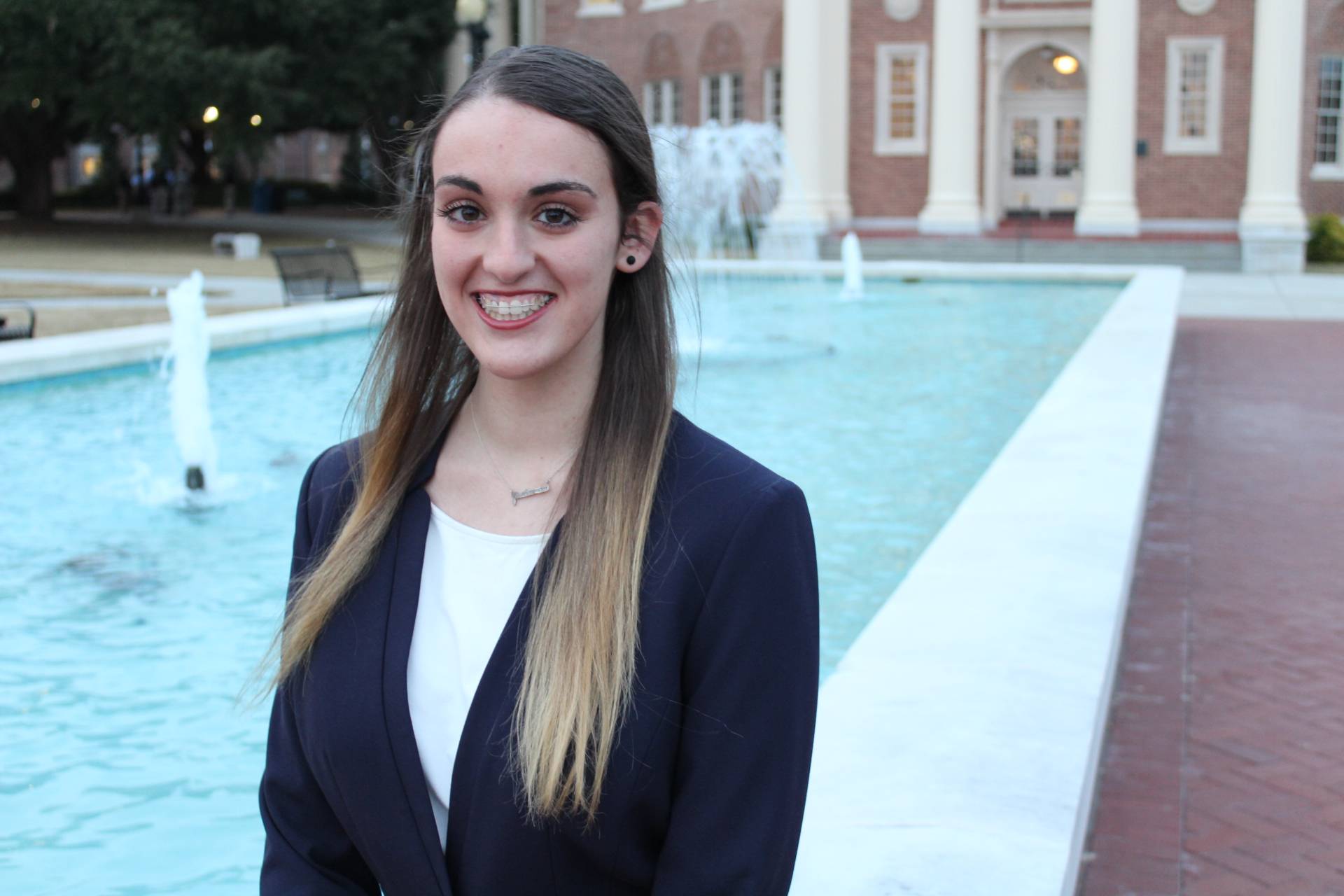 Selma Newbill, a junior Honors College student at The University of Southern Mississippi, has been named a finalist for the Harry S. Truman Scholarship, a prestigious award that comes with national recognition for potential as a public service leader and up to $30,000 for graduate study.

Newbill, a political science/English double major from Carriere, Miss., was selected from a field of nearly 800 applicants to interview for the prestigious national scholarship. She will compete with other college juniors from across the country for one of the 60 highly competitive awards.

“The application process was demanding, but through it, I discovered how deeply rooted my passion for public service is,” said Newbill. “I am now more determined than ever to fulfill my dreams of advocating for sexual assault survivors through policy and the founding of my own non-profit. I am honored to represent Southern Miss as a finalist.”

The Truman Scholarship Foundation received 773 applications from 316 colleges and universities this year and whittled the field to 190 candidates from 136 institutions of higher learning as finalists. Newbill is scheduled to interview before the Foundation's Regional Review Panel in Nashville on March 18. Scholarships winners will be announced in early April.

Named in honor of the late U.S. President Harry S. Truman, the scholarship is awarded to high-achieving undergraduate leaders who show commitment to public service and potential to continue that service beyond graduation.

Newbill has quite a history of leadership and public service on campus and in the community. She serves as president of the Sexual Assault Prevention Ambassadors (SAPA), senator at large for the Student Government Association, Honors College Leadership Council Philanthropy Committee, a resident assistant for the Department of Housing and Residence Life, and presenter at multiple national conferences, to name a fraction of her commitments.

As founder and president of SAPA she initiated and organized USM’s first Denim Day event where on April 15, 2019, USM’s faculty, staff, students, and even most senior administration wore denim demonstrating to the community that USM would not tolerate sexual assault. This event earned USM recognition from the National Denim Day Organization.

As a finalist, Newbill will have access to a network of past finalists and scholars who have gone on to serve as leaders of government agencies, successful nonprofit organizations, powerful advocacy groups and academic institutions around the world.

Newbill has her sights set on pursuing a Master’s in Public Policy after completing her undergraduate work at Southern Miss.

“I will pursue a graduate program that focuses on policy creation, implementation, and leadership management to support my ultimate goal of founding a nonprofit for sexual assault survivor advocacy,” said Newbill. “One program I am interested in is Harvard Kennedy School’s MPP, which focuses on both policy analysis and implementation.”

Dr. Dee Dee Anderson, Vice President for Student Affairs at Southern Miss, was not surprised to learn that Newbill had been chosen as a Truman finalist. Newbill was named the inaugural and namesake recipient of the Selma Newbill Pursuit of Passion Award from the Division of Student Affairs last spring.

“Selma epitomizes what it means to be an engaged student and public servant. She has given tirelessly to educate students, faculty, and staff on sexual assault prevention. She has brought an awareness to a difficult issue receiving support from the highest levels of administration and from her peers.” said Anderson. “She is truly worthy of this recognition and makes us all proud to be Golden Eagles!”

Students interested in applying for the Truman or other nationally competitive scholarships should contact Southern Miss Nationally Competitive Programs Project Director Carlee Causey at 601.266.4263 or Carlee.CauseyFREEMississippi.