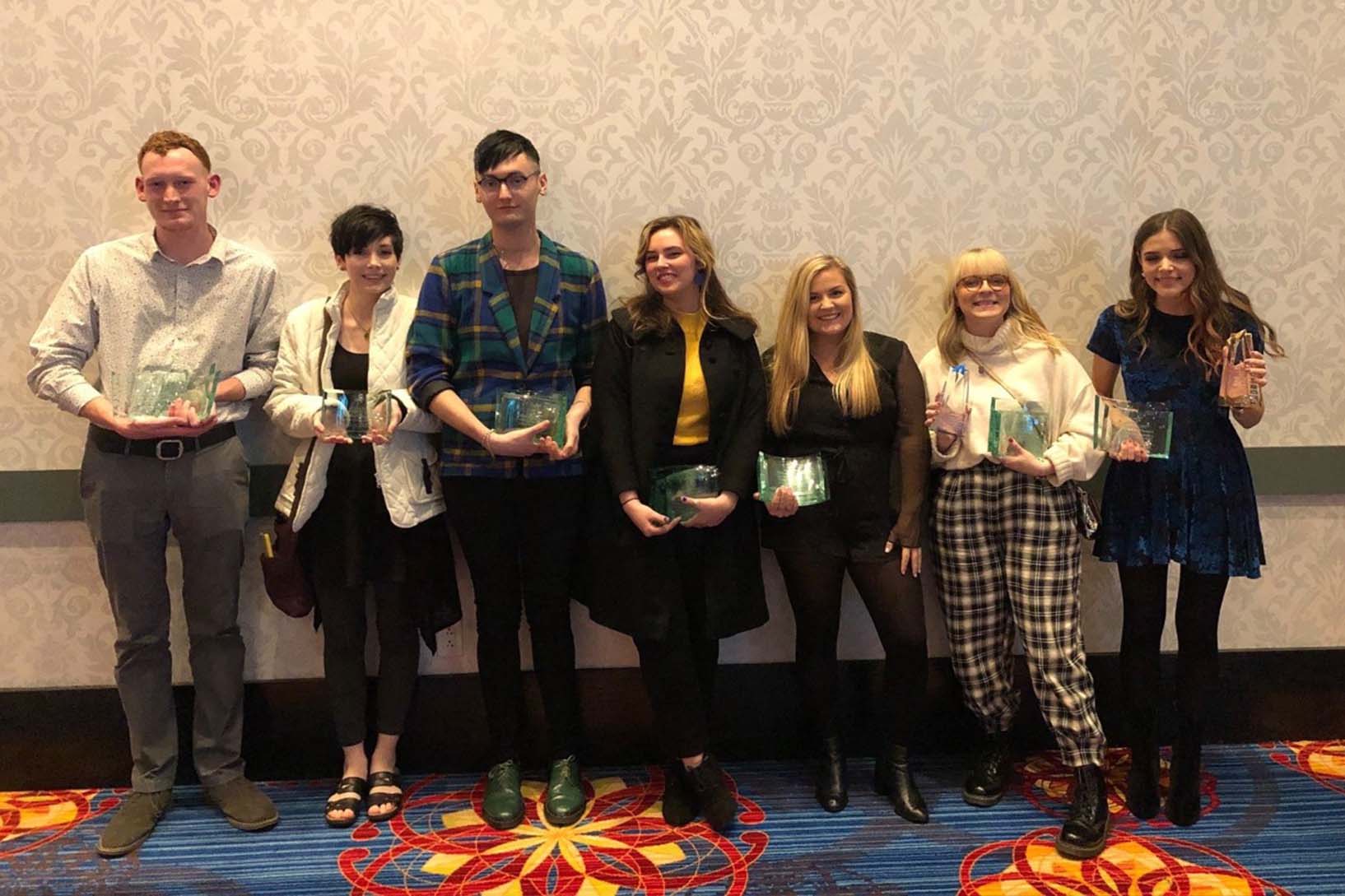 Students from the Graphic Design area in the School of Performing and Visual Arts at The University of Southern Mississippi (USM) were honored with a total of 60 awards at the American Advertising Federation Mississippi Gulf Coast (AAF-MS Gulf Coast) Awards, also known as the ADDYs, on Feb 8.

The unprecedented number of awards surpasses the all-time record of 48, set in the previous year. The collective award count includes 19 Gold and 39 Silver ADDYs, a Judge’s Choice, and a Best of Show.

“These prestigious awards are an affirmation of the high-quality and creative design work our students at USM are producing,” said Jacob Cotton, assistant professor in the Art and Design program. “Awards not only give added affirmation from an external audience, but they also reinforce the value of the educator’s praise to the student. We can’t even begin to express how proud we are of their creative spirit, hard work and dedication.”

A Judge’s Choice was awarded to Darian McGehee, senior graphic design major with a minor in art history for her “Saboroso Lookbook Design.” The lookbook is a publication showcasing the brand McGhee created for a Brazilian style restaurant that is meant to wow potential investors and convince them to invest in the business. McGee, from Batesville, Miss., was also a recipient of four Gold and two Silver ADDYs.

“This was my second year to enter work into the ADDYs and I knew what to expect in that you attend the awards not knowing how many you have won or what for, I just knew I had won something,” said McGehee. “To walk out with seven awards was just so mind blowing to me, it boosted my confidence as a designer that I didn't really realize I was lacking until that moment.”

The Best of Show was awarded to Cassidy Birchfield, senior graphic design major from Gautier, Miss., for her digital art trade journal the “Graphically Magazine Design.” Birchfield was also a recipient of a Gold ADDY for her “Zahra Lookbook Design.”

Birchfield is thankful for her education at Southern Miss and credited much of her success to her professors.

“I was very surprised to receive the Best of Show award,” said Birchfield. “This award was a direct result of the invaluable support and guidance I have received from my professors at USM.”

The merit-based American Advertising Awards, created with the goal to recognize and reward creative excellence in the art of advertising, is the nation’s largest design and advertising competition. Students placing in gold or special categories in the local phase of the competition move forward to regionals, where they will compete with works from across several states for the opportunity to compete at the national level.

The USM AAF-MS Gulf Coast ADDY Award winners, who will move forward to regionals include:

For more information about the Art and Design program visit usm.edu/art-design