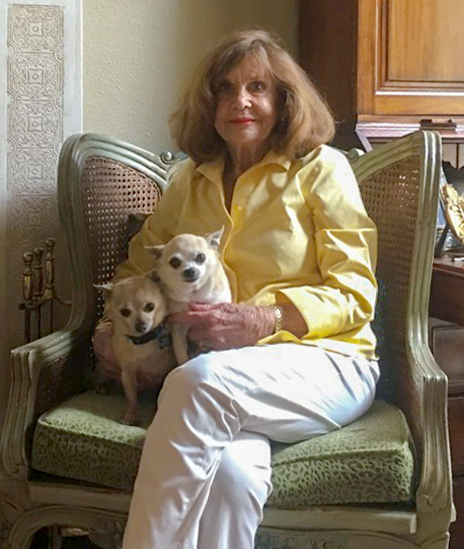 More than 60 years ago, Jane Jones followed her heart - to the dismay of her parents - when she dropped out of college to marry her boyfriend, an ROTC (Reserve Officer Training Corps) student heading to England for his first active duty assignment with the military.

They consented, but made Jones promise she’d eventually complete her studies. On May 15, she did – at age 82, earning a bachelor’s degree in English from the University of Southern Mississippi (USM).

Fast forward to the fall semester of 2015 and Jones, a Hattiesburg native, decided she would at long last make good on the vow to her parents. She enrolled at USM to pursue a degree in English – the majority of her past college credits were in the subject, and it was one she enjoyed.

“Listening to, and taking part in, discussions about all the classics in literature and to also look at them in a new light all these years later, has been so enjoyable,” Jones said. “It was a wonderful opportunity to be able to take classes at USM, and everyone in the program -- professors and fellow students – have been so supportive.

“And, I thank God. I could not have done this without Him. I can’t believe it actually happened, I’m just thrilled to death. I kept going to my classes these past five years, and, now all of a sudden, I’ve graduated.”

The biggest challenge for Jones in returning to the classroom was technology. “The computer was not my friend, at first,” she said. And, as the university transitioned to complete online course deliver midway through the spring semester due to the COVID-19 pandemic, Jones had to wind up her final weeks in college through Canvas, an e-learning platform used for online course delivery. She credited USM English professor Luis Iglesias for guiding her successfully through that stage and to the finish line, in his spring semester course ENG 370: Survey of American Literature I.

Iglesias first met Jones in August 2015, when she came to him when he was chair of the English Department, expressing her desire to complete her degree. “From that day forward, she demonstrated not only a strong commitment to learning and her classes, but a genuine delight and interest in studying literature and her education overall,” Iglesias said.

“Throughout the spring 2020 semester she contributed -- to class discussion, sharing her observations on the texts as well as her life-experiences - which were so inspiring for the students in the class. When we switched to a fully online format, even though she had never taken an online class, she didn't skip a beat. She completed the course with aplomb, maintaining that spirit of intellectual curiosity she always exudes.

Dr. Iglesias’ colleague, Dr. Jameela Lares, shares his appreciation for Jones’s attitude and drive. “Jane was first my advisee and also my student last spring in my capstone class ‘Milton for Mississippi,’ and then in my adolescent literature class this last fall,” Lares said. “Both classes were set up as split-level seminars with both undergraduate and graduate students, and Jane certainly held her own in both.

“She’s the poster child for finishing what one starts, even if it took her something like, 60-plus years. I’ll never forget her energy and wide-eyed enthusiasm.” 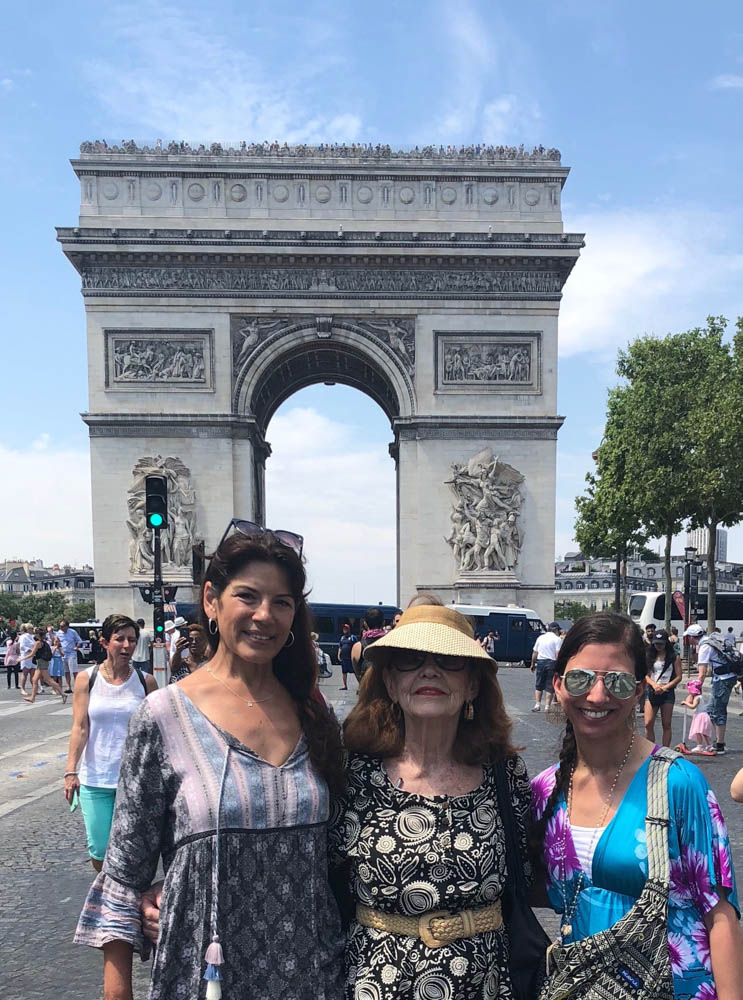 One of the degree requirements for Jones to finish included additional coursework in a foreign language. Dr. Lares suggested she earn them through USM’s summer study abroad course in Paris, led by Keltoum Rowland, instructor of French in the USM World Languages program.

“I had never thought about doing that, until Dr. Lares encouraged me, and it was just a great experience,” Jones said. “I really felt close to the other students on the trip, and my daughter (Sharon) went with me, which was wonderful. I want to go back.”

Rowland was concerned at the time that Jones, at her age, might have challenges with the rigors of the program’s daily schedule of sightseeing and exploring the city’s cultural and historic venues, which sometimes included as many as 20,000 steps in a day - “something many of my 20 year-old students complain about.”

“But she never once complained about being tired during our trip, even when taking the metro, which in itself is no easy task -- she still managed,” Rowland said. “When I think of Jane, I think, ‘Wow!’ She proves there’s no age limit on learning, and is a role model for all of us. She has what I want to see in every student – a joie de vivre (enjoyment of life).”

Craig Carey, associate professor of English and undergraduate coordinator for the program, said that, indeed, Jones “exemplifies the patience, devotion, and persistence of authentic learning, reminding us all that higher education is a lifelong endeavor, not something that ends in one's 20s.”

Hailee Buras of Toca, Louisiana, graduated with Jones this spring and accompanied her to Paris. She describes her classmate as “a fun lady, who always tried her hardest during class - she kept up better than the younger students.” “I'm so happy I had the chance to meet her on our trip to France,” Buras said.

In comparing college students of today to those in her youth, Jones said she finds them to be “smarter now, and much more inquisitive.” “I think they discuss their school work more than we did when I was younger,” Jones said. “They’re much more engaged."

What’s next for Jones, now that she’s completed her degree? She plans to spend more time with her dogs and travel, including planning that return trip to Paris; playing bridge with her friends; and taking part in activities offered at USM’s Osher Lifelong Learning Institute (OLLI).

But, there’s a bit of unfinished business – the USM spring commencement, which has been rescheduled for August, also due to safety concerns brought on by the pandemic.

“Do you think I should?” Jones said when asked if she planned to don a cap and gown and march with her classmates in the August ceremony to pick up her diploma. “Everyone thinks I ought to, and I believe I will. And I suppose, when I’m there, I’ll look up and say ‘Mom, dad - I did it.’"