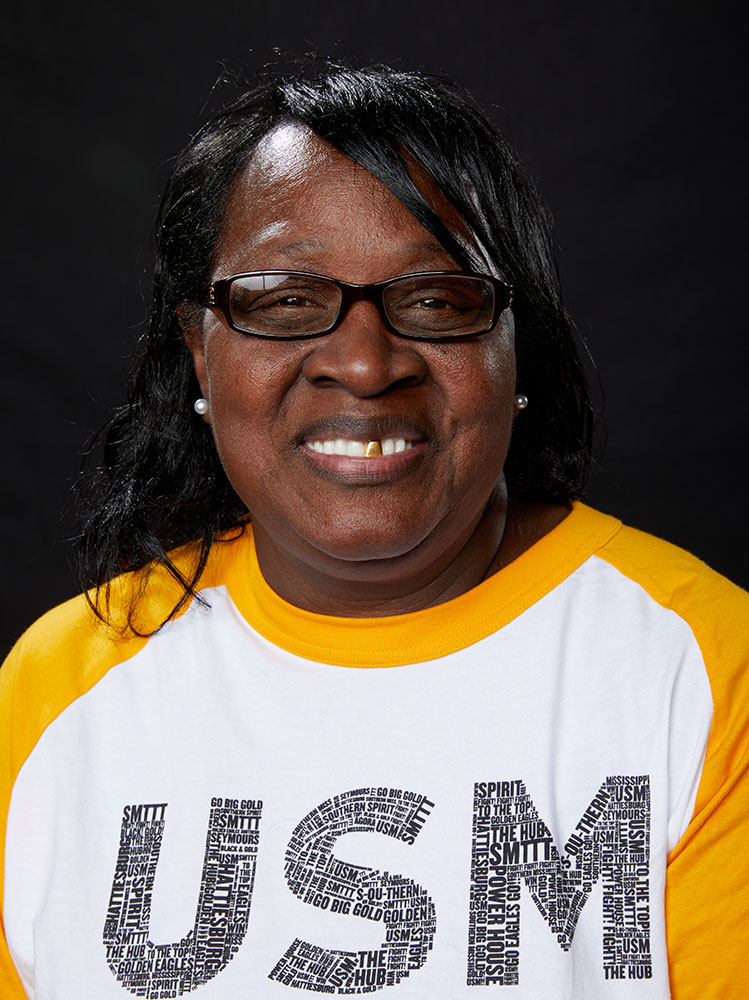 A University of Southern Mississippi legend retired Friday after serving students with a smile for nearly 29 years. Gloria Peterson, lovingly called “Ms. Gloria” to generations of Golden Eagles, was celebrated in a reception at The Fresh Food Company, where she finished her career as a Frontline Associate. Friday, November 13 was also recognized as “Gloria Peterson Day” with a proclamation by the City of Hattiesburg.

Ms. Gloria began working as a cook with Eagle Dining at USM in 1991 at the Elam Arms Dormitory. From there, she transferred to her current workplace at “The Fresh,” recalling that her supervisor noticed how the students were reacting to Ms. Gloria’s personality. The supervisor pulled her from the kitchen and put her on the food line, where she’s stayed since then, saying, “I’ve loved every minute of it.”

“It was God’s doing,” Ms. Gloria recalls of being asked to join the Eagle Dining team. “He put me here, and He kept me here. Now it’s time for me to go and give Him a whole lot more service than I’ve been giving Him.”

Ms. Gloria is not shy of sharing her personal story in coming to USM. She said she was at a low point in her life, but it was during this time that she was led to the church and accepted the job at USM—both things that transformed the way she lived.

“God will put a love in you that can’t be hidden,” she said. “He’ll put something in you that’s got to come out.” 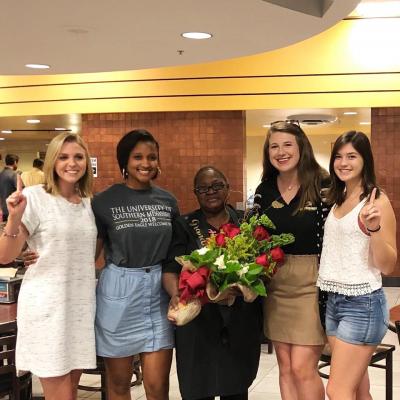 That “something” is her ability to bring about joy with all she encounters. If you know Ms. Gloria, you know she has a few sayings that can be heard from outside The Fresh during lunch hour: “How you percolating?”, “It’s Hump Day!”, and “It’s Friday!,” the last one sung like she’s in the church choir rather than the university cafeteria. Of her notable greetings, she said, “If it makes them feel good, that’s all I want… When you come here, and people appreciate you just giving them a piece of bread, or appreciate you for a smile, it does something to you.”

Food Service Director Robert Clayton, one of Ms. Gloria’s colleagues of 23 years, described her this way: “She can make a good day better and a bad day gone. She’s just one of a kind.”

“She’s a great stamp on what USM is about,” senior Scott McMullan said. “Most people here are very welcoming, and she really leads by example, and that shows with her work here at The Fresh Food Company.”

“I feel like Ms. Gloria is a part of everyone’s Southern Miss experience, especially freshmen,” junior Cynthia Miles said. “I hate future generations won’t get to experience that, but maybe we can continue her legacy just by asking someone, ‘How you percolating?’ and using her kindness in our everyday actions.” 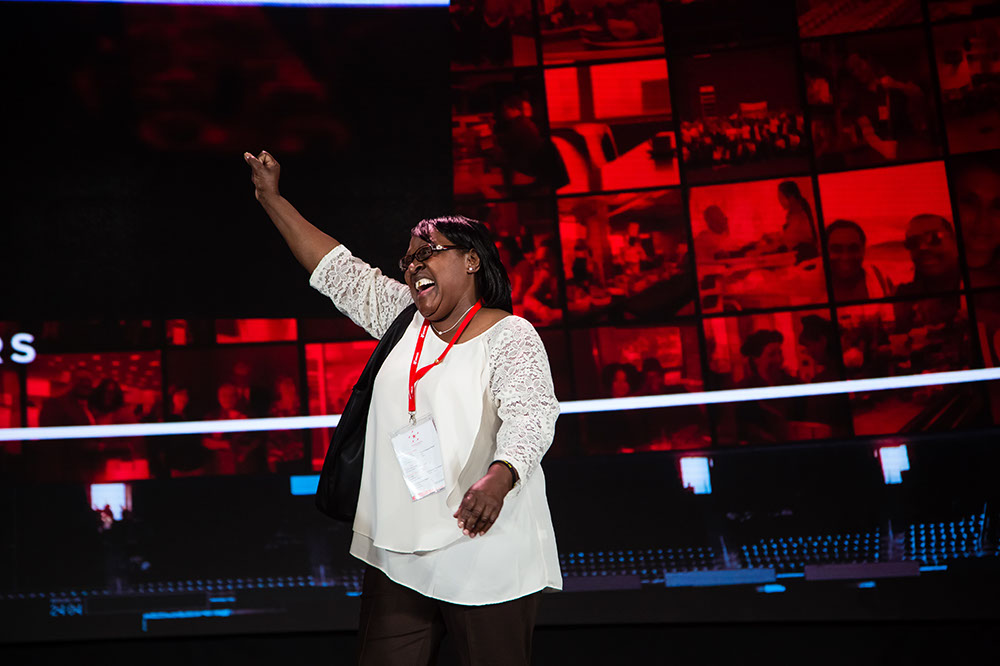 Ms. Gloria’s hard work and kindness was recognized by the USM community in 2018 when she was named the Grand Marshal of the homecoming parade. But it was recognized far outside of the college campus as well. In 2017, she was named to Aramark’s 2017 Ring of Stars class, one of 200 selected in the company from more than 1,000 nominations in 20 countries. The Ring of Stars program is comprised of frontline employees who proudly serve the company's customers and consumers and work diligently wherever people learn, work, play and recover—including schools and universities, hospitals, sports venues, on delivery routes and in businesses of all kinds.

When asked what her best memories were in her 29 years at USM, Ms. Gloria offered stories of specific students, without hesitation. One student was someone she noticed often without a smile. Another, clearly lonely as she worked through difficult decisions in her life.

“I wish I could find her and tell her I miss her,” Ms. Gloria said of one of the students. “Those are the things I’ll remember. I’ll remember USM, the bosses, the employees… People are good, people are kind, people are friendly. All you’ve got to do is just be yourself.”