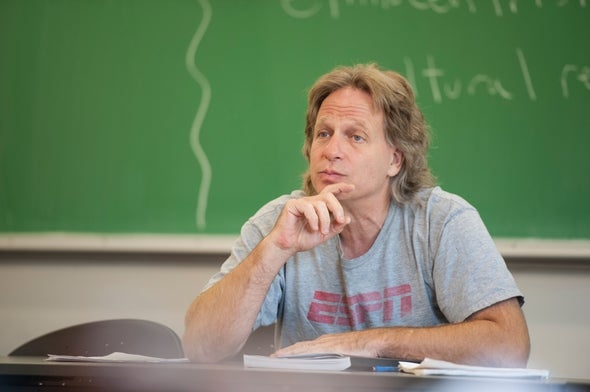 Dr. Sheldon Solomon, a professor of psychology at Skidmore College whose research focuses on the effects of the uniquely human awareness of death on behavior, will present “The Worm at the Core: On The Role of Death in Life” at the next University of Southern Mississippi (USM) Philosophy and Religion Forum. This free event is set for Tuesday, March 10 at 6:30 p.m. in Gonzales Auditorium in the Liberal Arts Building on the Hattiesburg campus.

The co-author of In the Wake of 9/11: The Psychology of Terror and The Worm at the Core: On the Role of Death in Life, Dr. Sheldon is an American Psychological Society Fellow and recipient of an American Psychological Association Presidential Citation (2007), a Lifetime Career Award by the International Society for Self and Identity (2009), and the Association of Graduate Liberal Studies Programs Annual Faculty Award (2011).

Dr. Sheldon’s research on death and its intersection with human behavior has earned support from the National Science Foundation (NSF) and Ernest Becker Foundation, and was featured in the award-winning documentary “Flight from Death: The Quest for Immortality.”

"We're really looking forward to having Dr. Solomon with us for the March 10 Philosophy and Religion Forum,” said Dr. Amy Slagle, an associate professor of religion in the USM School of Humanities and coordinator of the forum series. “His research on the ways that the existential fear of death, and its denial, impacts the formation of human cultures and conflicts is compelling. I believe his talk will have broad appeal to USM students and faculty, and members of the Hattiesburg community."

For information on this event, contact Dr. Slagle at a.slagleFREEMississippi.