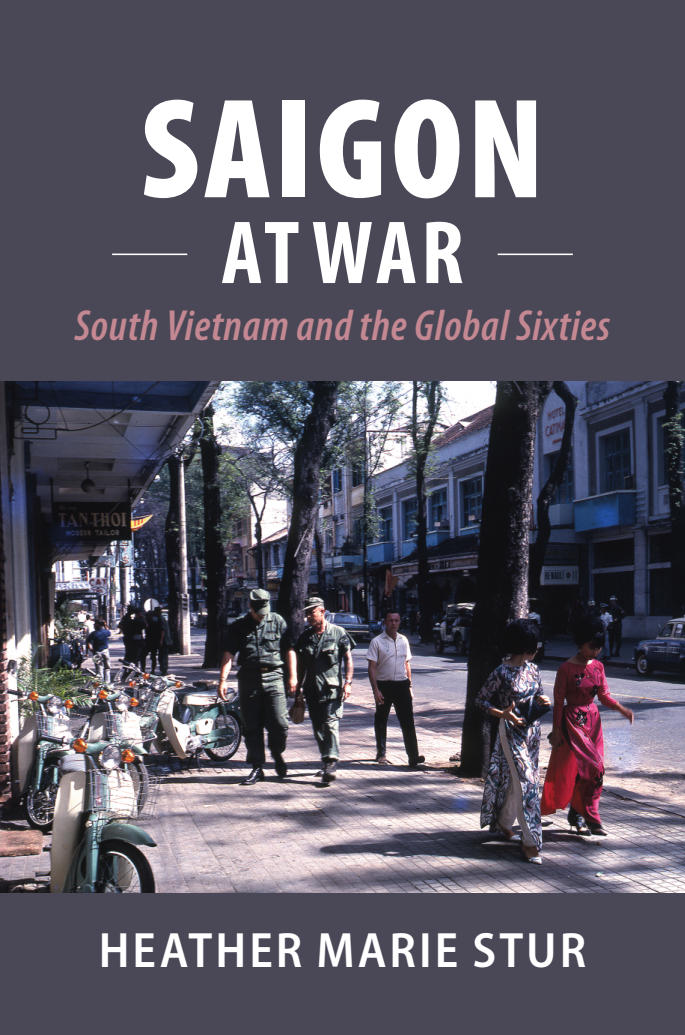 In her latest book, University of Southern Mississippi (USM) History program professor and Vietnam War expert Dr. Heather Stur looks through an often ignored prism to more thoroughly understand the conflict that bedeviled both the U.S. and Vietnam through the 1960s and beyond.

Saigon at War: South Vietnam and the Global Sixties (Cambridge University Press), examines -- through the vantage point of the people of South Vietnam -- the intersection of politics in the South Vietnamese capital of Saigon; armed conflict with the communist North Vietnamese; and the fledgling democratic nation’s case for legitimacy in the international court of public opinion.

Saigon at War is one of the first books that takes South Vietnam and South Vietnamese political actors seriously in the broader context of the Vietnam War, Dr. Stur contends. Much of the previous scholarship emphasized American experiences and decision-making regarding the war and nation building.

“Historians who have examined Vietnamese perspectives have emphasized voices from Hanoi and the southern communist movement,” she said. “These approaches to the Vietnam War have left out an important angle that reveals a diversity of opinions among South Vietnamese about what Vietnam’s postcolonial future should look like. “A communist victory was not inevitable, and Hanoi’s Communist Party did not represent the views of all Vietnamese.”

Dr. Stur posits in Saigon at War that South Vietnam had a working democracy that failed because of political repression at the hands of South Vietnamese government regimes, not as a result of widespread commitment to communism among the Vietnamese population.

“As a nation that developed under the guidance of the U.S., South Vietnam offered its citizens a taste of liberty, only to snatch it away from them when free speech appeared too dangerous to government stability,” she said. “Harsher state and police crackdowns on opposition groups in the late 1960s radicalized some Catholics, students, and other activists, pushing them deeper into the camp that supported reconciliation and an end to war, even if it gave control of Vietnam to communists.”

Dr. Stur conducted much of the research for Saigon at War while as a Fulbright scholar in Vietnam in 2013-14. She learned Vietnamese while in graduate school, and returned to language study in Vietnam, working in an immersive environment. Her Vietnamese language research materials were housed in two archives in Ho Chi Minh City, Vietnam: Vietnam’s National Archives II and the General Sciences Library (formerly the national library of the Republic of Vietnam). While there, she analyzed South Vietnamese government and military documents, newspapers, magazines, police and court reports, provincial reports, political newsletters, intelligence reports, diplomatic cables, and letters from citizens to various government offices in the 1960s and 1970s. Back in the U.S., she augmented her Vietnamese research with documents from the

Dr. Stur said an early inspiration for Saigon at War was her faculty colleague Dr. Andy Wiest's book Vietnam's Forgotten Army: Heroism and Betrayal in the ARVN, a recipient of the Distinguished Book Award from the Society for Military History.

“Andy was one of the first historians to approach the South Vietnamese military as a legitimate actor in the Vietnam War, and his book made me wonder what the Vietnam War story would look like if we expanded our understandings of South Vietnam further by incorporating political and civilian perspectives into the narrative,” Dr. Stur said.

A Fellow in USM’s Dale Center, Dr. Stur is a recipient of USM’s prestigious Gen. Buford Blount Professorship in Military History and Nina Bell Suggs Professorship. Her previous works include Beyond Combat: Women and Gender in the Vietnam War Era, among other books and articles. For more information about her work at USM, visit https://www.usm.edu/faculty-directory/profile.php?id=1936736; for information about the Dale Center for the Study of War and Society, visit https://www.usm.edu/dale-center-war-society/.