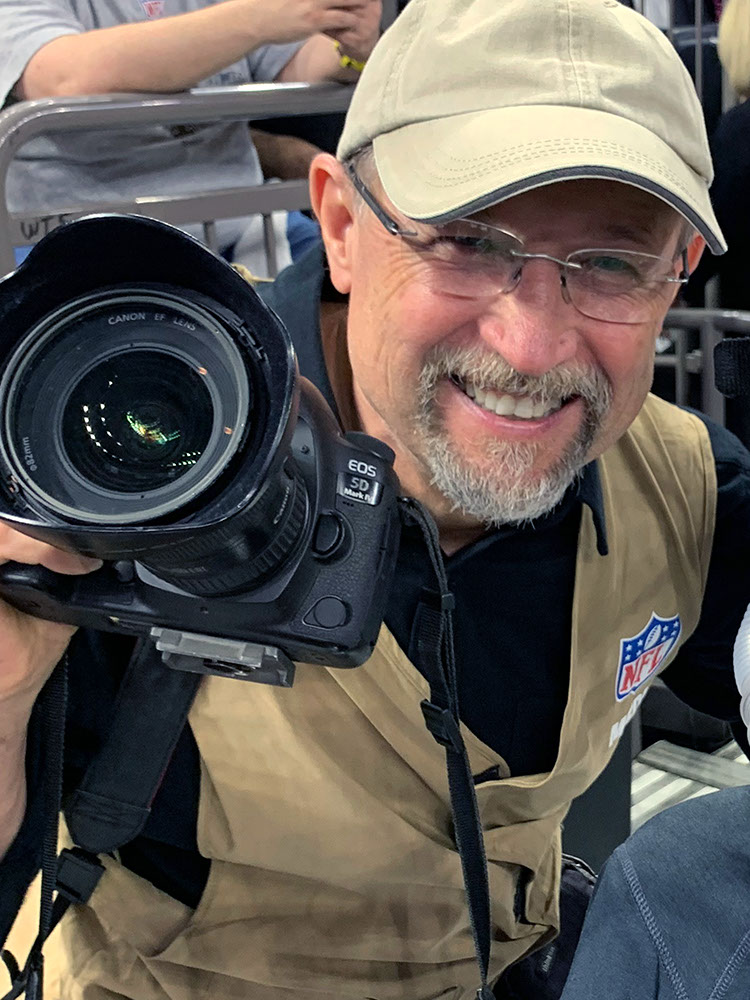 University of Southern Mississippi (USM) alumnus Ted Jackson is one of America’s best at telling a story with a camera. He’s got Pulitzer Prizes to prove it.

Jackson, a University of Southern Mississippi (USM) alumnus who won journalism’s top honor twice as a photojournalist with the New Orleans Times-Picayune -- has proven he’s also not too shabby at employing the written word, with his new book You Ought to Do a Story About Me.

Jackson will be available to sign copies of the book Saturday, Nov. 14 from 3-5 p.m. at the Hattiesburg Cultural Center, located at 723 Main St. in the city’s historic downtown, as part of a Hattiesburg Arts Council emerging artist event. He will then give a presentation at the Odd Fellows Gallery, also in downtown Hattiesburg at 119 East Front St., beginning at 6 p.m.

Thirty years ago while he was shooting photos for a story the Times-Picayune newspaper was doing on homelessness in the city, Jackson met Jackie Wallace, a New Orleans native who had played professionally in the National Football League (NFL) with three different teams, two of which that made it to the Super Bowl.

But the meeting wasn’t under the best of circumstances, at least for Wallace, for he was part of the story Jackson was covering – one of the multitude of homeless substance addicts who lived under the city’s maze of bridges, a dim and dirty contrast to the life he lived at the glowing top of the professional sports mountain.

Lying half-naked on a rusty box spring, Wallace looked up at Jackson, who had just nudged him awake after taking his photo. He pointed to a copy of the Times-Picayune lying folded next to his shoulder and said, to Jackson’s amazement, “You ought to do a story about me. I’ve played in two Super Bowls.” 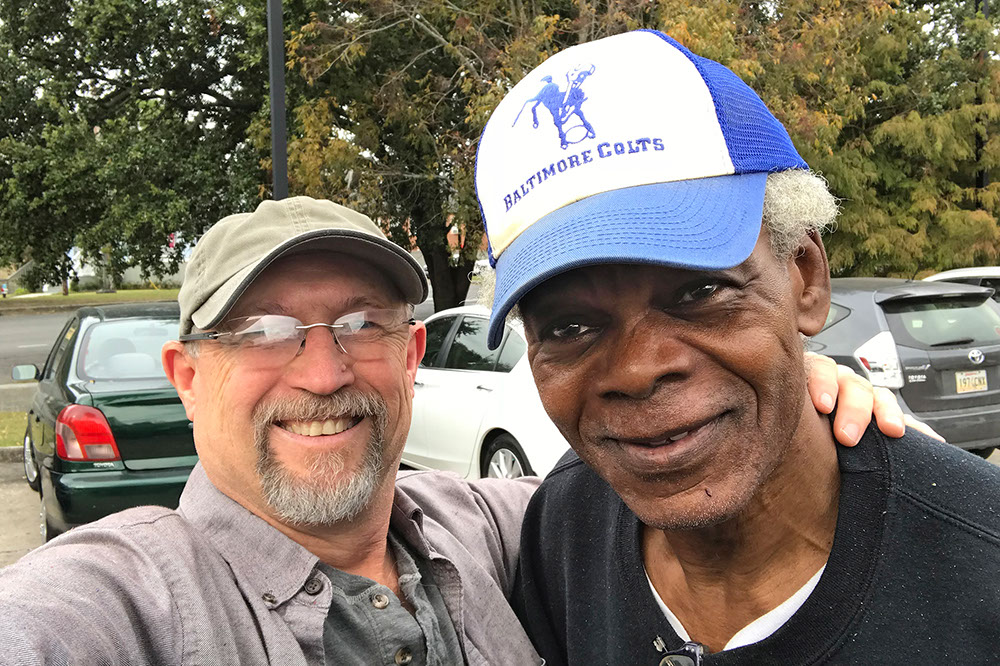 Over the next three decades, Jackson learned more about, and became inspired by, Wallace’s struggle against the demon that is addiction and his refusal to give up on life, even after falling from the NFL mountaintop when he was blindsided by the tragedy of his mom’s unexpected death that in part led to him sliding into a “vortex of darkness.” You Ought to Do a Story About Me captures the insights of his attempt to navigate the tragic and often dangerous world of homelessness and drug addiction, recovery and relapse - as well as our society’s systemic economic and racial hurdles that sometimes makes it too easy to settle into a ‘home’ on the streets in that world.

For Jackson, it’s an opportunity to tell how his eyes opened wider to a world he already knew existed, but came to understand better through the eyes and words of his friend. He hopes his book will help readers to gain some wisdom about these societal challenges, and maybe also take the time to listen to the people affected by them, as he did.

“One of the greatest gifts to a journalist is a subject who’s willing to tell you everything about himself, and Jackie has been willing to share everything,” Jackson said. “And that makes for a remarkable story.

“On the surface, it’s the simple story of a crack addict meeting a photographer – but, the endless quest for redemption, that’s the nugget.”

Jackson grew up in civil rights era McComb, Pike County, Mississippi. But he said to truly understand what social issues were really about took him a lot of years, hard knocks, and serious assignments as a journalist to meet and talk to the right people to “understand what all that was about.”

“Learning to listen to each other – if I can learn to listen to a man like Jackie, who grew up so differently than me, and he also learns from me, then we can all do that,” Jackson said. “So, this is a story about a relationship, a friendship, what we learn from each other.

“God brought us together that day under the bridge for a bigger purpose, and the bigger purpose was to share our lives with this book, about the bond we forged, and it has taken 30 years to bring that story to this point,” Jackson said. “We feel like this book is the greatest thing either one of us has ever done.”

Jackson, a native of McComb, Mississippi, is a graduate of USM’s photojournalism program and a member of its Mass Communication and Journalism Hall of Fame. He worked as a photojournalist at The Times-Picayune for more than three decades, where he was a member of the paper’s team that was recipient of the 1997 Pulitzer Prize for public service—the first Pulitzer in the paper’s 160-year history. His work was again recognized with a Pulitzer in 2006 for the compelling images he captured as part of paper’s coverage of the impact of Hurricane Katrina on the Crescent City. 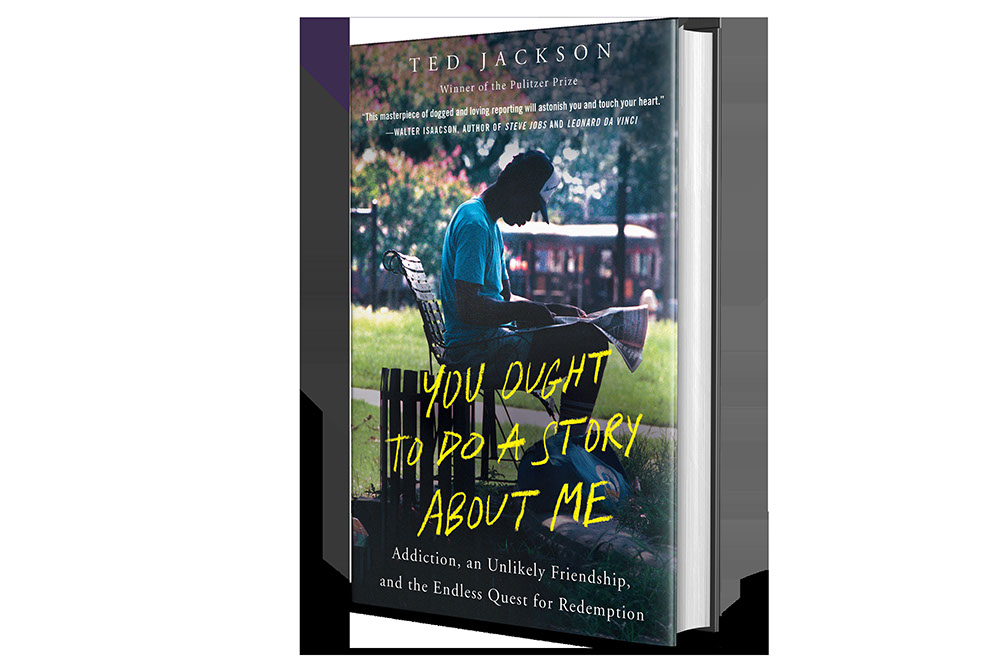