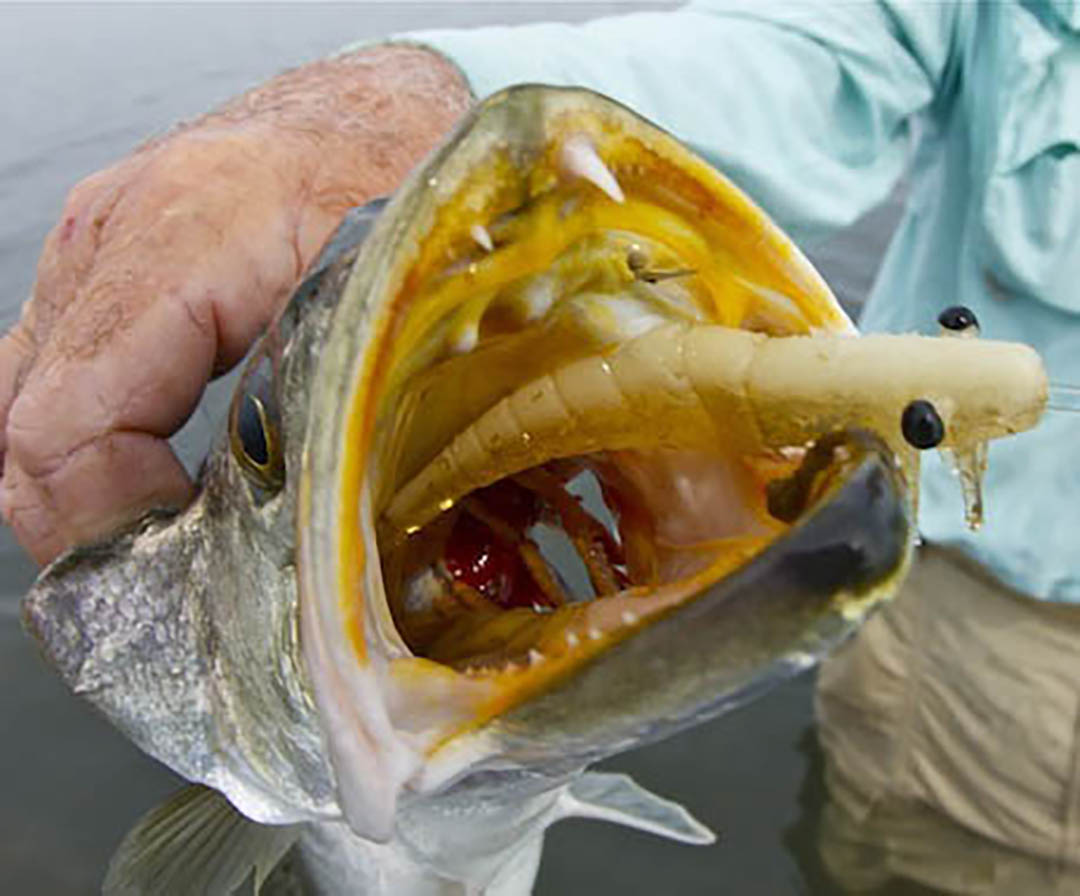 The range of Spotted Seatrout extends from Cape Cod to both coasts of Florida and throughout the entire Gulf of Mexico, but they are most common along the northern Gulf of Mexico and the Florida Gulf coast. In Mississippi, they are found from nearly fresh water in upper estuaries, throughout the Mississippi Sound, and out to water depths of ~30 feet in the Gulf.

Most Spotted Seatrout spend their entire lives in or near the estuary in which they were spawned. In an volunteer angler-based sport fish tag and release study conducted by the CFRD on Spotted Seatrout in Mississippi coastal waters during the 1990’s, 221 of the 7,423 Spotted Seatrout tagged and released during years of the study were recaptured, with 90% of those recaptured within five miles of their tag-release location. A tagging study in Alabama showed that 53% of tagged Spotted Seatrout fish exhibited no movement, while the longest distance traveled by any fish was less than 20 miles. Similar results have been found from studies in Louisiana and Florida. However, a few individual Spotted Seatrout do occasionally move substantial distances, e.g., one fish tagged in the Apalachicola, Florida area was recovered near Grand Isle, Louisiana.

Spotted Seatrout are a schooling species, particularly when they are young. They favor locations where there are current discontinuities, such as mouths of water bodies, gullies and trenches, sharp bends, and changes in bottom contour. They are not particularly attracted to hard bottoms but are often found near seagrasses and saltmarshes adjacent to deep channels.

During the pre-spawning period of February to early April, Mississippi Spotted Seatrout are ‘scattered’ throughout their home range, but by mid-April, fish old enough to spawn typically move to the higher salinity waters of the lower bays, where they remain throughout the spawning season. As cool fronts arrive in the fall, they move into lower-salinity estuaries, bayous, and the lower portions of rivers, often seeking warmer water temperatures in deep holes (thermal refuge) during cold weather. Similarly, Spotted Seatrout may take refuge in cooler deep water during extremely hot weather.

A study showed that about 30% of Mississippi female Spotted Seatrout reach sexual maturity at a length of 11". The fraction of sexually mature females increases to 43% at 12" and 66% at 13". 100% of females are capable of spawning at a length of 14". Males mature at a much smaller size. The number of eggs released during each spawning event increases substantially as the females grow older. A five-year old female can produce about five times as many eggs per spawning season as a one-year old. 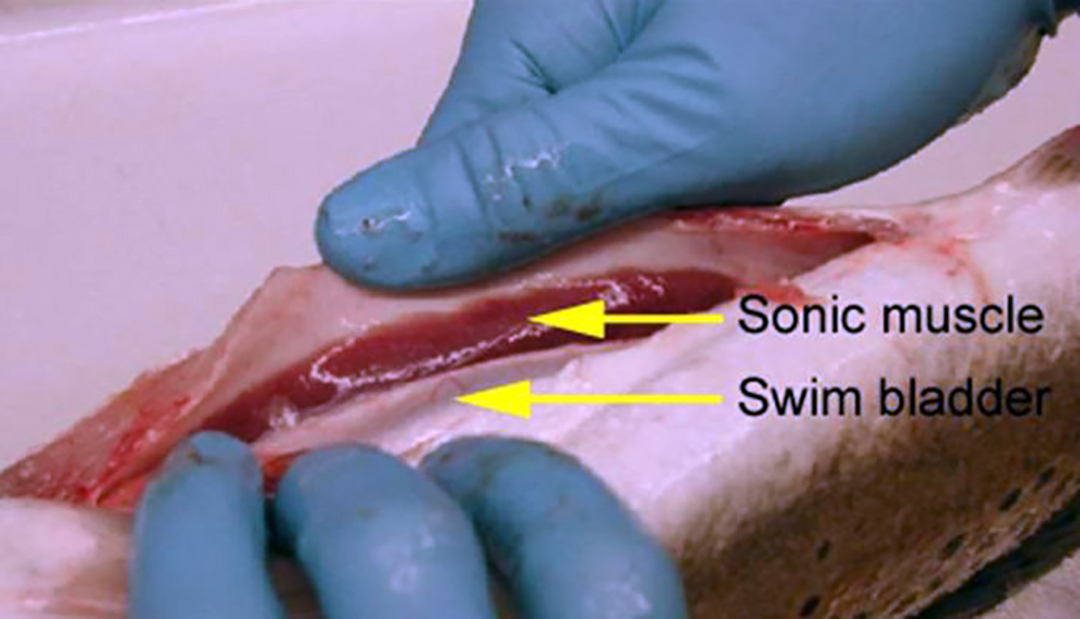 The sonic muscle is a specialized muscle that vibrates against the swim bladder to produce sound used to attract females during the spawning season. Photo Credit: Florida Fish and Wildlife Research Institute.
______________________________

The name "drum" for this family of fish comes from the ability of the male to produce a deep drumming sound that is used during courtship and sometimes when a fish is distressed.  Spawning takes place in nearshore and estuarine waters and begins when water temperature and salinity are favorable (77 to 86 oF and 17 - 35 ppt). Male Spotted Seatrout aggregate where there is good tidal current flow, in shallow bays and lagoons, or deeper channels and depressions close to grass flats, and “drum” to attract females. The drumming sound is accomplished by the contraction of sonic muscles on either side of the swim bladder. Males begin drumming near sunset and spawning activity usually continues until about midnight. Female Spotted Seatrout are broadcast spawners, and males immediately fertilize the eggs as females broadcast (release) them into the water.

Spotted seatrout eggs are spherical, measuring approximately 1/32" in diameter (0.70-0.98 mm), and contain million one to four oil droplets. About 18 hours after fertilization, eggs hatch into larvae about 1/16" long (1.3-1.6 mm). The larvae take refuge in bottom vegetation or shell rubble to avoid predators. At 6-8 weeks of age the young fish have reached a length of one to two inches (25-50 mm in length) and begin to form schools of perhaps up to 50 individuals. As Spotted Seatrout mature, juveniles move to seagrass beds, sandy bottoms, muddy bottoms, and shell reefs where they continue their lives as adults.

Larger fishes are the primary predators on Spotted Seatrout. Bottle nosed dolphins and predatory birds such as ospreys, cormorants, and pelicans also predators.