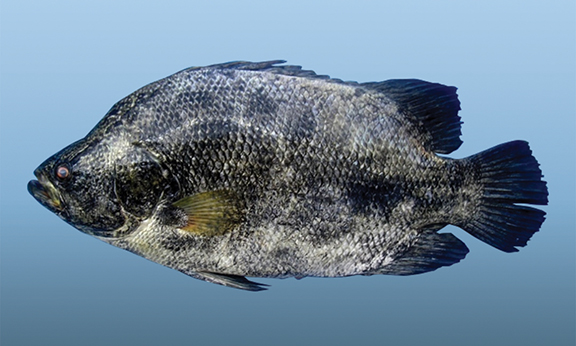 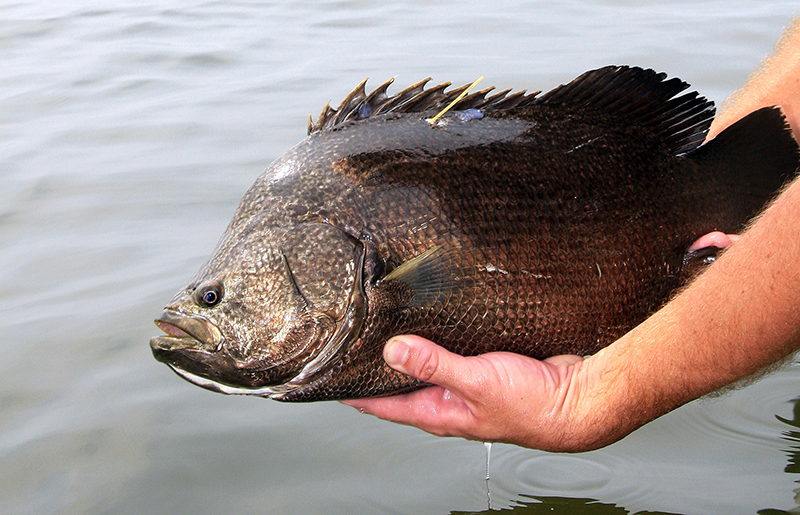 The Atlantic Tripletail (Tripletail) is the only member of the family Lobotidae in the Atlantic Ocean and Gulf of Mexico  The common name Tripletail is derived from the appearance of the large and rounded soft dorsal fin and anal fin that extend far back on the body and closely resemble the tail in color and shape, so that the fish might appear to have three tails. The body is laterally compressed and deep and the diagonal mouth is quite large. The Tripletail's eyes are small and located far forward on the head, so that the head appears to be small. The concave profile of the top of the head becomes more pronounced as the fish ages. The preopercle, the free ridge on the gill cover, has sharp serrations.

Adult Tripletail have spotted and mottled color patterns, in various shades of black, brown and gray. Juveniles are mottled with yellow, brown and black and often have a white margin on the tail. Tripletail can change their color to match their surroundings, e.g., from black to yellow to silvery grey. Young Tripletail are well camouflaged and resemble leaves or debris, particularly when floating near the surface in pelagic sargassum.

The Atlantic Tripletail reaches a length of more than three feet and a weight of more than 40 pounds, though fish typically encountered by anglers weigh 2 to 10 pounds. The current Mississippi state record Tripletail caught on conventional fishing tackle weighed 37 pounds, 12 ounces, and the current fly fishing tackle Mississippi state record is 24 pounds, 7.01 ounces. Females are typically somewhat larger than males. There are no significant external differences between the sexes. Tripletail are believed to live as long as 7 to 10 years. 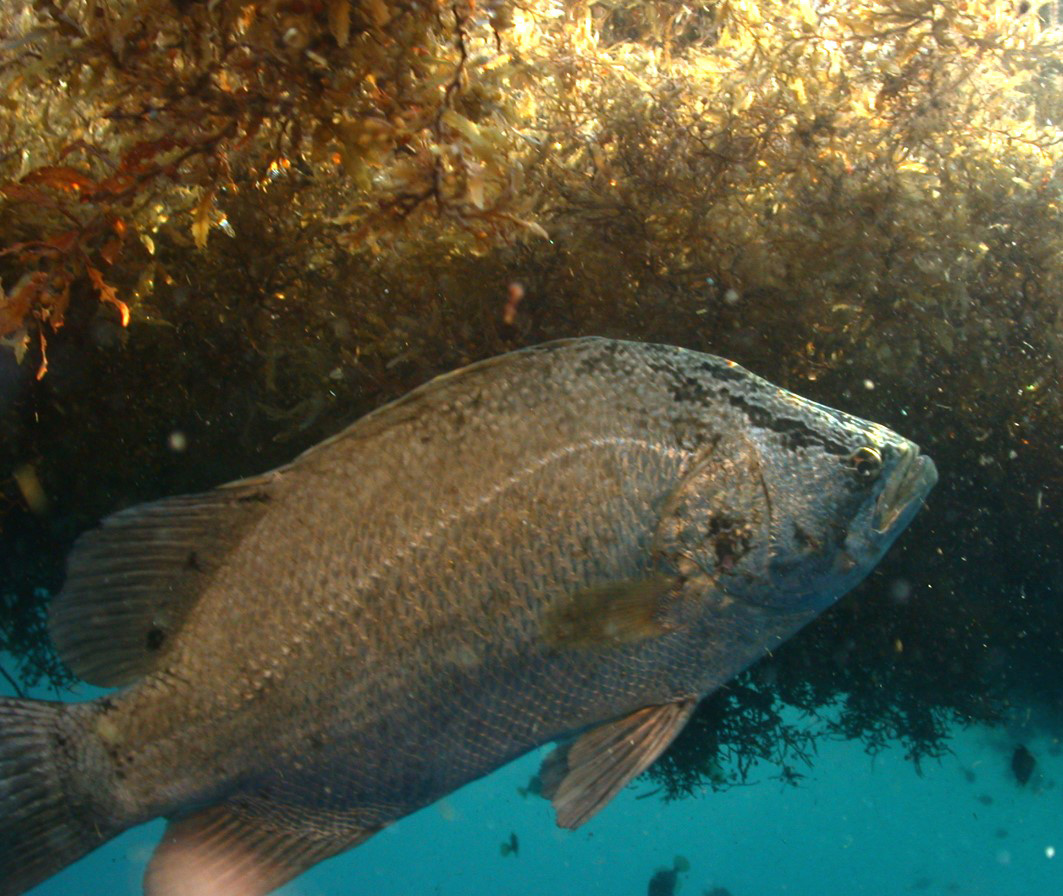 Tripletail are found around the world in most tropical and subtropical seas. In the U.S. waters, they occur from Massachusetts south along the Atlantic coast and throughout the Gulf of Mexico. They are normally solitary fish but may occur in small pods or even schools under some conditions. Tripletail are migratory, however their migration patterns in US waters are not yet fully understood. Tagging studies are revealing that some Tripletail move north and south with the seasons along the western Florida coast and US east coast. Tripletail typically first appear in bays and inshore waters along the northern Gulf of Mexico in March/April and remain through October.

Tripletail can be found in bays, sounds, estuaries and around barrier islands, often around pilings, channel markers and debris. They are also found drifting in offshore waters, almost always in association with some type of structure and floating objects. Tripletail frequently lie on their sides and float listlessly near the surface. It is thought that their odd behavior and association with objects is strongly related to their feeding behavior, but there are undoubtedly other factors. Tripletail are well camouflaged ambush predators and move quickly when attacking prey. They are vigorous when hooked. 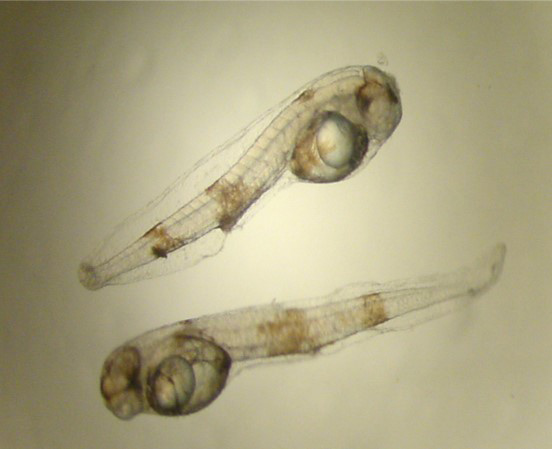 Over the past several years, the University of Southern Mississippi, Center for Fisheries Research and Development fisheries scientists have conducted studies on various life history aspects of Tripletail from the northern Gulf of Mexico, including age, reproduction, feeding ecology, and seasonal movements. These studies were primarily funded by the Mississippi Department of Marine Resources, through the U.S. Fish and Wildlife Service's Sport Fish Restoration Program. Private donations also supported aspects of this research.

A CFRD study of tripletail in Mississippi waters showed the majority of females were mature at approximately 20 inches in total length and an age of one to two years old. Some males can mature as earlier as 12 inches in total length at age one. It is presumed that Tripletail spawn in offshore waters in the Gulf of Mexico and along coastal waters of the U.S.  Atlantic Ocean. The Tripletail is a multiple spawning species (“batch spawner”), and in the northern Gulf of Mexico, females are known to spawn once every three to five days during the spawning season (typically June through August), or between 20 -30 times per season. Peak spawning activity occurs during July. A female Tripletail 24 inches in total length might produce 4.5 to 8 million eggs per spawning season. Egg production typically increases with the increased size of females. Tripletail larvae have been collected in offshore Gulf waters but are rare in inshore coastal waters.

Juvenile tripletail are commonly found in floating patches of Sargassum or other types of drift algae and appear to be strongly associated with shaded structures. Tripletail grow fastest in their first year, often exceeding 5 pounds in weight. This may be an adaptation to the high predation rate of small fishes in the epipelagic zone.

Tripletail are managed in each Gulf and South Atlantic state by specific catch/harvest regulations. In Mississippi waters, recreational and commercial limits for Tripletail are a minimum total length of 18” and 3 fish/person daily possession.