Office of the Provost

The honorary doctorate is among the highest forms of recognition The University of Southern Mississippi can bestow.

By awarding honorary doctorates to individuals of notable, outstanding qualities, the University seeks to present to its several constituencies veritable models worthy of emulation and respect. Students, faculty, staff, alumni, and the people of the state as a whole should recognize in the honorary degree recipients qualities they consider particularly relevant to their own experiences, whether these are scholarship, creative activity, a vocation, public service, University service, or a profession.

Since persons from any segment of the University community can initiate nominations for an honorary doctorate, the achievements of individuals that prompt nominations will reflect the broad spectrum of values expressed in contemporary culture. The University is committed to the important and challenging task of selecting those nominees most appropriate for recognition as exemplary models for all of us.

The Commencement ceremony where the degree is awarded will focus attention on the interface between the University and society. The qualities of the person honored should reflect the values of academia and The University of Southern Mississippi.

For all honorary degree nominees, scholarly, creative, professional, service, or occupational achievements should be placed in a framework of high personal integrity and concern for the public good. Nominees for the honorary degree should have demonstrated in their life and their work high standards of excellence as evidenced by the following criteria of scholarship, creative activity, or service:

The Honorary Degree Committee is a standing University committee chaired by the University Provost or his/her designee. The chair is a non-voting member. The Committee shall meet a minimum of four times: in September and October and in April and May, or subject to call as needed. The Committee must follow the Preferred Schedule specified in the policy except in extraordinary circumstances, when the Alternate Schedule may be followed with prior permission from the Office of the Provost. The committee consists of the following or his/her designee:

All nominations are referred to the Honorary Degree Committee, whose recommendation is transmitted by its chairperson to the Provost, who will then make a recommendation to the  University President. After review and approval by the President, the nominee's name and supporting documents are submitted to IHL for formal action.

For the screening review, the following confidential documentation is required:

For the full review, the following additional confidential documentation is required:

The Preferred Schedule and further guidelines may be found in the full policy document. 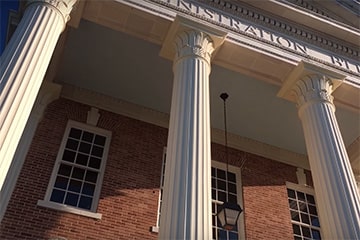