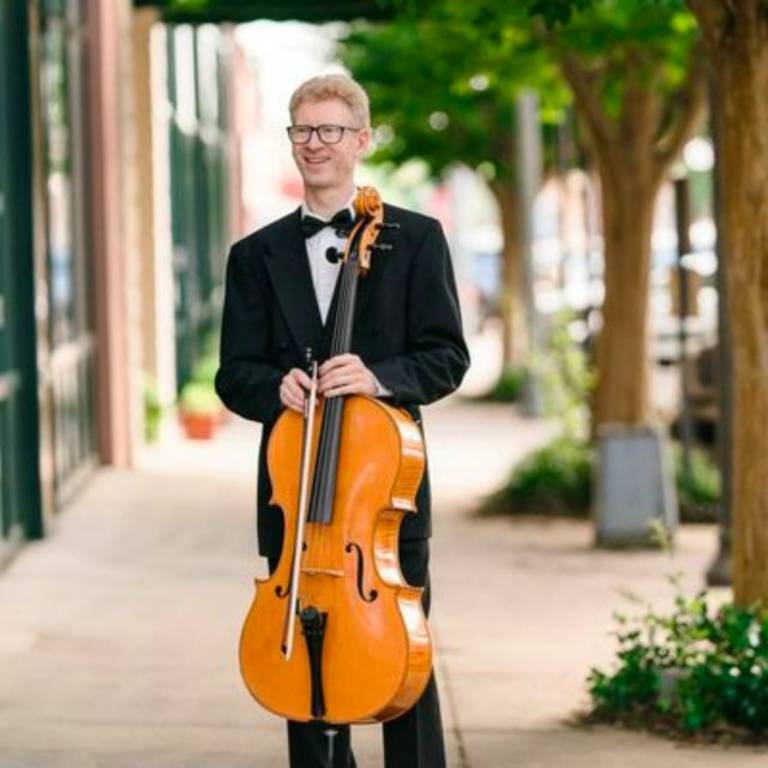 Dr. Alexander Russakovsky joined the music faculty of the University of Southern Mississippi in 2001. He also has served on the faculty of the Adriatic Chamber Music Festival in Bonefro, Italy and the Violoncello Biennial in Lima, Peru. A founding member of the Jerusalem Academy String Quartet, he has performed with the group throughout Israel and Europe. Most recently, Dr. Russakovsky has given master classes and recitals in Taiwan, Israel, and Latin America. He holds a master’s degree from Yale University where he studied under Aldo Parisot and a doctorate in cello performance from UC Santa Barbara. Compact discs featuring Russakovsky and pianist Amber Shay Nicholson have been released by Centaur and Brilliant Classics record labels. A recipient of many awards, he won the Angela and Maurice M. Clairmont Competition in Tel Aviv, the Performing Arts Scholarship Foundation Competition in Santa Barbara, and the Career Grant of the Esperia Foundation.