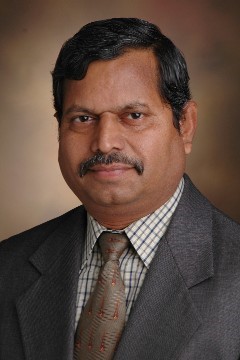 Dr Kuppareddi Balamurugan is an Associate Professor in the School of Criminal Justice, Forensic Science and Security. Dr Balamurugan has a Ph.D. in Genetics from the University of Madras, Chennai, India. As a Post Doctoral Fellow at the Research Institute in Miami Children’s Hospital, Miami, Florida, he was one of the investigators who cloned and sequenced the Aspartoacylase gene in humans and mouse that is responsible for Canavan disease, a cerebral degenerative diseases in children. Dr Balamurugan also has worked as a Forensic DNA analyst and DNA technical manager in forensic laboratories. Besides his research in molecular biology and population genetics, he also teaches forensic genetics, forensic DNA technology and several other forensic science courses at the University of Southern Mississippi. His research work includes genetics of populations, and polymorphic DNA markers for forensic human identification. He was a co-principal investigator in three NIJ/DOJ grants.