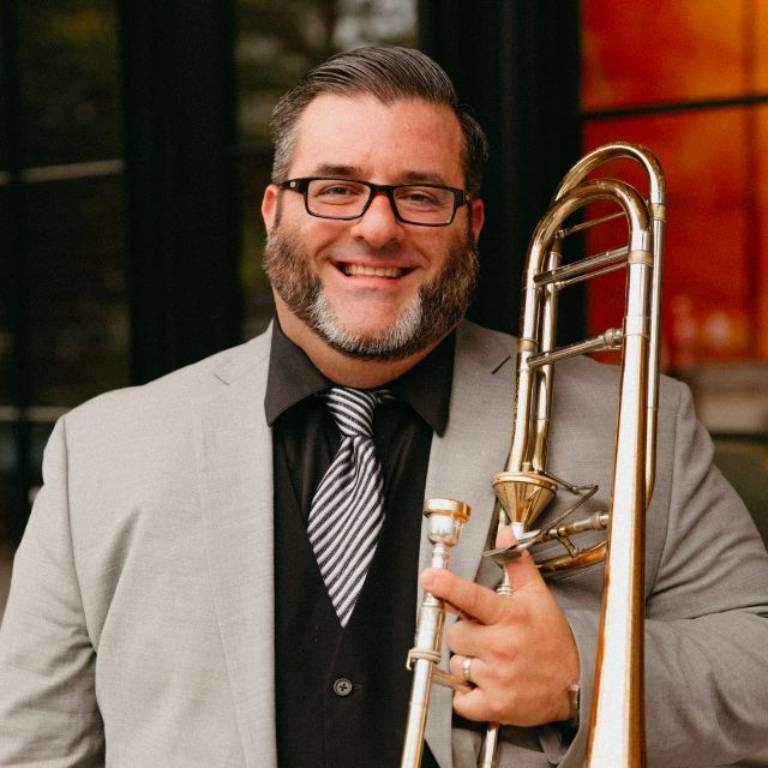 An avid supporter of modern music, Dr. Ben McIlwain has commissioned and premiered over 50 works for trombone. In 2012, Dr. McIlwain’s chamber ensemble, Tromboteam, raised $10,000 through Kickstarter.com and commissioned 9 new works for trombone ensemble, which have been recorded on the group’s first album, "Last Lap." He has performed recently at the International Trombone Festival, American Trombone Workshop, Southeast Trombone Symposium, the International Tuba and Euphonium Conference, and the International Horn Symposium. Notable past performances include soloing with the U.S. Army Pershing’s Own at the American Trombone Workshop in March 2015. In addition, he is the recipient of the Junior Faculty Creative Activity Award, the COAS Junior Faculty of the Year award, the Lucas Endowment for Faculty Excellence, and the Suggs Endowed Professorship from USM. He is a Performing Artist for S.E. Shires Trombones. Visit www.frettedslide.com for more info