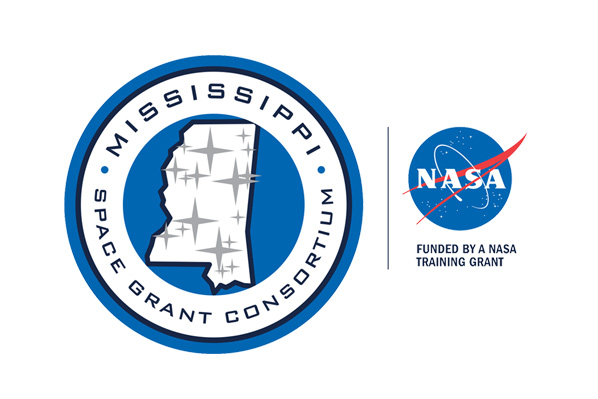 The College of Arts and Sciences at The University of Southern Mississippi (USM) announced 24 Space Grant scholarship recipients and six winners for the Innovative Design in Computing Competition (IDCC) awarded through the state-wide NASA-Mississippi Space Grant Consortium (MSSGC) program, which supports students in their pursuit of science, technology, engineering, or mathematics (STEM) degrees.

The NASA Space Grant program is designed to encourage and motivate excellence in student performance and to raise awareness of NASA employment and research opportunities among students with relevant majors at USM.

“As the Southern Miss campus coordinator for the Mississippi Space Grant Consortium since 2018, I’ve overseen the disbursement of $110,000 in Space Grant scholarships and IDCC prizes to students majoring in STEM fields,” said Dr. David Cochran, professor of geography in the School of Biological, Environmental, and Earth Sciences. “For me, it is gratifying to be able to reward our hard-working STEM students and share with the university community some of the career-altering opportunities available at NASA.”

The two winning IDCC competition teams and their projects include:

Some industries currently use large-scale sensor arrays which requires several man hours and materials that wireless sensor arrays would subvert. Because drivers allow large data centers to effectively communicate with many sensors simultaneously, the goal of this project was to create a driver that allows for full bilateral communication between nodes and clients.

Students proposed the development of a unified bilateral sensor driver that would allow deployment of a wireless sensor array over a multitude of industries.

Unmanned Aerial Vehicles (UAVs) or Drones are becoming more prominent in today’s world with a wide range of use. However, as they become more accessible to the average consumer, it will be easier for someone with malicious intent to acquire a drone. Growing problems, such as unknown UAVs entering restricted aerospace, lead to a major concern: How do we control an aerospace with many fleets of drones that are vulnerable to infiltration by rogue drones?  Students proposed a drone-to-drone authentication system that uses hardware acceleration components (FPGA) to provide a fast, low-power encryption that is secure and does not drain the UAVs resources.

MSSGC is a statewide non-profit organization supported by NASA whose membership includes 17 institutions of higher learning across the state. Headquartered at the University of Mississippi, MSSGC is led by Dr. Nathan Murray, director, and Dr. Earnest Stephens, assistant director. MSSGC provides opportunities for Mississippians who are interested in participating in NASA’s aeronautics and space programs by supporting and enhancing STEM fields, research, and outreach programs. For more information, visit msspacegrant.org