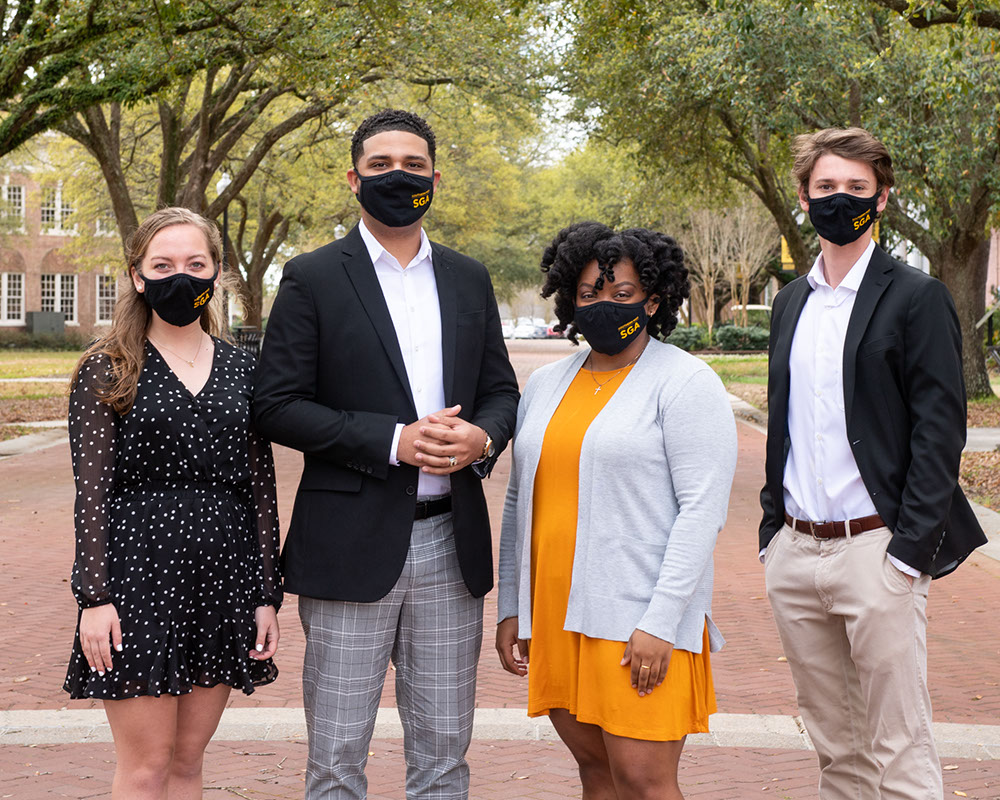 An inauguration ceremony for University of Southern Mississippi (USM) Student Government Association (SGA) executive officers will be held Wednesday, April 7 at 6 p.m. in Bennett Auditorium on the Hattiesburg campus.

Prior to their swearing in ceremony, the new SGA officers will participate in the Legacy of the Coin ceremony at 4:30 p.m. in the Leadership and Student Involvement offices, located in the Student Activities Hub.

SGA executive officers to be inaugurated include:

For information about the USM Student Government Association, visit http://www.southernmisssga.org/.