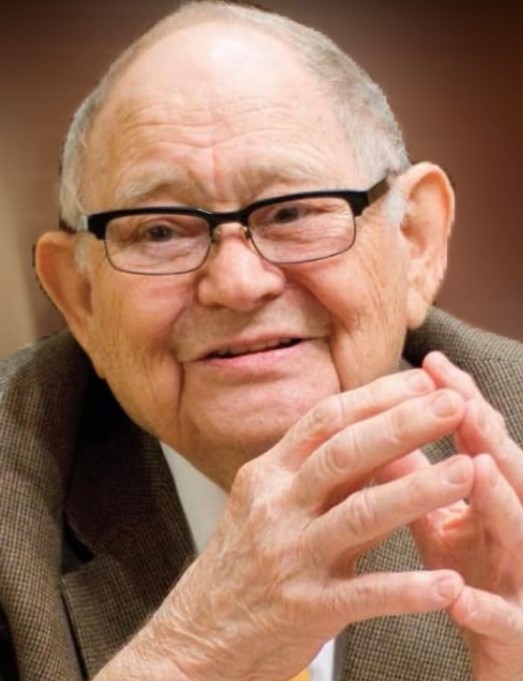 Dr. Sidney E. L. Weatherford, Jr., Assistant to the President Emeritus and Professor Emeritus of Educational Leadership and Research at The University of Southern Mississippi (USM), died Sept. 19 in Hattiesburg. He was 91.

Visitation for Dr. Weatherford will be held from 10-11 a.m. Thursday, Sept. 23 at Hulett-Winstead Funeral Home in Hattiesburg, located at 205 Bay St., with a graveside Celebration of Life service to follow at 11:30 a.m. at Roseland Park Cemetery in Hattiesburg, located at 1202 West Seventh St. Rev. Amy Roller and USM President Emeritus Dr. Aubrey K. Lucas will officiate.

A native of Petal, Mississippi, Dr. Weatherford held B.S. and M.A. degrees from USM and an Ed. D. degree from the University of Florida. He retired from the university in June 1993 with more than 32 years of service. During his tenure at USM, he served in several administrative positions, including Director of Student Counseling, Dean of the Basic College, Director of Institutional Research and Planning, and Assistant to the President. He also held academic rank and taught graduate classes in the university’s Student Personnel Administration and Higher Education Administration programs. He taught or worked with more than 50 doctoral students who became top-level college administrators throughout the nation.

At USM, Dr. Weatherford is credited with establishing a counseling program for athletes, study hall program for athletes, an athletic compliance program, and creating a full-time position of Director of Women’s Athletics. He briefly served as Interim Athletic Director, and in 1990 concentrated solely on his position as Assistant to the President. In 1993, he was named to the University’s Alumni Hall of Fame, and in 2002 he was awarded membership in the All-American Football Foundation, the first faculty representative to be so honored in all of college football.

“Sidney Weatherford was truly a man for all seasons,” Dr. Lucas said. “His tenure at USM took him in so many different areas, and he was immensely capable in each one. He always got the job done, and with a superb performance.

“He also got along so well with people, and motivated others by his example.”

Dr. Weatherford directed self-studies for the reaffirmation of accreditation by the Southern Association of Colleges and Schools (SACS) and was considered the university’s expert on accreditation. He also served as chairman of the Accreditation Study Committee of the Mississippi Association of Colleges and played a leadership role in the accreditation of several colleges in the state. He was on the Committee of the Board of Trustees of Institutions of Higher Learning (IHL) that designed and implemented the first statewide computerized student information system for the public universities.  As a member of that committee, he participated in an evaluation and refinement of the Board’s formula for the allocation of funds to the universities.

A longtime member of and chairman for the USM Faculty Athletic Committee, Dr. Weatherford and served as the Faculty Athletics Representative to the National Collegiate Athletic Association (NCAA) and was the University’s voting delegate at the organization’s annual meetings. He was a member of the Faculty Committee of the American Football Association, and served as vice president, president-elect, and president of the former Metro Athletic Conference.

“Sidney Weatherford served the University so well in so many high-level positions of importance,” said USM Vice President Emeritus of Student Affairs Dr. Joe Paul. “If President Lucas needed something important done, he would often turn to Sid Weatherford. He was truly a gentleman and a scholar.”