Wiest to be inducted into HPSD Hall of Fame 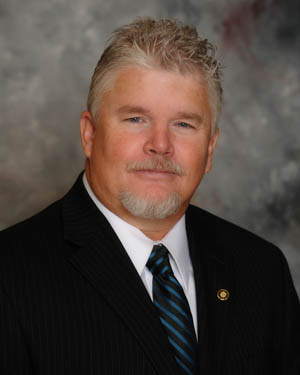 The Hattiesburg Public School District (HPSD) Hall of Fame will induct a member of The University of Southern Mississippi (USM) School of Humanities faculty when it hosts its third annual Hall of Fame ceremony in an online format Thursday, Oct. 7 at 7 p.m.

Dr. Andrew Wiest, a Distinguished Professor of History and Founding Director of the Dale Center for the Study of War & Society at USM, graduated from Hattiesburg High School (HHS) in 1978. At HHS, Dr. Wiest was in the Key Club, the marching band and all-school theater productions, and won the Leadership and Social Studies awards.

“In a long academic career, I have had some interesting honors along the way – a Society for Military History Distinguished Book Award and an Emmy Nomination,” Dr. Wiest said. “I really thought nothing could top those. But this one does. To be recognized by your own people in your own town, it really gets no better than that.

“On one hand it is incredibly humbling, because I know how many great and important people have graduated from the public schools in Hattiesburg. To be recognized in their company is wonderful and exhilarating.”

An expert on the Vietnam War, Dr. Wiest has written several books, including “The Boys of ’67,” which had a National Geographic “Brothers in War” Emmy-nominated documentary based on it, for which he served as lead historian. His “Vietnam's Forgotten Army” won the Society for Military History's Distinguished Book Award. Wiest was also chief historical consultant for the Vietnam in HD documentary, which won the New York Film Festivals Gold World Medal. He is also a member of the USM Alumni Association Hall of Fame.

When he is not engaged in his academic pursuits, Dr. Wiest finds time to coach youth baseball and basketball and continue engaging in his passion for music by playing drums and singing in the popular local band “The Mississippi Tornados.”

He fondly recounts his days at the various schools he attended in the HPSD, from elementary through middle school and ultimately at Hattiesburg High School (S.H. Blair Center).

“Walking down the halls at Woodley (elementary school), Thames (elementary school), Lillie Burney (ninth grade), Rowan (10th grade), and Blair (11th and 12th grades) -- going to algebra class, art with Mr. Brantley; geometry with Coach Moore; English with Mrs. Vance; biology with Mrs. Bufkin, band with Mr. Ulmer - those days were fun, but also overwhelming and sweaty, as we had no air conditioning back then. But they were the best days I ever had.

“That kid who walked down those halls and learned from those teachers would have never dreamed of this wonderful honor.”

After attempts at athletics in high school, Dr. Wiest decided instead to join the HHS Tiger Marching Band. “I wasn't much of an athlete, so I gave that up in ninth grade, but I jumped headfirst into being a band nerd,” he said. “I played in the drumline and had a great time marching at football games at halftime.”

Dr. Wiest credits a corps of dedicated and beloved HPSD teachers for putting him on the path to success.

“Man, did I have some good ones, but the biggest influences on me were probably those involved in one way, shape or form with history,” he said. “Nancy Ratliff taught Greek and Roman Civilization and Myths and Epics. I loved that class. In history, I had Mrs. Pickett, Mrs. Bowering, Mrs. Chambers -- all of those had great influences on me and pushed me to become something more than I already was.

“Perhaps most of all was Mr. Turner -- I really wanted to be like him.  For years after I would even drop by his class to let him know what I was up to.  They and so many more really changed who I was.”

Michael Marks, chair of Hattiesburg Hall of Fame, said Dr. Wiest’s selection for the honor reflects on the work of those teachers he praises.

“I admire Dr. Wiest’s penchant for research and all things academic,” Marks said. “His track record as a national expert on military history and as a highly accomplished educator speaks volumes for his pursuit of excellence, due in part to his teachers in the Hattiesburg Public School District who prepared him for a life of service.”