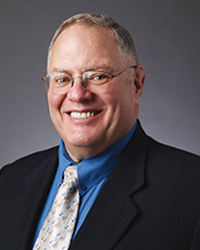 Peter Kranske, CSSP, Landmark Event Staffing Services Inc.’s President and Chief Operating Officer, will be presented with the Lifetime Achievement Award during the 2022 National Sports Safety and Security Conference & Exhibition on June 28-30 in Orlando. The event is presented annually by the National Center for Spectator Sports Safety and Security (NCS4) at The University of Southern Mississippi.

The Lifetime Achievement Award recognizes the long-term accomplishments and contributions of an individual who has earned the respect and admiration of professional colleagues in the sports safety and security community. The award was developed to commemorate exemplary talents and contributions demonstrated by an individual’s dedication, loyalty, ability, and integrity. The award is sponsored by Meridian Rapid Defense Group, which provides SAFETY Act Certified barriers for major sporting events across the U.S.

“It is an honor to be recognized by NCS4,” said Kranske. “Landmark has been with NCS4 since the beginning, and we value the mission and advances that NCS4 has brought to the crowd management and event security industry.”

A pioneer of the crowd management industry, for nearly four decades, Kranske was an owner and officer of Contemporary Services Corporation. During that time, he was responsible for the field operations for thousands of events at venues throughout the United States. In his tenure, he has developed and directed security and crowd management programs for almost every type of sporting and entertainment event.

“Peter thoroughly deserves this honor, reflecting an extensive and impactful career in the event staffing industry,” stated Dr. Stacey A. Hall, NCS4 Executive Director and Professor of Sport Management. “A successful business leader, Peter’s vision and commitment helped grow his company to become a major player in the event staffing space, which plays a significant role in keeping spectators and participants safe at events all over the country. Peter has been attending NCS4 events since its inception and continues to be a valuable supporter of our mission.”

Kranske developed the crowd management and security plans for numerous new or remodeled arenas and stadiums. After September 11, 2001, Kranske was appointed by the NFL to the Commissioner’s Task Force on Best Practices for Stadium Security and was asked to chair the NFL Stadium Security Training Sub-Committee. In that position, he led and provided significant input into the original NFL Best Practices training program. He has served as a security and crowd management consultant with the NCAA Final Four, Pac-12 Conference, and Wal-Mart Stores, Inc. He has also consulted with the NHL on their Winter and Heritage Classics and served as an expert witness in high-profile cases. Kranske is a Certified Sport Security Professional (CSSP).

About the 13th Annual Conference:

The National Sports Safety and Security Conference & Exhibition will be held at the Omni Orlando Resort at ChampionsGate on June 28-30 in Orlando. The conference will attract over 450 attendees and 70 exhibitors representing professional sports, intercollegiate athletics, interscholastic athletics, marathon and endurance events, sport and entertainment facilities, and those who provide safety and security products and services to the industry. For more information, visit http://www.ncs4.usm.edu/conference/.

Established in 2006, the National Center for Spectator Sports Safety and Security (NCS⁴) is the nation’s only academic center devoted to the study and practice of sports safety and security. The NCS4 is partially underwritten by grants from the Department of Homeland Security (DHS) and the Federal Emergency Management Agency (FEMA). The NCS4 mission focuses on three key pillars – Training and Education, Research, and Outreach. For more information about NCS4, call 601.266.6183 or visit ncs4.usm.edu.