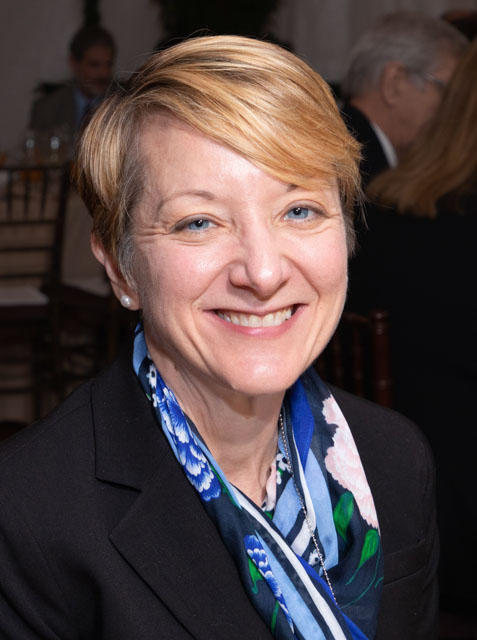 One of the most widely respected experts on the U.S. political scene is Dr. Frances Lee, an honors graduate of The University of Southern Mississippi (USM, ’91) who holds a Ph.D. in political science from Vanderbilt University and is currently a professor of politics and public affairs at Princeton University. Dr. Lee’s research examines how the United States Congress works and how it often fails. Her 2016 book, Insecure Majorities: Congress and the Perpetual Campaign, demonstrates that Congress is most intensely partisan when the parties are well balanced.

Dr. Lee is also the author of numerous other works, including Beyond Ideology: Politics, Principles, and Partisanship in the U.S. Senate and articles in the American Political Science Review, American Journal of Political Science, Perspectives on Politics, and Legislative Studies Quarterly. New York Times columnist Ezra Klein said Lee’s scholarship “genuinely change[d] my understanding of how American politics works.”

On Nov. 15, Dr. Lee returned to her alma mater to give the Nov. 15 USM University Forum lecture “Congressional Policymaking in a Fiercely Competitive Era.” Southern Miss Now recently caught up with Dr. Lee to get more of her reflections on the current American political scene as well as her time as a student at USM, including how one of its beloved former presidents convinced the then Petal (Miss.) High School senior in 1987 to choose Southern Miss for college.

SMN: What drew you to pursue research and analysis of American politics?

FL: Strangely enough, I first began to get interested in American politics when I was an exchange student as a college sophomore in Wales. The contrasts I was seeing with USM began to pique my interest. Going to school in South Mississippi in the late 1980s where there was not a great deal of student activism, I was struck by all the protests and the wide variation in political opinion I encountered on campus in Wales.

SMN: In the time you have been involved in research and writing about U.S. politics, what have been the seminal changes that have transformed its nature, but also how that has translated into impacts on policy and the day-to-day life of the American people?

FL: I started graduate school in 1992, the year President Clinton was elected and before the “Republican Revolution” of 1994, when Republicans won majority control of the House of Representatives for the first time in 40 years. From my first years as a graduate student, I was always interested in congressional policymaking, but partisan conflict was much less intense then. My early research focused on a different style of congressional politics – the politics of the pork barrel and how Congress makes decisions about the geographic allocation of federal funds. My dissertation examined how giving all states equal representation in the Senate affected the distribution of federal grants across states and gave an edge to states that were overrepresented by the standard of one person, one vote.

As partisanship became a more salient fact about national politics, my research began to focus on the drivers and consequences of rising party conflict. My 2009 book Beyond Ideology examines how partisanship shapes all types of behavior in Congress, not just conflict on the ideological questions that divide liberals from conservatives. My 2016 book Insecure Majorities examines how the intensification of competition for majority control of Congress in the contemporary era drives a more confrontational style of partisanship in Congress as each party attacks the other and tries to draw contrasts to its political advantage.

SMN: How would you describe where we are today, particularly in a post-Trump presidency world? People speak of how divided we are politically as a nation – do you see that being remedied any time soon?

FL: The U.S. is a closely divided country, and the parties compete fiercely for control of national governing institutions. Outcomes are so close that they seem balanced on a knife’s edge. But that close competition results in narrow majorities and divided government most of the time. Checks and balances are alive and well. Neither party has been able to make great headway in legislating a programmatic agenda or moving national policy markedly to either the right or the left. Neither party can command a lasting majority from the American people, and so there is a lot of trench warfare on ideological issues.

But I would not describe U.S. national government as gridlocked or inactive. Instead, we have seen remarkable levels of national policymaking over the past few years. The economic response to the Covid pandemic was truly vast – the largest crisis response in American history, larger in inflation-adjusted terms than the historic 2009 stimulus and the whole New Deal combined. A lot of other significant legislation has passed recently, especially on infrastructure: big new spending on national parks, on highways, bridges and transit, micro-chip manufacturing, and green energy. The Congress has also come together across party lines to provide historic support for Ukraine. People seem to confuse the parties’ difficulties in legislating their platforms into law with gridlock generally. But Congress has been quite legislatively active in recent years. This activism is the focus of my 2020 book coauthored with Jim Curry, The Limits of Party.

SMN: What is your next research project?

FL: My next book will grow out of a lecture series I’m preparing to give at the University of Oklahoma next fall. In it, I intend to push back against the “dysfunction” narrative that has taken such strong root in recent analyses of American politics. I will argue that Congress performs vital functions in American government and that it continues to perform those functions even amidst today’s fierce partisan conflict. I will especially focus on Congress’s unappreciated capacity to forge compromises and arrive at legislative agreements that, while not making any side entirely happy, almost always command broad bipartisan support. In addition to this planned lecture series, I am also working on a project examining how and why media coverage of Congress often provides such a misleading portrait of what is actually happening inside the institution. Even at times when Congress is collaborating effectively across party lines—as it did during the Covid crisis—most news stories still focus on partisan conflict and disagreement.

SMN: How did being a student at USM shape who you are, both as a person and as a researcher/academician?

FL: My time at USM broadened my horizons and raised my ambitions. When I started college, I didn’t know exactly what I wanted to do with my life, but I’d never imagined that becoming a college professor might be a possibility. But at USM I found role models who helped me start to see a path toward an academic career. I tremendously admired Dr. Marjorie Spruill (former USM history professor) as an example of a highly accomplished woman and leading scholar in her field. I also looked up to Dr. Stanley Hauer (USM Professor Emeritus of English) who modeled for me both the intellectual seriousness and the sheer delight of scholarship. Dr. Noel Polk (former USM English professor) was a kind and attentive early mentor. Writing my honors thesis was my first experience in organizing a large body of material into a sustained argument. My year as an exchange student in Wales and a summer study abroad program in London were also transformative experiences. Like most college students, I made friends and had long conversations and arguments with so many bright young people. When I left USM I wasn’t yet confident that I would succeed in becoming a college professor, but I knew I wanted to try.

SMN: Who are other people in your life who influenced your development as a person and shaped your passion for education, planting the seeds for the life and career you have today?

FL: I had some wonderful teachers at Petal High School. My English teacher Patsy Fagan had a wise and knowing (and sometimes sarcastic) way of challenging teenagers. My history teacher Blanchard Hinton brought such energy and enjoyment into the classroom every day that he could engage our interest in topics very distant from our own lives and experiences, such as the conflicts between loyalists and revolutionaries in the lead-up to the American War of Independence or the deep disillusionments of the Vietnam era.

And I still recall when USM President Aubrey Lucas came out to Petal High School to encourage students there to apply to USM. It made a big impression on me. That he would take the time to come out to meet with us made me think we’d be welcomed and valued at USM – and I was!