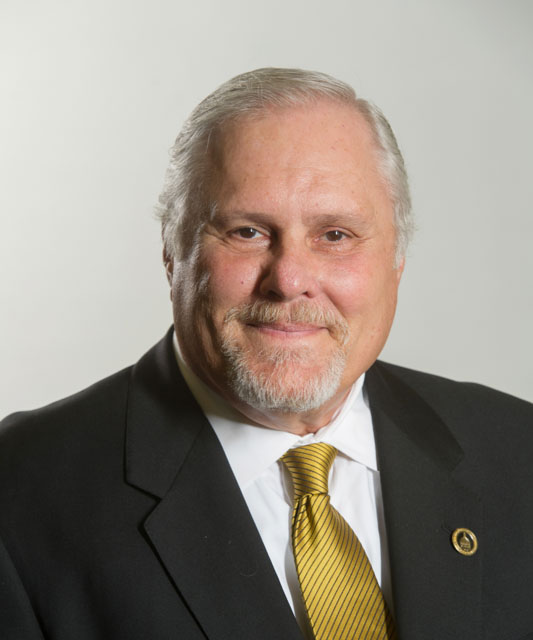 Esteemed University of Southern Mississippi (USM) alumnus and benefactor Charles “Chuck” C. Scianna Jr. will be presented an honorary degree during the University’s 2022 Spring Commencement set for 9 a.m. Friday, May 13, on the Hattiesburg campus.

Scianna will be awarded a Doctor of Humane Letters, honoris causa. Scianna, a 1975 USM graduate, is President and Founder of Sim-Tex, LP in Waller, Texas, one of the leading suppliers of API Certified Oil Country Tubular Goods since its establishment in 1986.

“I am delighted to celebrate Mr. Scianna’s exceptional loyalty, dedication, and service to The University of Southern Mississippi and to communities across our state and beyond,” said University President Rodney D. Bennett. “His investments of time, leadership, and support across a wide range of areas at USM have transformed the student experience by advancing academics, athletics, student veteran support, and the arts, just to name a few. I could not be more proud to recognize his significant contributions to generations of Southern Miss students through this distinguished honor.”

A native of Bay St. Louis, Miss., Scianna is the son of the late Charles C. Scianna Sr. and Beverly Favre Scianna and the eldest of nine children. He earned a Bachelor of Science in Business Administration from USM and served with the 4th Marine Division during the Vietnam War.

Scianna has been instrumental in shaping the lives of USM students. He has served on the USM Foundation Board of Directors and the Southern Miss Athletic Foundation Board, for the latter of which he is an honorary Lifetime Member. He is a member of the Campaign Leadership Council, which spearheaded the launch of USM’s largest fundraising campaign in March 2022. He was inducted into the Alumni Hall of Fame in 2013 and named Distinguished Entrepreneur of the Year by the College of Business and Economic Development in 2018.

“As a longtime advocate, supporter, and ambassador of Southern Miss, Chuck has given generously of his time, talents, and assets to support his alma mater and the College of Business and Economic Development,” said Dr. Bret Becton, dean of the college. “We are very fortunate to count him as one of our most passionate supporters and I cannot think of anyone more deserving of this honor.”

Scianna and his wife, Rita, a native of Long Beach, Miss., are USM’s largest individual benefactors, placing them in the Honor Club Gallery of Benefactors – Gold Level, which recognizes lifetime giving of more than $10 million. They are also members of the Aubrey K. Lucas Society, the Eagle Club, and the Circle of Champions.

Their generous investments include the lead gift in the Building Better Business Campaign, naming the state-of-the-art Scianna Hall; the commissioning of “Lofty Return,” two extraordinary golden eagle sculptures on the Hattiesburg and Gulf Park campuses; and support for The Children’s Center for Communication and Development, the Center for Military Veterans, Service Members and Families, and a wide range of athletic initiatives.

“Not only has Chuck distinguished himself on a professional level, his philanthropic work truly sets him apart,” said Stace Mercier, executive director of the USM Foundation. “He cares deeply about improving the lives of others as demonstrated by his volunteerism and charitable support of a wide variety of organizations. Chuck is one of the most engaged alumni of Southern Miss. His passion and dedication are remarkable, and I am so pleased he is being recognized for his outstanding contributions to society and our University.”

A respected business leader and champion of economic development and entrepreurship across the United States, Scianna has held leadership positions with the Marine Corps Scholarship Foundation, serves as President of the Waller Economic Development Corporation, and is current Board of Directors Chair for Boys & Girls Country in Hockley, Texas. William Carey University recently dedicated Scianna Hall, a multi-purpose building named in his honor, at its Tradition campus.

The Sciannas have two daughters, four granddaughters, and reside in Bellville, Texas, where they are members of Sts. Peter and Paul Catholic Community.