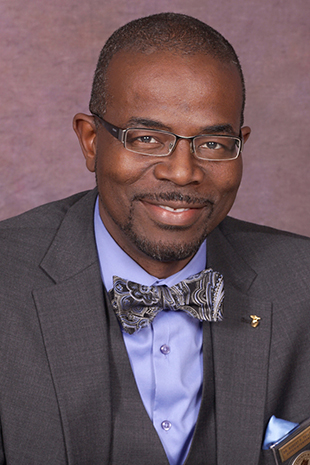 How did USM prepare you to achieve your goals?

As students we were exposed to quality professors and instructors that were admired in their respective fields. As with any post-secondary endeavor, it is incumbent upon the student to have a desire to excel. I would like to think that USM provided such an atmosphere.

Attending USM also allowed me to meet and converse with an array of people from across the globe. These were perhaps some of the richest conversations that a college student could have. I had the opportunity to study and know people from every single continent. I think this was an amazing feat for USM at the time. These experiences proved to be extremely enriching, and gave me greater insight on how others saw us as a county and a people, and I was obligated to my race to take advantage of this opportunity.

But perhaps the greatest way that USM prepared to accomplish my goals was the exposure to the real world of being undervalued, underestimated, and marginalized by a white minority, which did not always understand or support your unique needs. As a student I had to learn to work through these adversities, and fortunately, there were always white professors that extended themselves tremendously, in the service of providing us a quality education and quality support.

What would you tell your younger self?

I would also tell my younger self to be more purposeful in being a bridge builder for new students at the university and what their purpose should be while there. So many students come to college with a full array of abilities, but too often link with the wrong crowd. I would certainly push my younger self to show these bright freshmen how to enjoy college but continue to focus on your primary goal.

I would imagine that the generations before me would have said to us that the “world is your oyster.”  So it is with this new generation. It is so incumbent upon Black college students to educate themselves in nation and world change, and engage their thinking and learning beyond their major.

Perhaps for the first time in a long time, this nation is open to addressing its sordid past and making real change as we move forward, and I believe that Black college students will be at the center of this change. I would continue to ask Black college students to be politically active, regardless of the philosophy or position. I would ask that they open dialogues with those they see different than themselves, and work to hear what they are saying.

A university is designed to bring people from different backgrounds and philosophies together, and engage in conversations on change and understanding. Black college students should leverage the full breath of technology and social media to deliver a coherent message regarding our future. I want them to understand the barriers to our moving forward are so much more subtle than “Bull Conner” standing in the schoolhouse door. This subtleness will require an approach vastly different than what has been used in the past. They should be central to this work, and a university is the perfect place to develop and hone these kinds of skills.

Was college worth the investment?

I have always told my children that college was well worth the investment, and had it not been for the education I received, I would not have had as many choices in life. College for me was transformative and refreshing. In high school, I always felt a bit awkward and only began to come into myself my senior year of high school. It was tough being Black and smart. However, when I got to college, I was surrounded by other Black individuals who were just as smart, and just like me.

The college experience allowed me to expand my knowledge and experiences with people from all over the country and around the world. It certainly helped to shape my views about things that I always believed or took for granted. The idea is certainly to graduate from college, but the experience along helps one to view the world differently.  Without college, I’m not sure how my worldly view would have developed.

Why did you choose to write for The Unheard Word?

The title alone tells why I wrote for The Unheard Word. African Americans sorely needed a voice at the university, and the Student Printz university newspaper was not always that voice.  The Unheard Word allowed us to have an opposition voice that could not be silenced.  When Starting this voice was a huge leap of faith. All too often, people applaud the effort, but are reluctant to get too involved.

I appreciated the opportunity to lend to this voice, hoping that my words might get fellow students to see things differently, and question the things around them. The Unheard Word, in my opinion, recognized that The University of Southern Mississippi was in the most racist state in the Union, and that while historical focus has always been on the University of Mississippi, Southern Miss had a past that was tainted as well.

The Unheard Word was a way to not let this tainted past go unaccounted for, but rather use its words to get Black students to think more deeply about what they expected from the University and from themselves. As an opposition voice, The Unheard Word forced the university to deal with Black students in a different way and recognize they had a voice the university did not control.

What was the most impactful topic covered in the Unheard Word?

After 30 years, it’s hard to remember specific topics,  but I think The Unheard Word brought a voice to the story of Clyde Kennard and how the University had to atone for a huge wrong. Through the collective efforts of The Unheard Word and other means, we were able to get the University to recognize to some degree the role it played in his death and that we demanded he be honored for paving the way for future Black and minority students.

➤ To comment on this fall 2020 article, visit the Center for Black Studies on Facebook.
➤ To give, visit the USM Foundation.